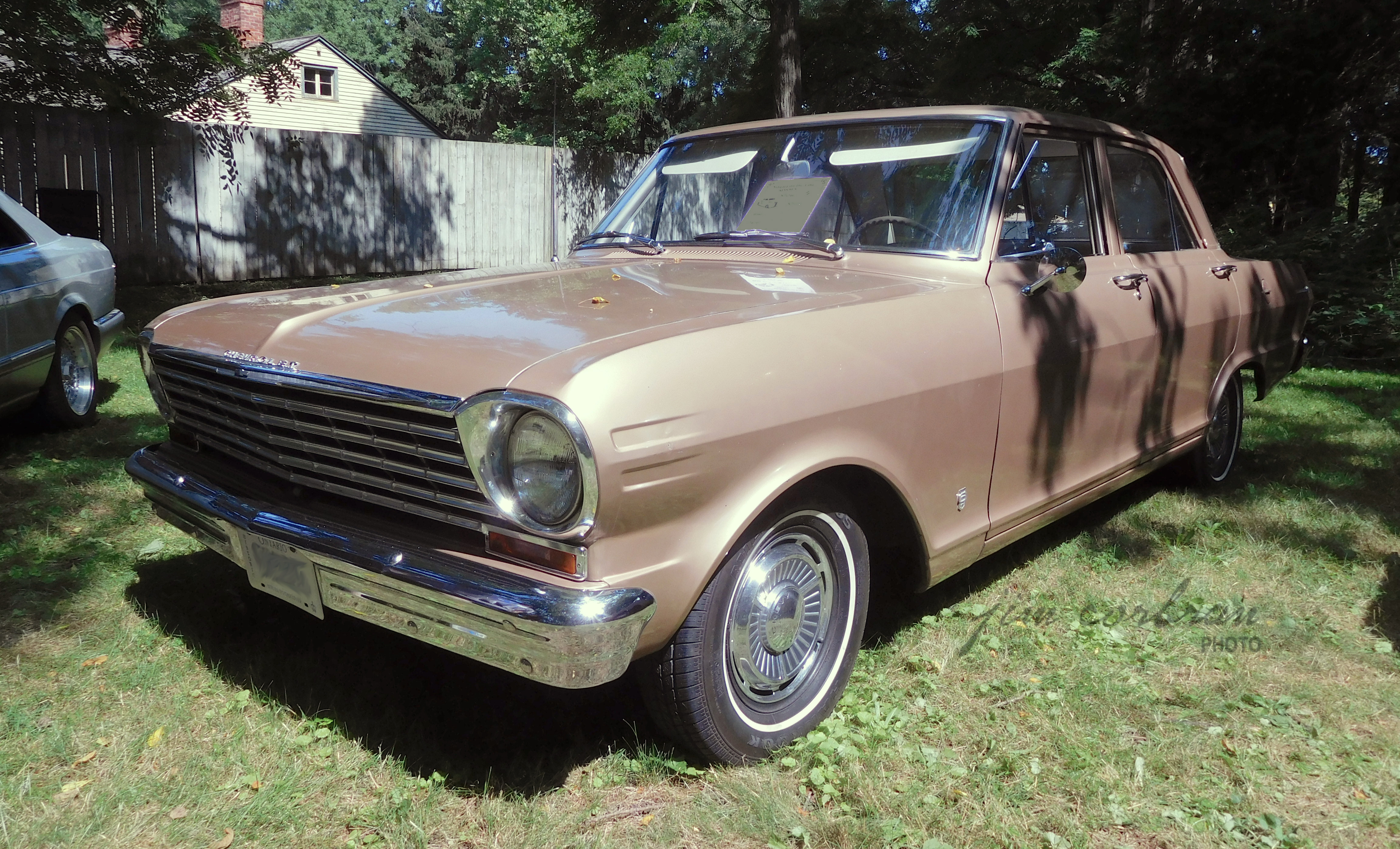 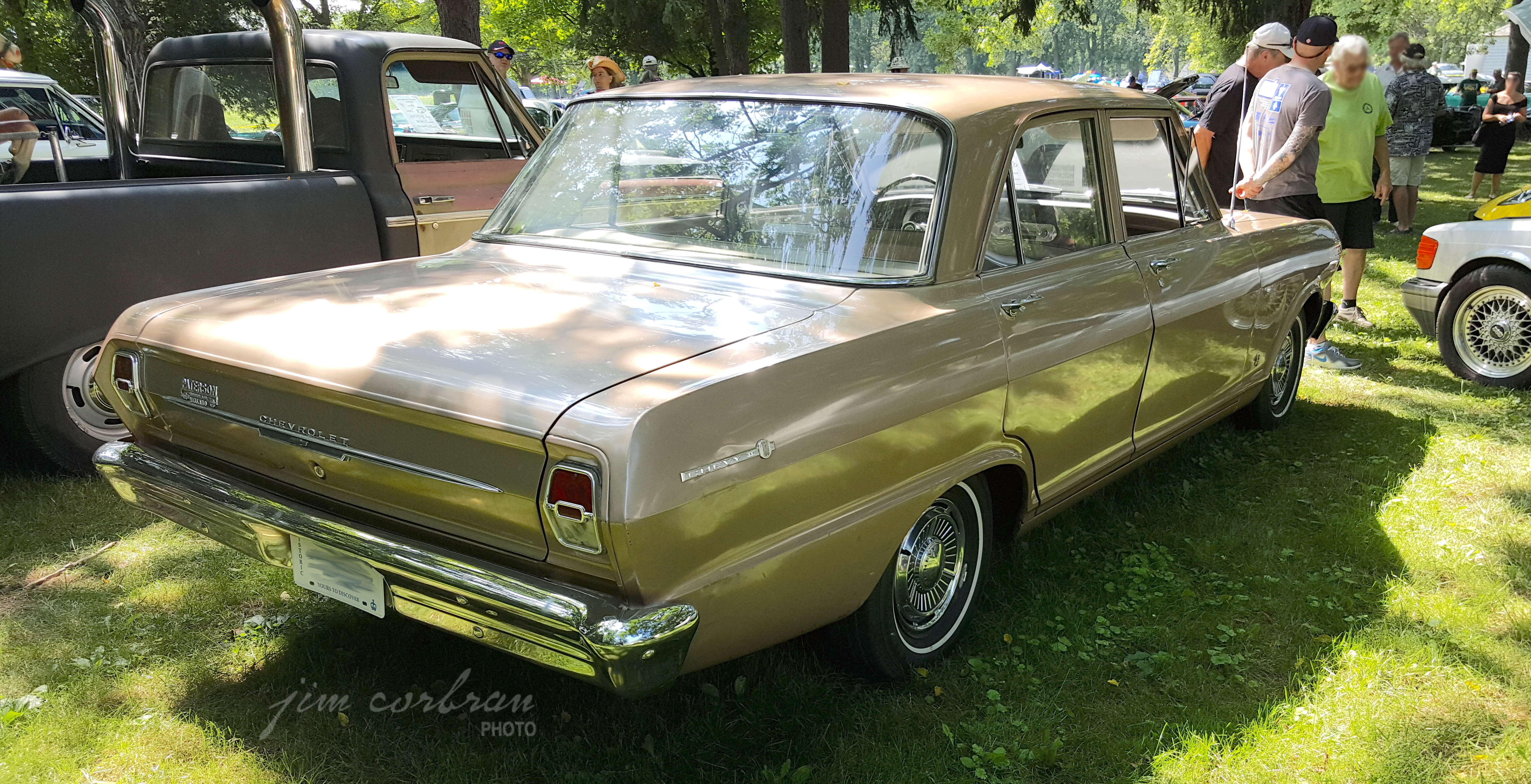 The 1962 Chevy II 100 was the low-end entry in Chevy’s new compact lineup. It was much more conventional than the rear-engined Corvair; and it looked much more like what American car buyers were used to. Chevy called it “The new one you can take complete pride in owning!” The Chevy II came standard with either a 90-hp Super-Thrift 153cid inline four, or a 120-hp Hi-Thrift 194cid inline six. A V8 wouldn’t be available until 1964. The 100 came in two- and four-door sedan models as well as a four-door station wagon. The top-line Nova 400 came in two-door hardtop, convertible, wagon, and both sedan models, while the mid-range 300 could be had in the wagon and two sedan versions. Saw this one last year at the Kinsmen Show & Shine in Niagara-on-the-Lake. Looks like it was bought new at Paterson Chev-Olds in Welland. 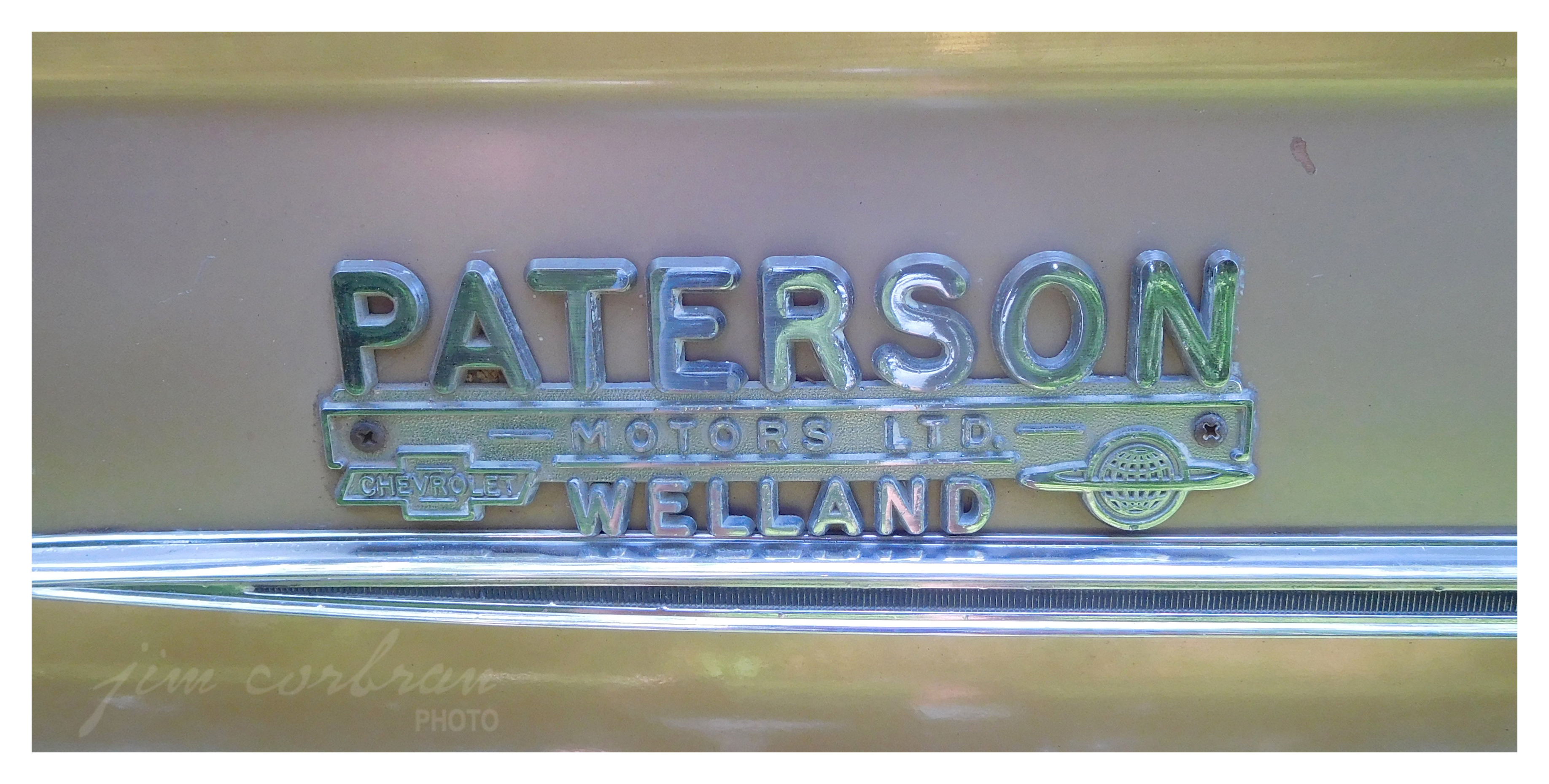