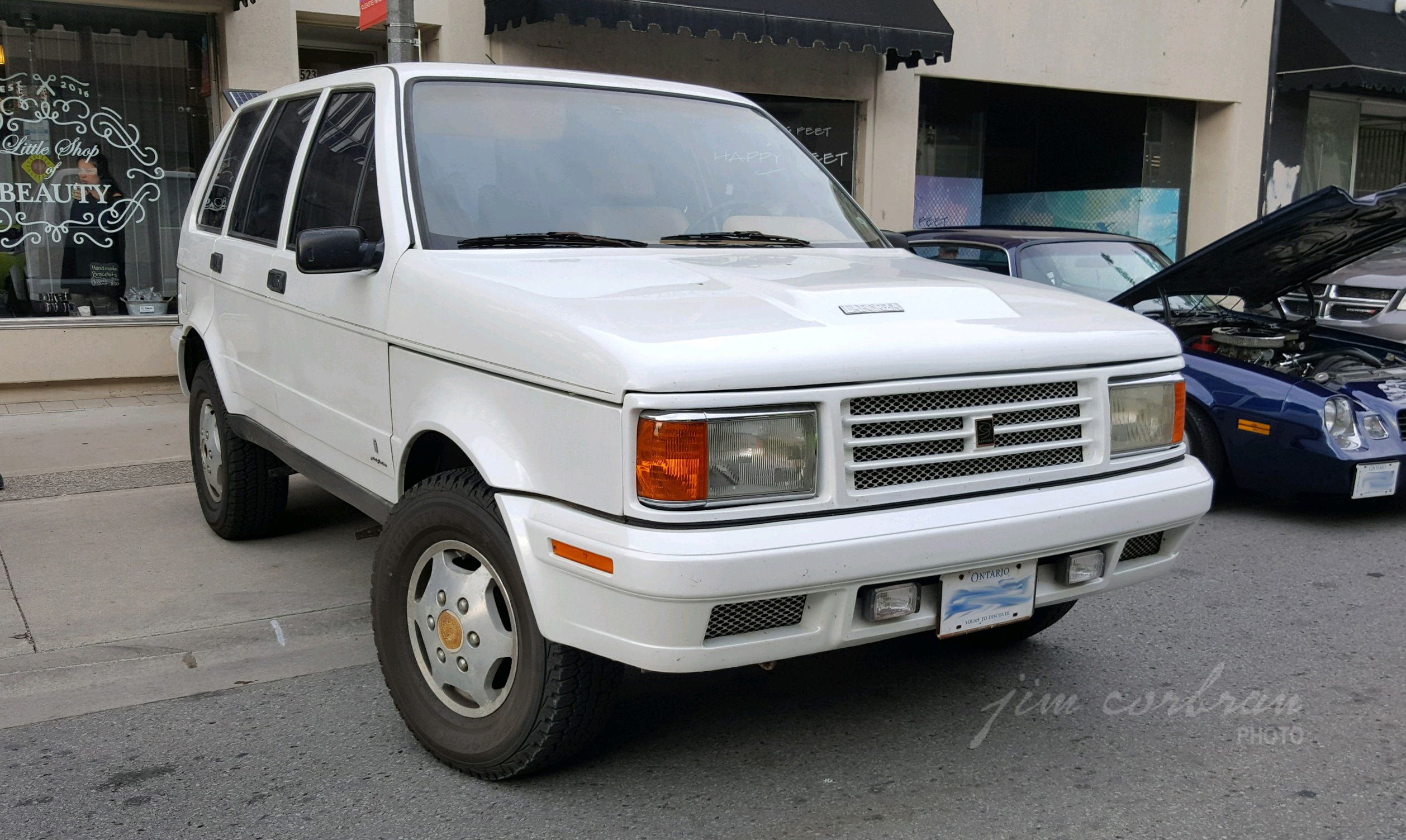 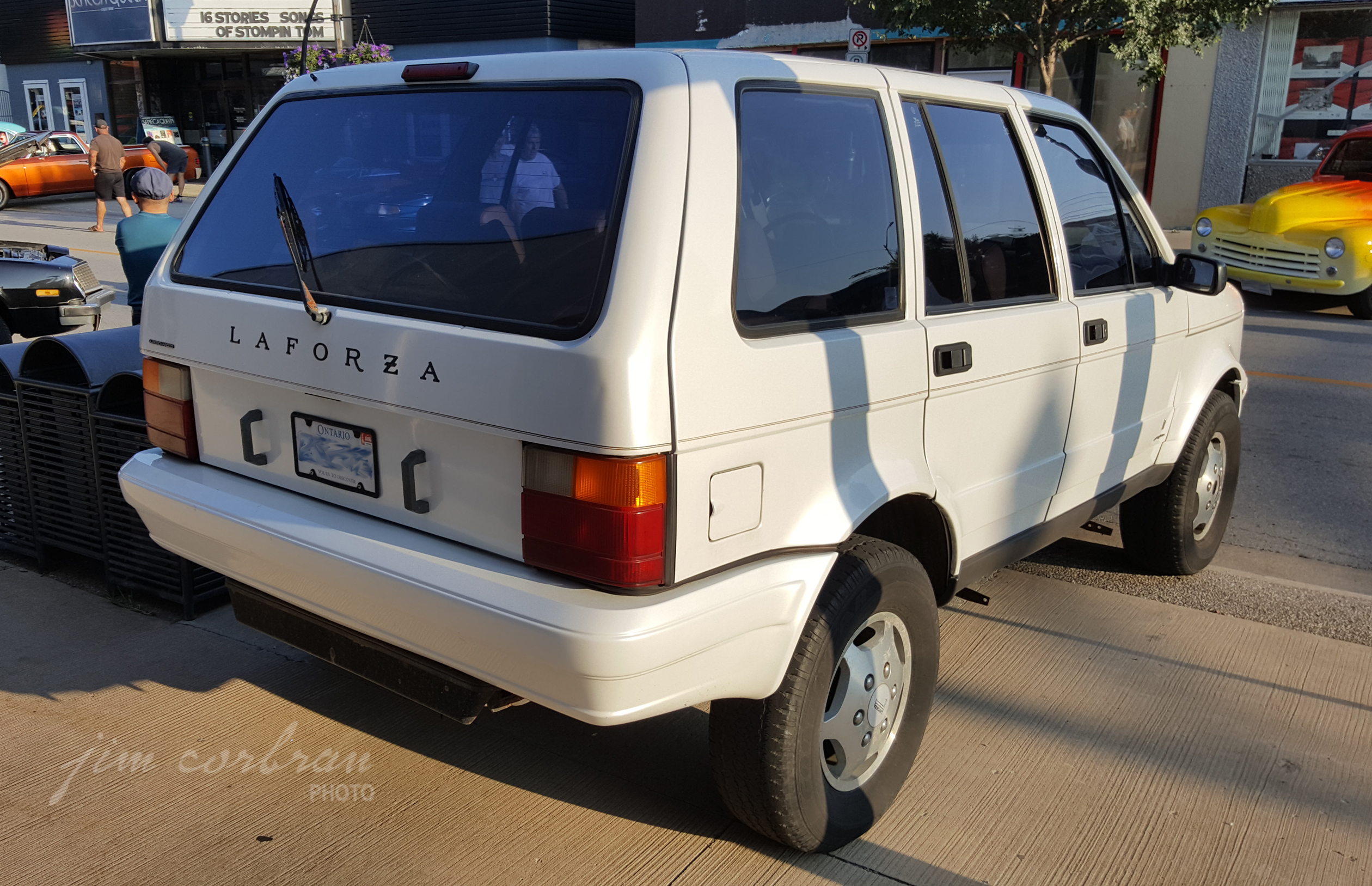 No that headline isn’t a typo. There really is such a thing as a 1989 Laforza — we had the RealRides AMC Spirit parked right next to it last Tuesday on Queen Street in Niagara Falls, Ontario at a weekly Cruising on the Q cruise night. The Laforza is an SUV which was manufactured in Italy (Laforza is Italian for “the force”) by Rayston-Fissore. The relative few that were exported to the US were finished in Michigan, where a Ford 5.0L V-8 was added — this one has the optional supercharger. European versions were offered with a plethora of drivetrains over the life of the Laforza — which wasn’t called a Laforza across the pond but, rather, was badged as the Magnum. Engines came from Fiat, Lancia, BMW, and Alfa Romeo; the undercarriage was fashioned from an Iveco army truck. The owner of today’s RealRide told me that this rather chunky-looking 4-wheel-drive SUV has a turning radius as tight as a Honda Civic! The Magnum/Laforza was meant, according to many internet wags, to compete with the rugged Land Rover. It was penned by famed designer Tom Tjaarda in Italy. Hard to say why Pininfarnina badges are proudly displayed in several places on the Laforza, as Tjaarda seems to have left the firm years before the Magnum came to life. At any rate, this was a rare find indeed, as they were only imported to the US the one year (but stories of new, 1989 Laforzas still sitting around ten years later aren’t all that unusual!).