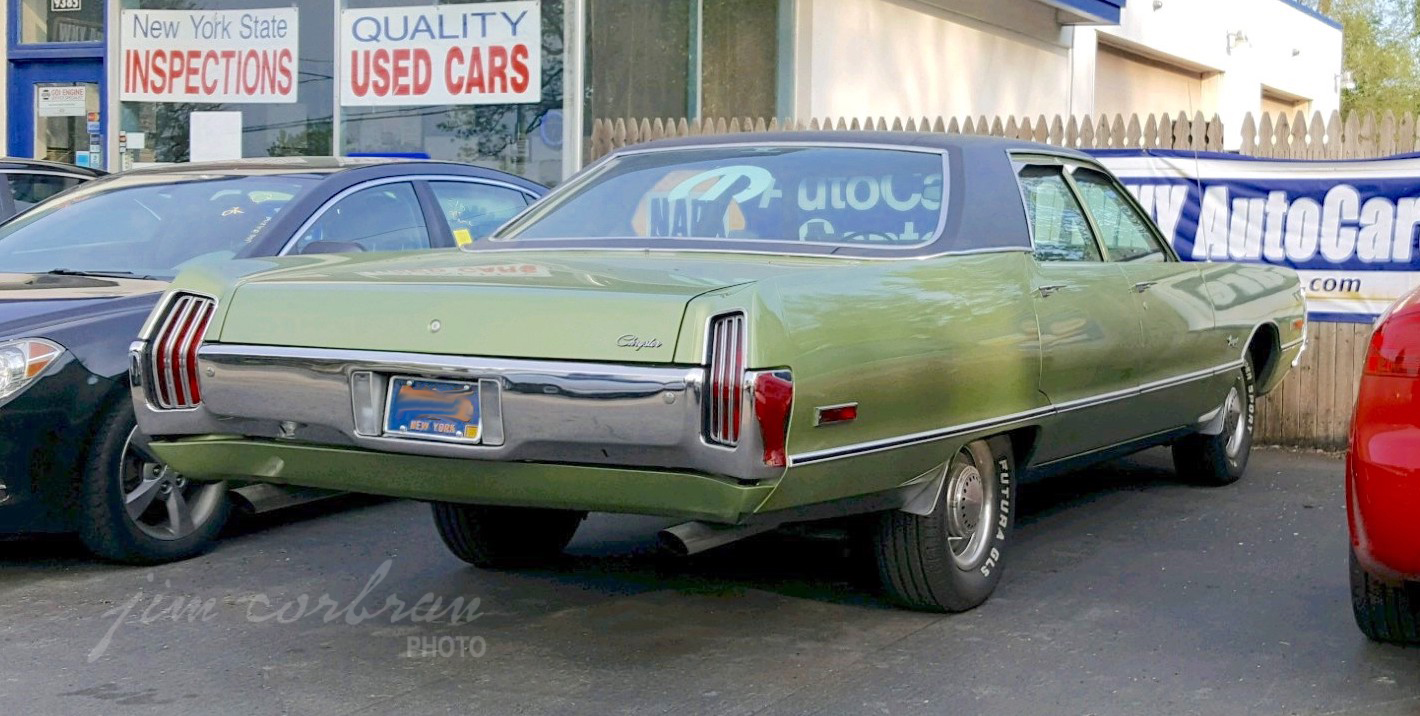 This 1972 Chrysler Newport Royal sat on the bottom rung of the big Chrysler ladder, a bit less expensive than the Newport Custom. Introduced a year earlier, the Newport Royal still came standard with a 400cid V8, TorqueFlight automatic, and power steering & brakes. Inside was a cloth-and-vinyl bench seat up front, in your choice of blue, green, gold, parchment, or black. All-vinyl was optional — as were: any kind of sound system, a/c, outside right mirror, rear shoulder belts, and a rear window defogger. Hey, this was 1972! The Royal was also available as a two- or four-door hardtop. The Newport Royal nameplate would go away the following year, when the entire lineup got a major restyle. Saw this one a while back in Clarence.