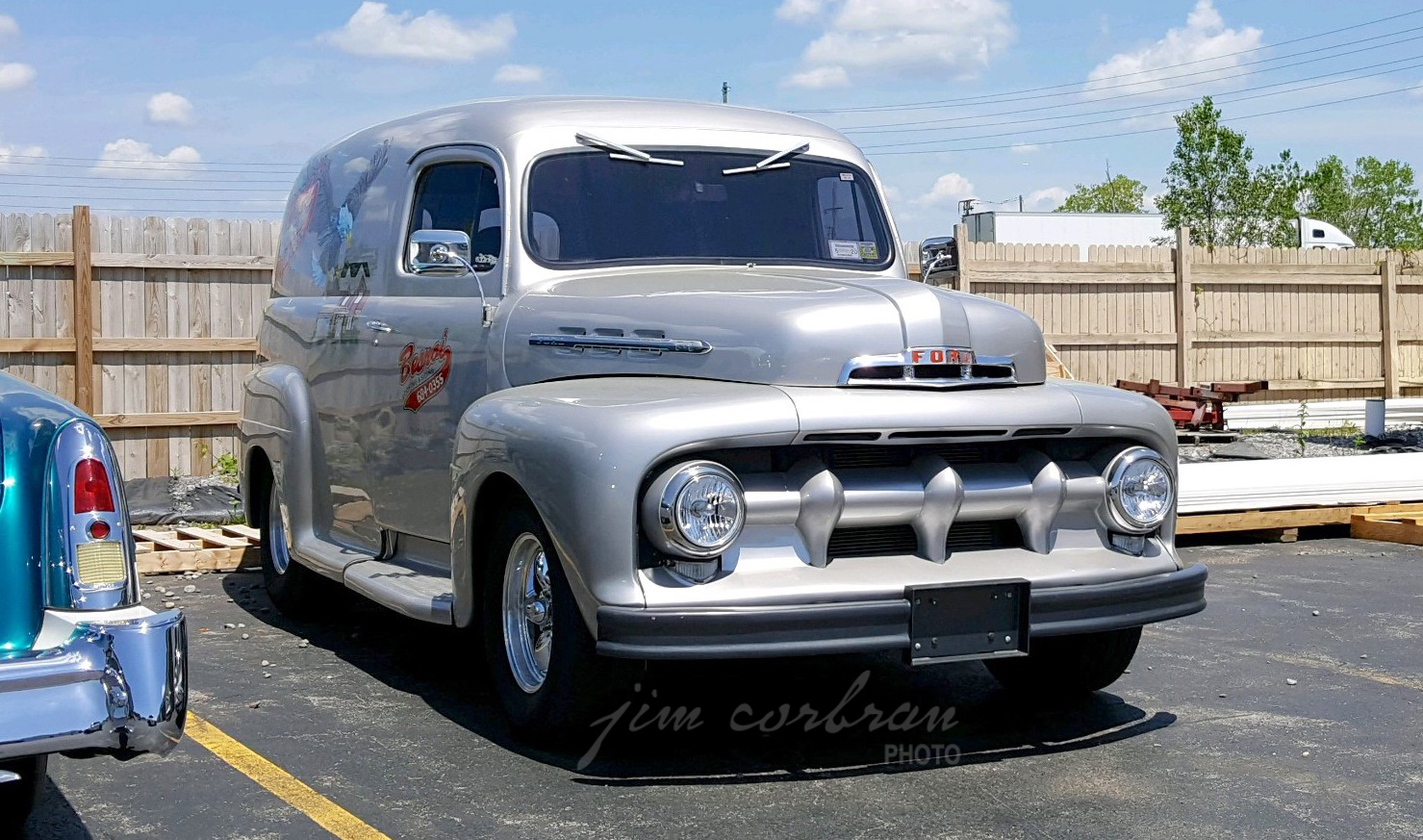 And who wouldn’t want a 1951 Ford F-1 panel truck as their delivery vehicle? In an old magazine ad, San Francisco laundry owner P. J. Elliott opined that he had “…the toughest laundry route in the U.S.” and ran his similar 1950 model “…for less than 2¢ a mile!” The ’51 brochure goes on to tell us that the Panel is “…completely sealed against dust and fumes” and has “extra large rear doors (with) 3-position door checks — 90° at full open — for easier loading”. Under the hood you had your choice of a 226cid flathead six (95 hp) or a 239cid flathead V8 (100 hp). The three-speed manual transmission was column-mounted, where it had been moved to from the floor in 1950. In Canada, there was a Mercury version, the M-1, which was sold at Mercury-Meteor dealerships (see below). Saw this silver F-1 earlier this summer in Lancaster. 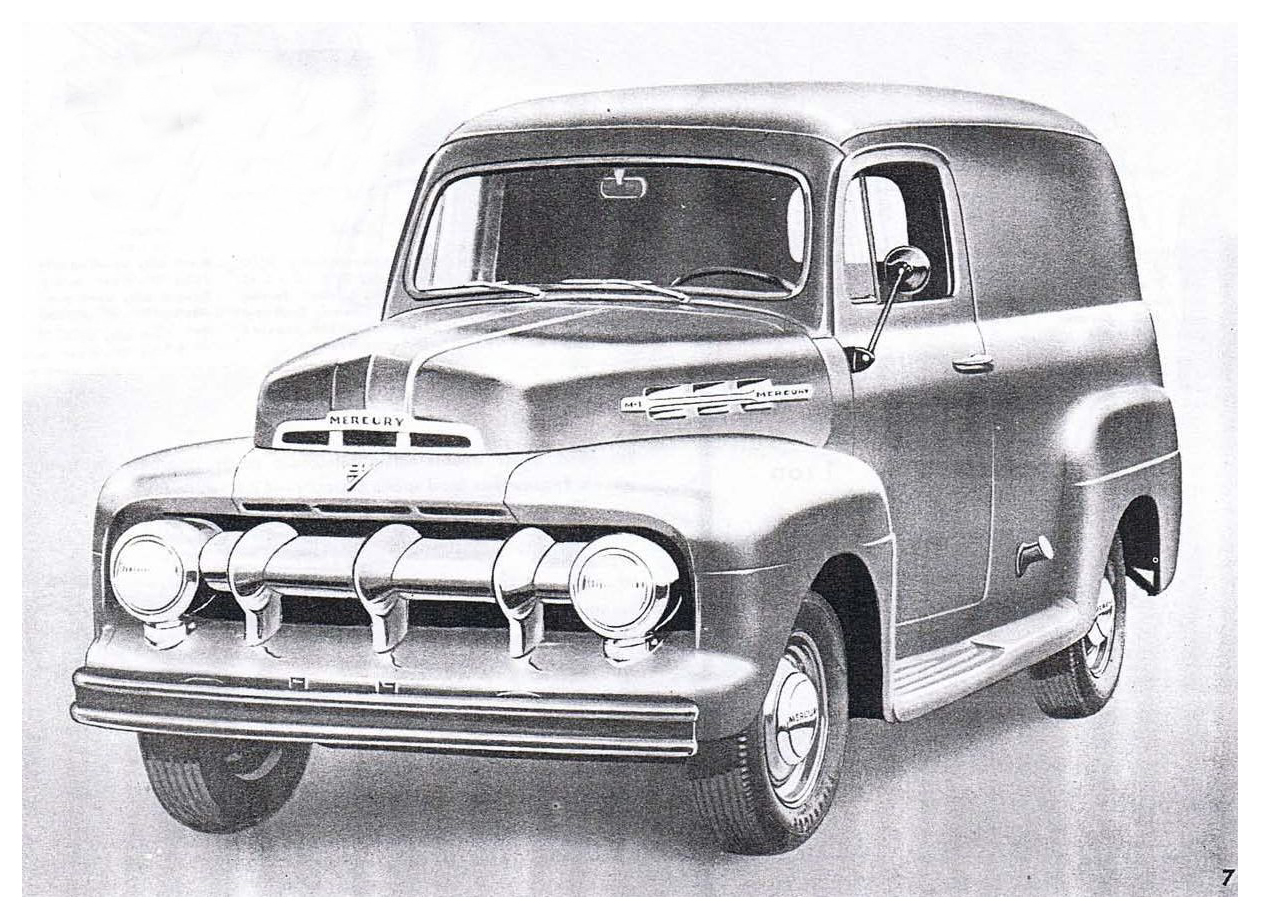