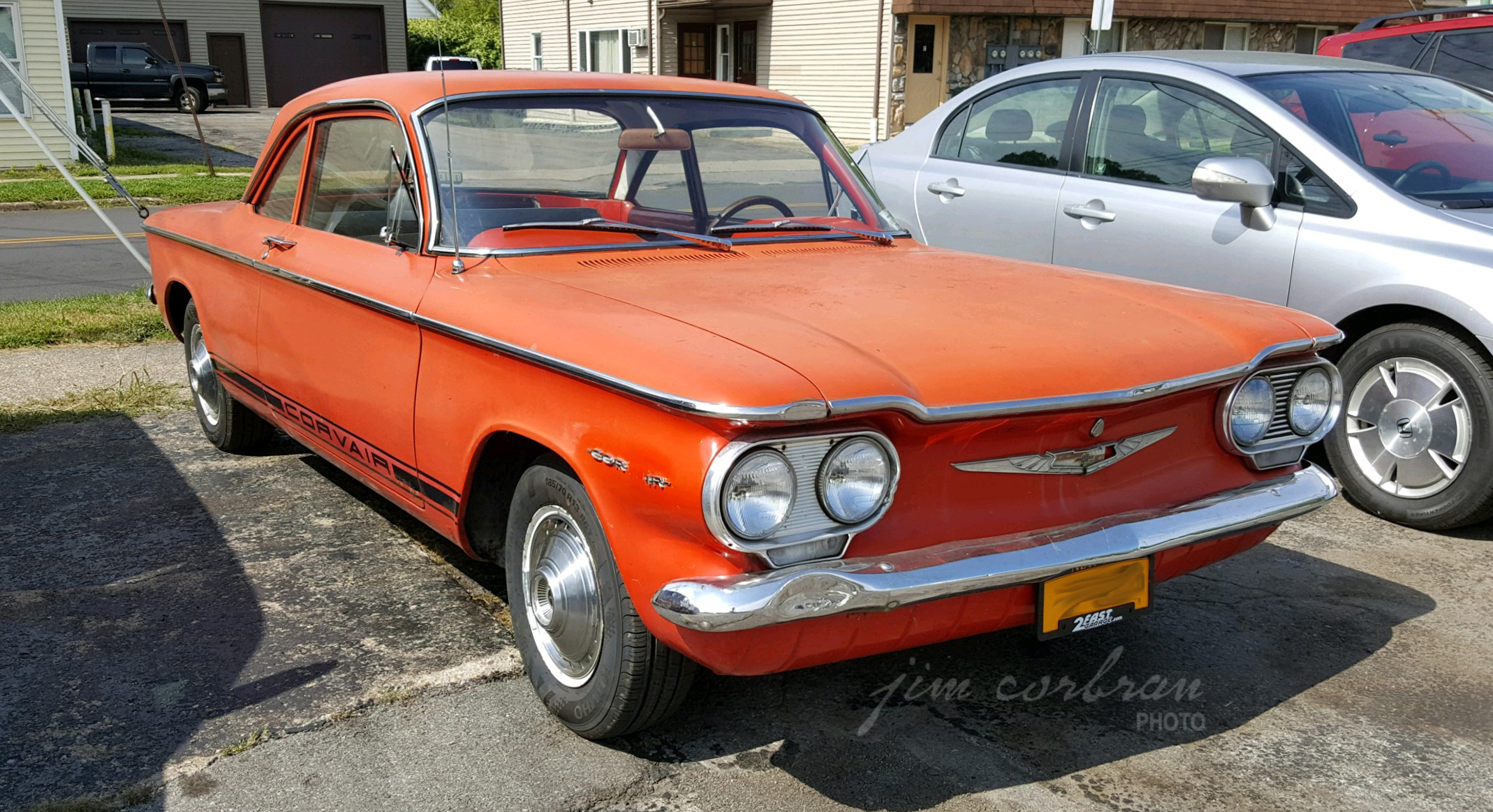 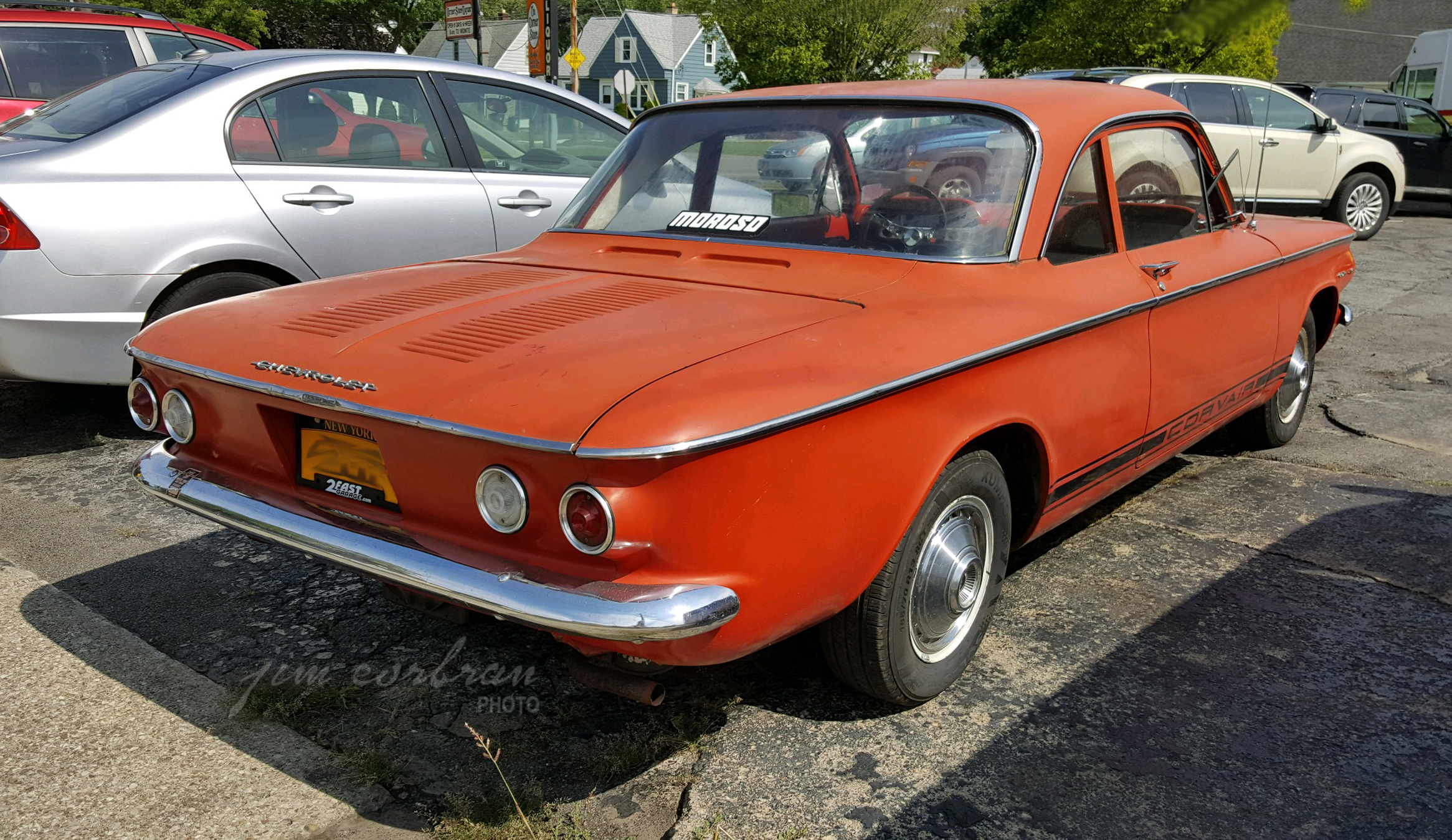 In the brochure we learned that the 1960 Chevrolet Corvair 700 Club Coupe was “one of two Club Coupe models priced within easy reach of any new car budget.” Which begs the question: What is a Club Coupe? Although the definitions of different body styles over the years have definitely taken a turn with the advent of the four-door coupe (a coupe was traditionally a two-door car), here’s the best way I know how to describe the way a coupe differs from a two-door sedan:

A two-door sedan would usually have the same roof profile as its four-door sedan counterpart, while the coupe would have a shorter, more close-coupled roofline.

The two different roof profiles are pretty obvious with the Corvair (below). At the bottom of the page we’ve gone way back to the 1939 Ford to illustrate the two sedan rooflines compared to that year’s coupe. 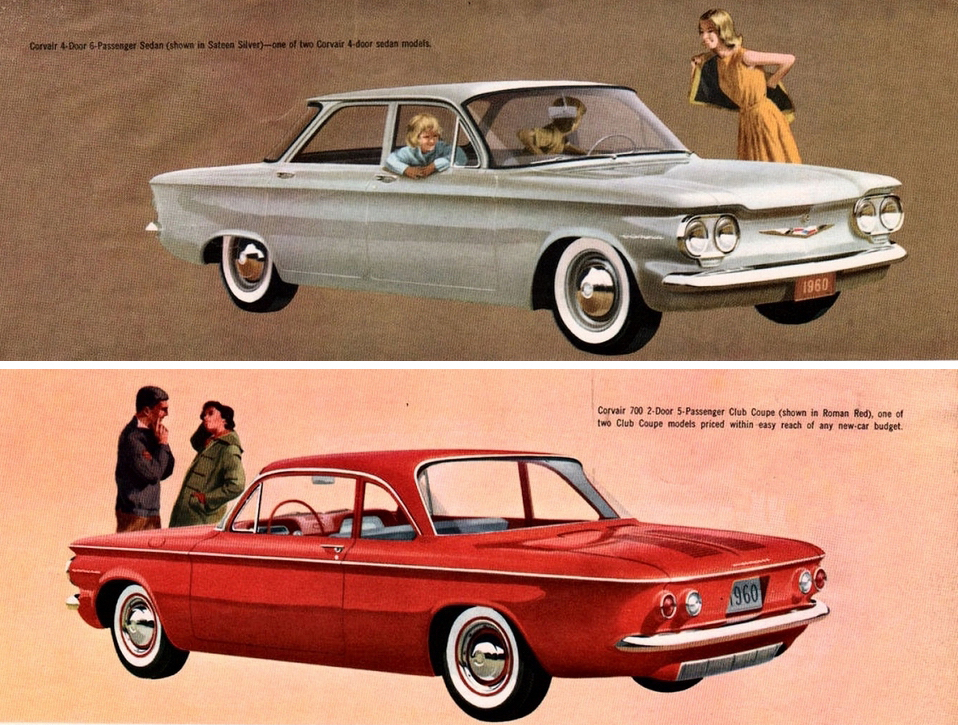