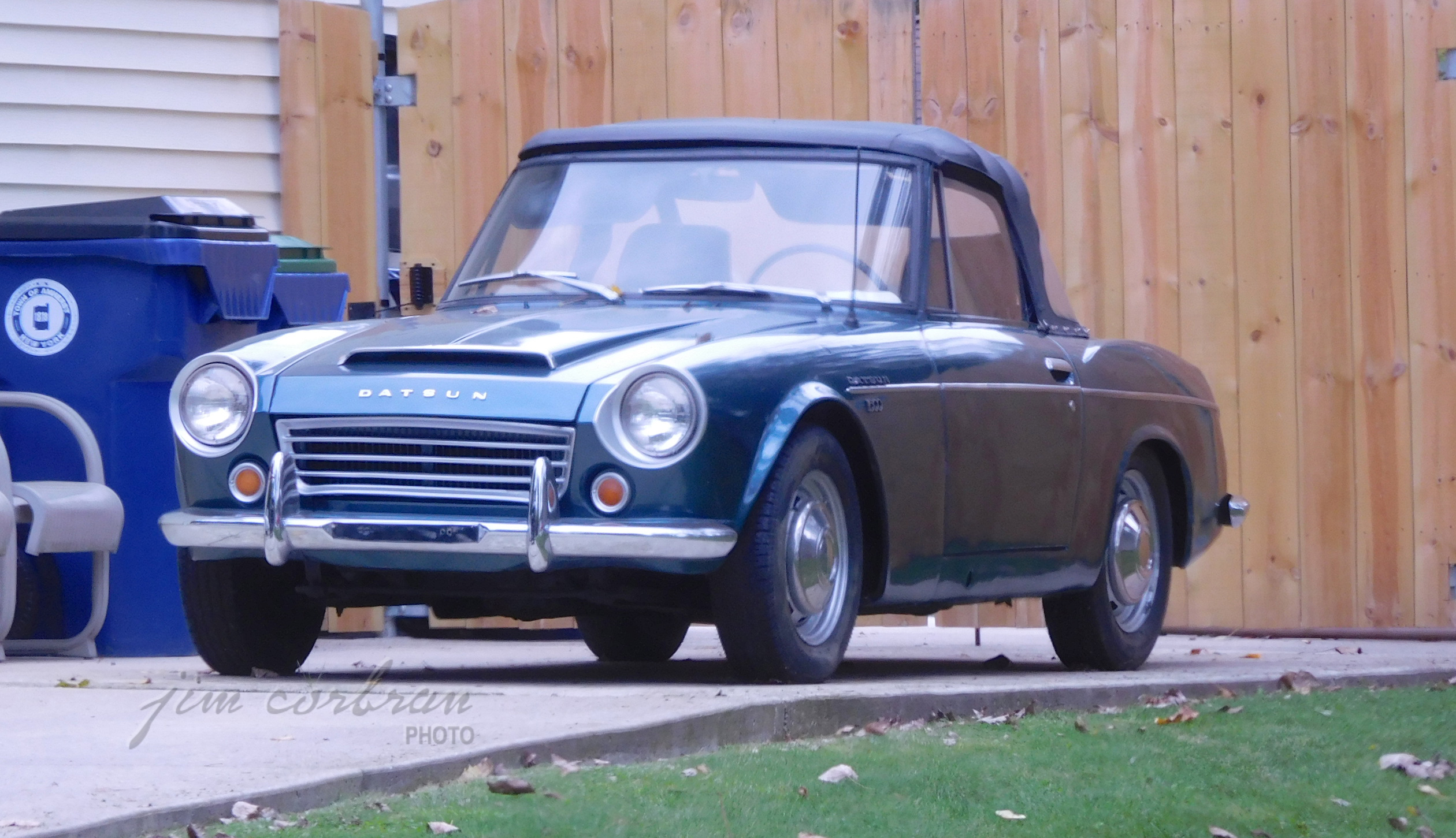 Known as the quaintly named Fairlady (and also the Sports) in its home market of Japan, this nifty little two-seater was known as the Datsun 1600 here in North America. Introduced in Japan for model year 1959, the original Sports had a 988cc engine under the hood, and was based on the Datsun 211 sedan. The Fairlady moniker was introduced in 1960, and in 1963 it was applied to a completely made-over car, the 1500, based on the Bluebird 310 (which itself would eventually morph into the hugely popular 510 series). The 1500 grew into the 1600 for MY 1965, and was in production until 1970. As the folks from Tokyo told us, “The DATSUN Sports Car is engineered for the pleasure and thrill of fun-driving plus the convenience of ordinary town driving.” Well, that covers just about everything, Lol… It eventually gave way to the immensely successful Fairlady Z, which we know here as the 240Z. Saw this nice green example a couple of weeks ago while driving through Amherst.