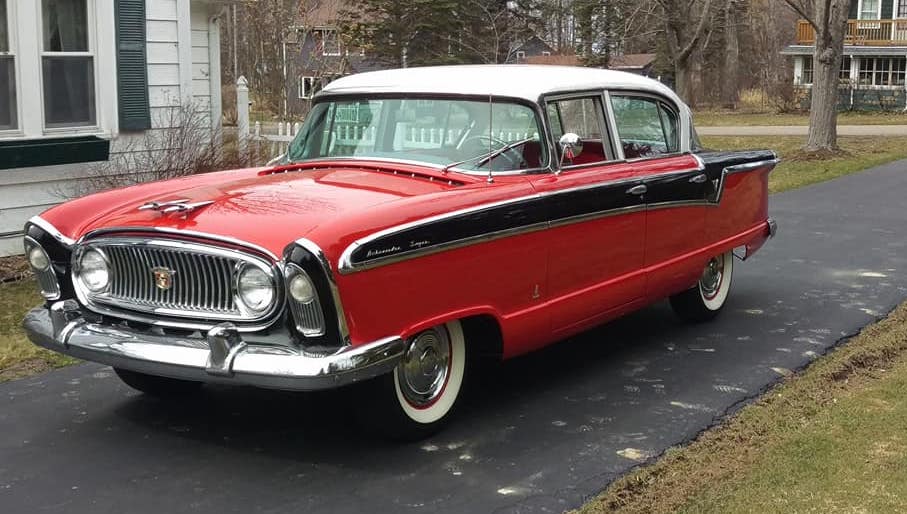 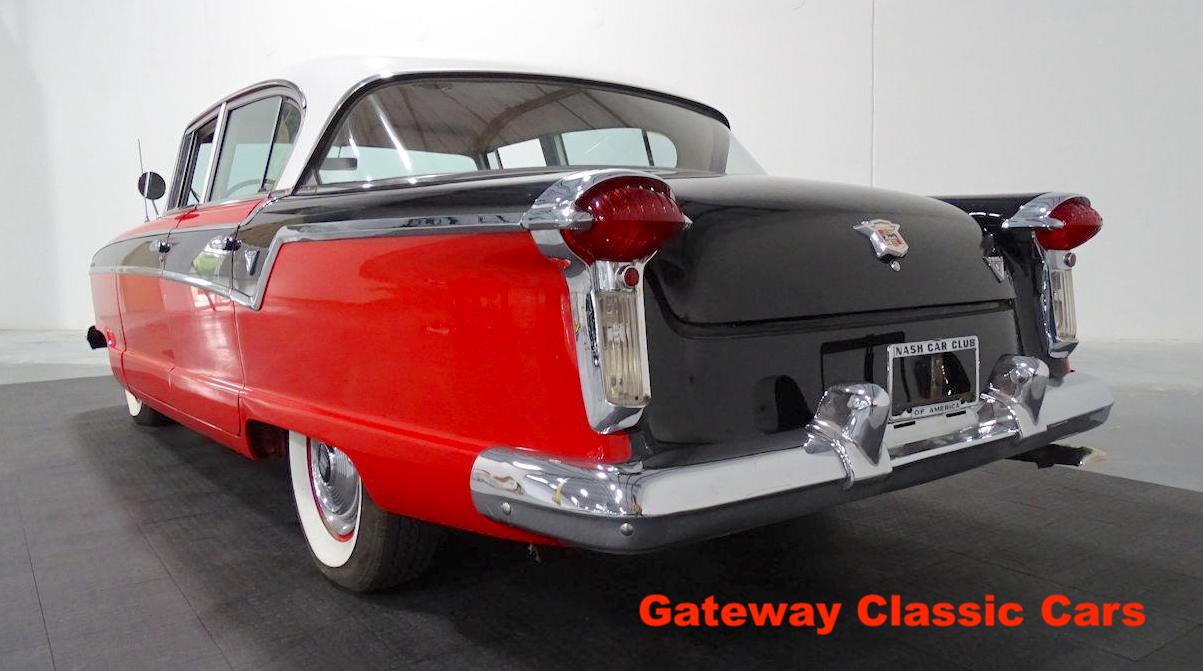 The brochure for this 1956 Nash Ambassador Super was filled with superlatives: “…greatest shoulder room ever built into an automobile”, “the widest front seat, most leg room of any car”, and this rather wordy one — “…the most magnificent view a motorist can know—through the widest of all wrap-around windshields, the Scena-Ramic Windshield by Nash.” Whew! But… this certainly is one nifty-looking fifties sedan. It’s owned by Gail Brzezowski of Angola, and we came across it when her husband Joe posted the above photo recently on the “Nash, Rambler, & Hudson Owners Group” Facebook page. Gail purchased this Tri-Toned sedan in Texas a couple of years ago, and it’s powered by a Packard Jetfire V-8 and Twin-Ultramatic automatic transmission (Nash would finally start putting their own V-8 under the hood halfway through the model year). The Ambassador’s odometer has turned about a thousand clicks per year since Gail acquired it. The Nash Club has told the Brzezowskis that theirs is the only Packard-powered one in WNY. It’s currently keeping company with a 1960 Metropolitan in the Brzezowski garage.