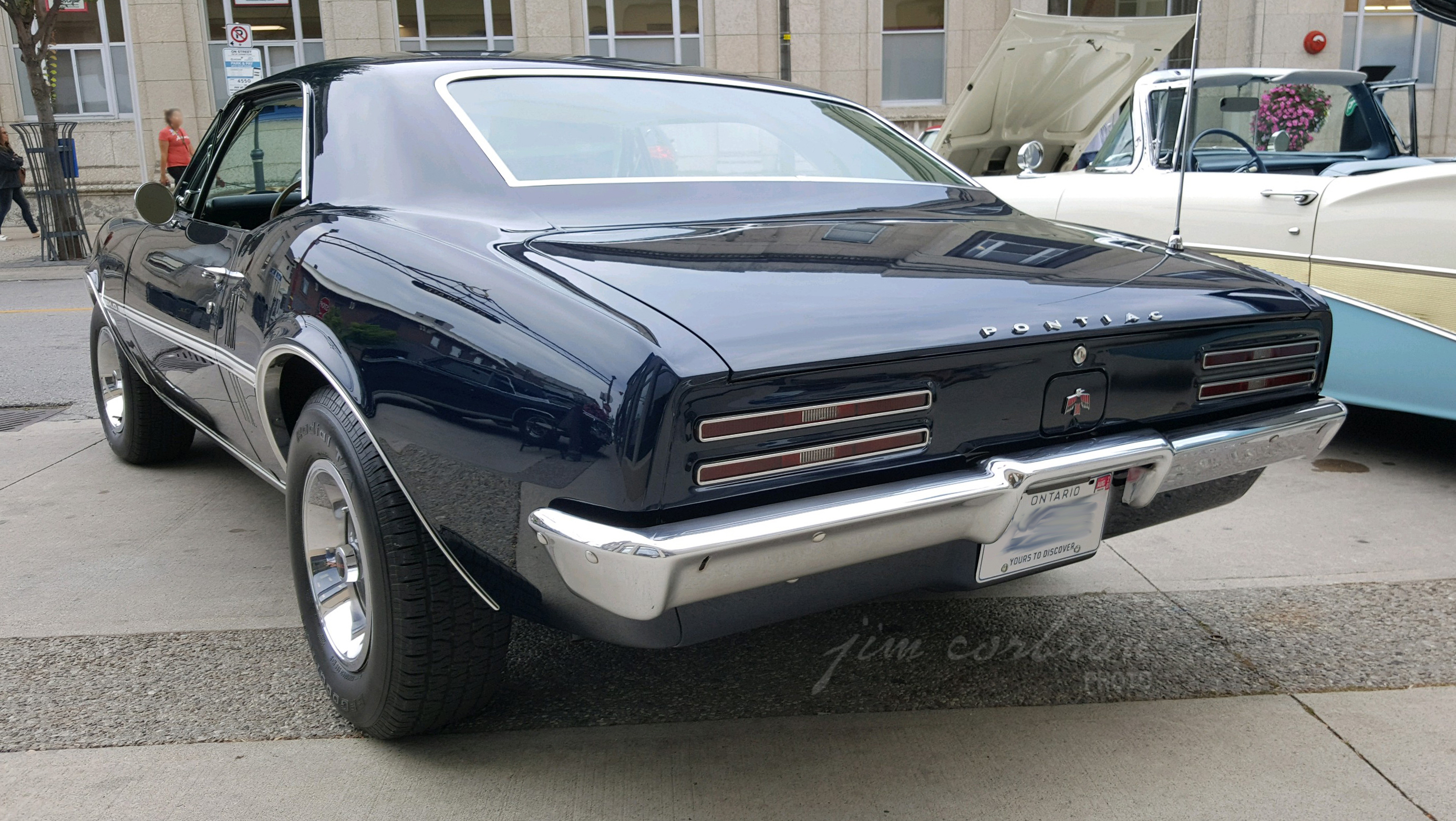 The 1967 Pontiac Firebird H.O. used the same basic body shell as Chevy’s also-new-for-1967 Camaro. Visually, the biggest differences were the very Pontiac-ish nose, and the taillight panel. But Pontiac had some other aces up its sleeve to differentiate the two. Or rather, some aces under the hood. One model was named Firebird 326, which used (surprise) their 326cid V8 — which was basically their 389 with a smaller bore. They also offered the Firebird H.O., subject of today’s RealRide. The H.O. also offered the 326, but with a 4-bbl carb as opposed to the 2-bbl on the Firebird 326 model. The H.O. (high output) also sported dual exhausts, wide-oval tires, heavier spring rates, and of course, exterior striping. This one, seen a few weeks ago at a Cruising on the Q cruise night on Queen Street in Niagara Falls, Ontario, is sporting the optional hood-mounted tachometer (below). 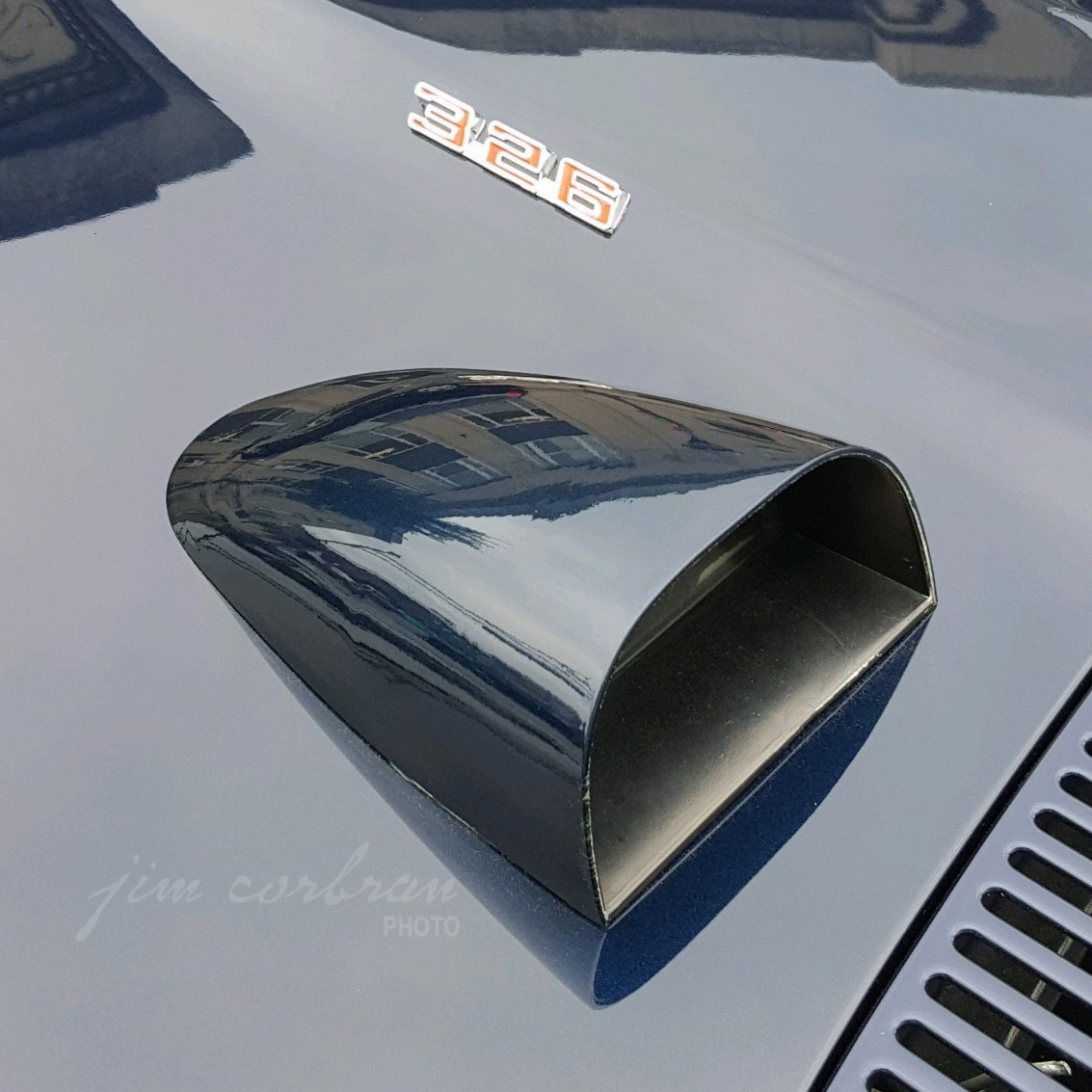