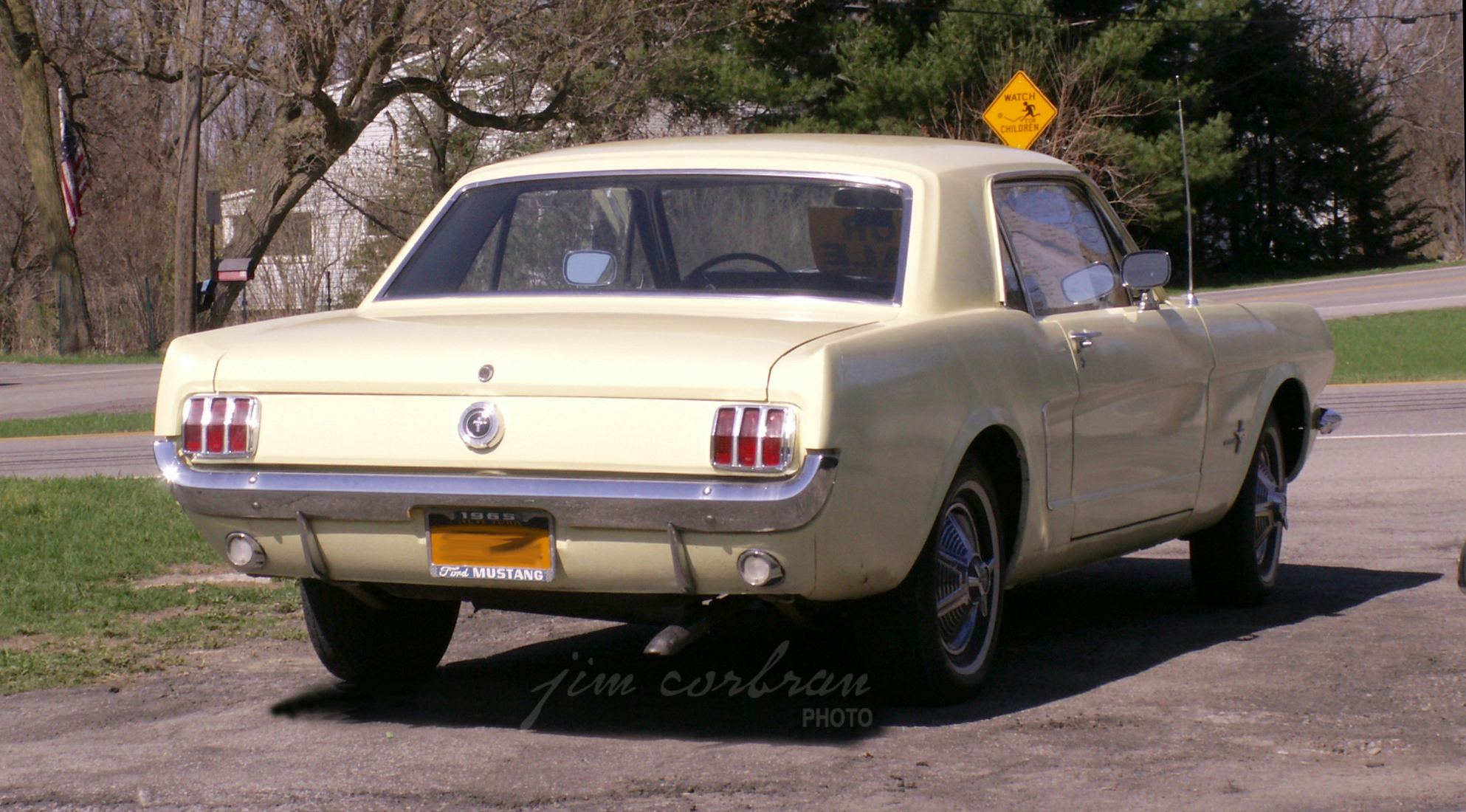 Judging from the lack of a V8 fender badge, I’d guess that this 1965 Ford Mustang has a straight six under its hood. There were three different V8 options, depending on when the car was built: a 164-hp 260cid was offered until 9/24/64, after that there were two different versions of the 289. The six also underwent a change after 9/24 — the 170cid unit was upgraded to a 200cid, 120-hp unit. Although the original buyer of this Phoenician Yellow hardtop decided to forego a bigger powerplant, someone did fork over the extra $18.20 to upgrade the standard wheelcovers with a set of knock-off spinners. One of the reasons for the Mustang’s initial popularity was the ability to personalize the car to your liking, using an extensive option list which included appearance, performance, and convenience items galore. Saw this one a few years back, parked in Elma.