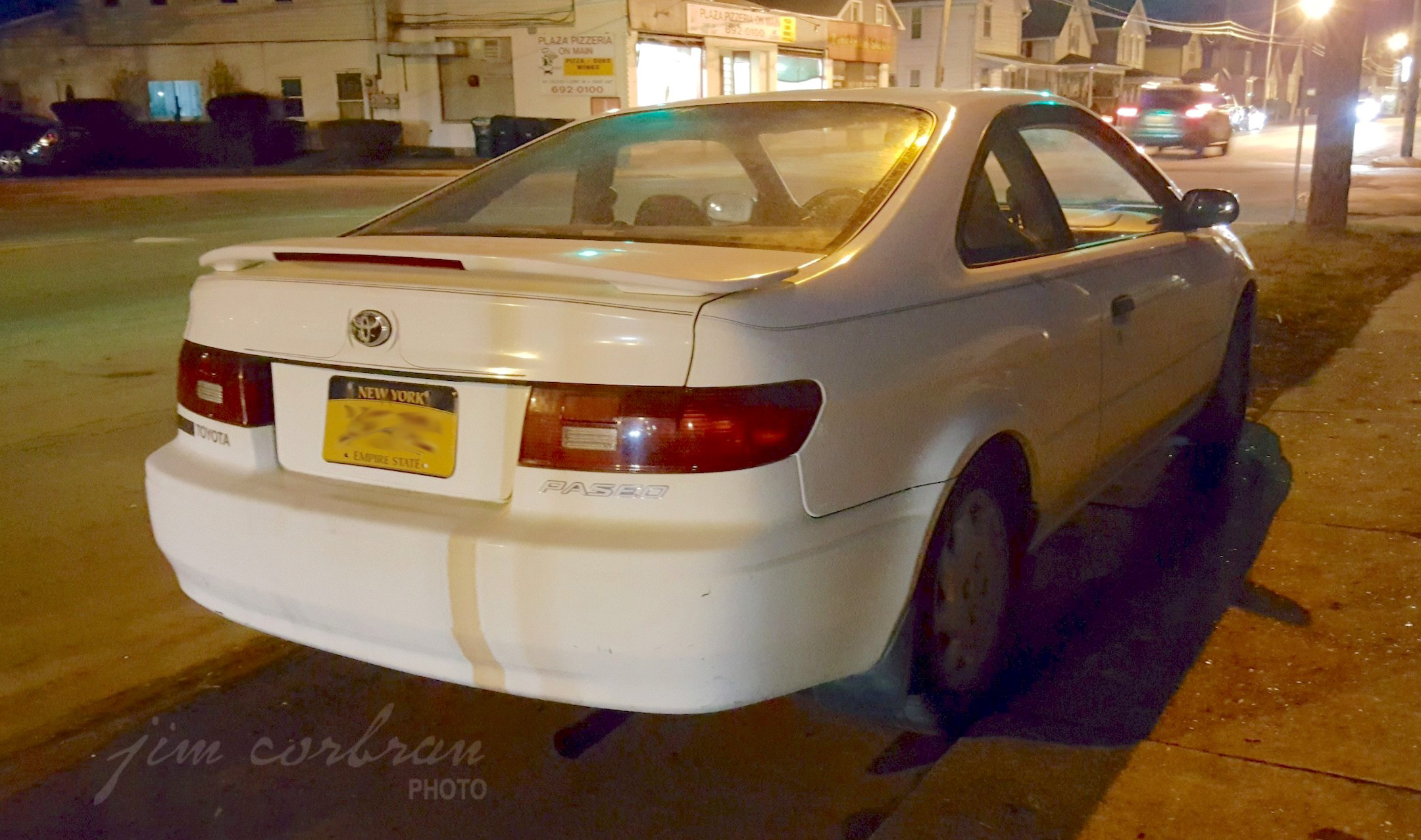 We came upon this 1997 Toyota Paseo early one evening this past spring, and for a moment thought about walking back in the morning to take a couple of photos. But, then we said to ourselves “How often do you see one of these?” and realized it could be gone by then. Thus, the poorly lit photos. This was the last year for the Paseo in the U.S., although it continued on in other markets for a couple more years. Based on the econo car Tercel, the Paseo was hoping to appeal to a different audience. One ad prominently featured the words “Hip. Cool. Rad. Awesome. Def. Fresh. Best Model In Initial Quality*. Hot. Fly.” While another opined “Stylish. Responsive. Fun. If It Were A Man You’d Marry It.” Hmm…  Two generations of the Paseo were sold here, the first from 1991-95, and this one, for MYs 1996-97. It was photographed down the street from the RealRides offices in Tonawanda.