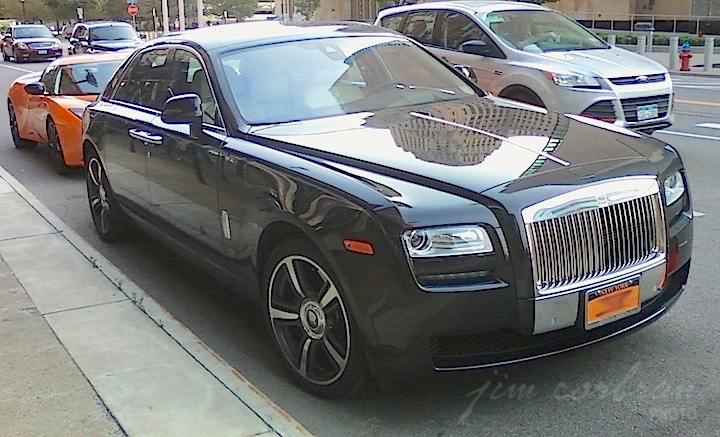 The past three days have featured some rather rare RealRides, so we figured we’d go for four in a row with this 2014 Rolls-Royce Ghost, photographed in Downtown Buffalo five years ago. New for model year 2010, the Ghost hearkened back to R-R’s Silver Ghost, the British manufacturer’s iconic car of the early twentieth century. Powered by a 6.6L V12 twin turbo engine, the Ghost moves it occupants down the road amidst its hand-built interior featuring “sumptuously soft lambswool floor mats,”  “the cashmere blend and leather-covered roof lining,” and “…the meticulously-modelled seats [which] are gently angled towards each other, enabling easy conviviality.” If this has brought on the new car itch for you, know that the nearest Rolls dealer is in Cleveland… unless you’re adventurous enough to try and import one from Canada, as there is a store on Dundas Street East in Toronto. Happy shopping!