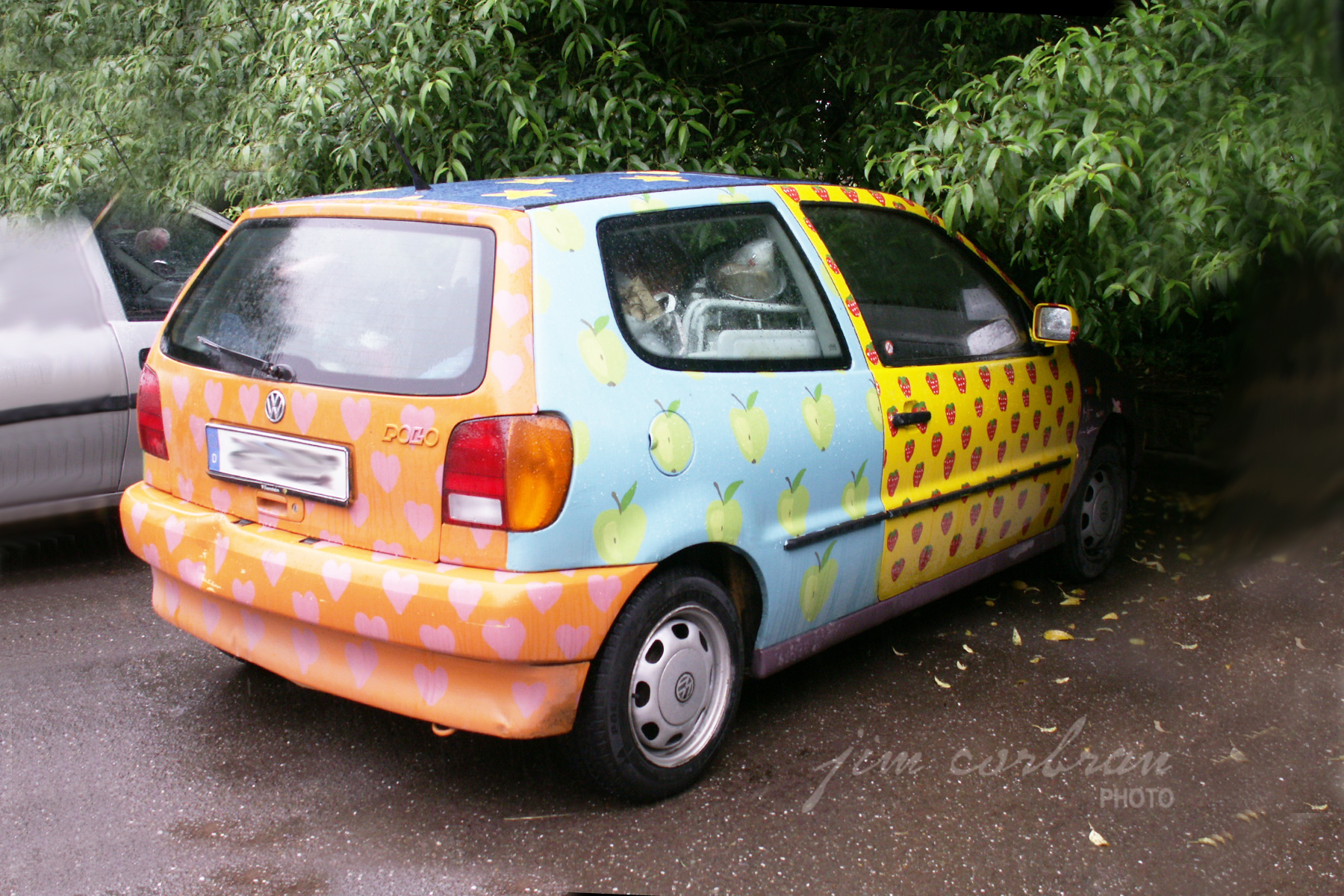 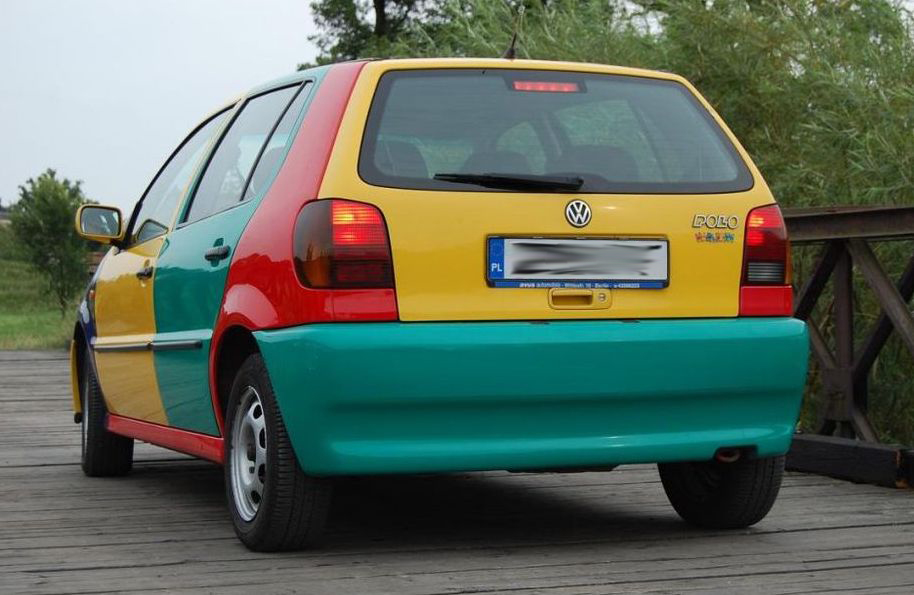 When we came upon this c1996 Volkswagen Polo a few years ago in the parking lot of the Blarney Castle in Cork, Ireland, I thought its owners might have been “a wee bit eccentric.” A few weeks ago, looking into it, I discovered that it’s probably a home-made knock-off of the rare Polo Harlequin, an actual multi-colored model sold by VW in Europe (see the ad below). It all started as a gimmicky show car to demonstrate the different colors offered by VW, but response prompted them to offer a few thousand to the general public. The cars were assembled normally at the factory in Wolfsburg, and then the easily removable bits (doors, hoods, front fenders, bumpers, hatches) were switched around to create the Harlequins. You can tell the original color of the car by the roof/rockers/rear quarters. Eventually VW also offered a very limited number of Golf Harlequins for the North American market, assembled in Mexico (bottom of page). This pastel-colored RealRide is wearing a set of German registration plates, and looked like it had been in the Blarney parking lot for a while. Compare it to the Polo above with the plate from Poland. 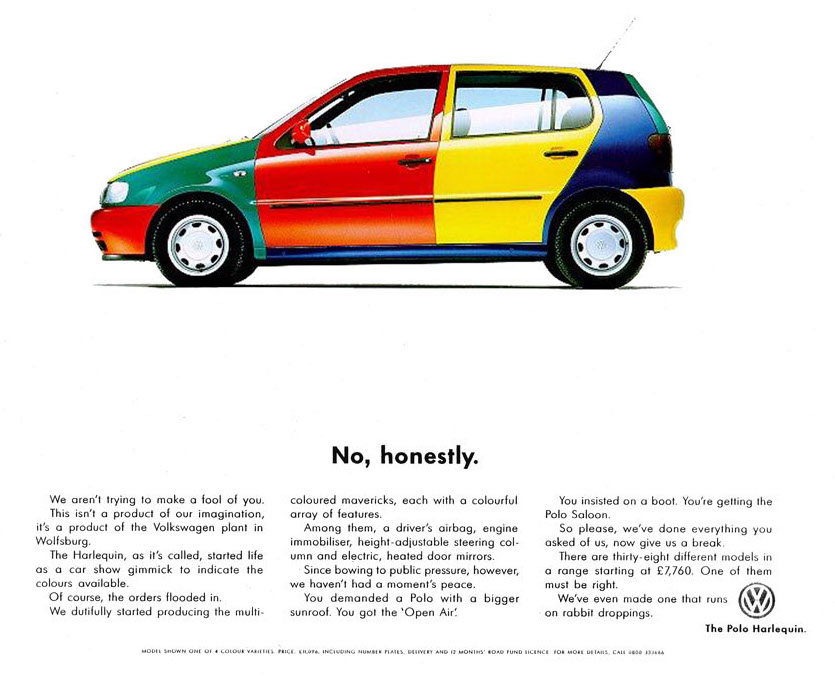 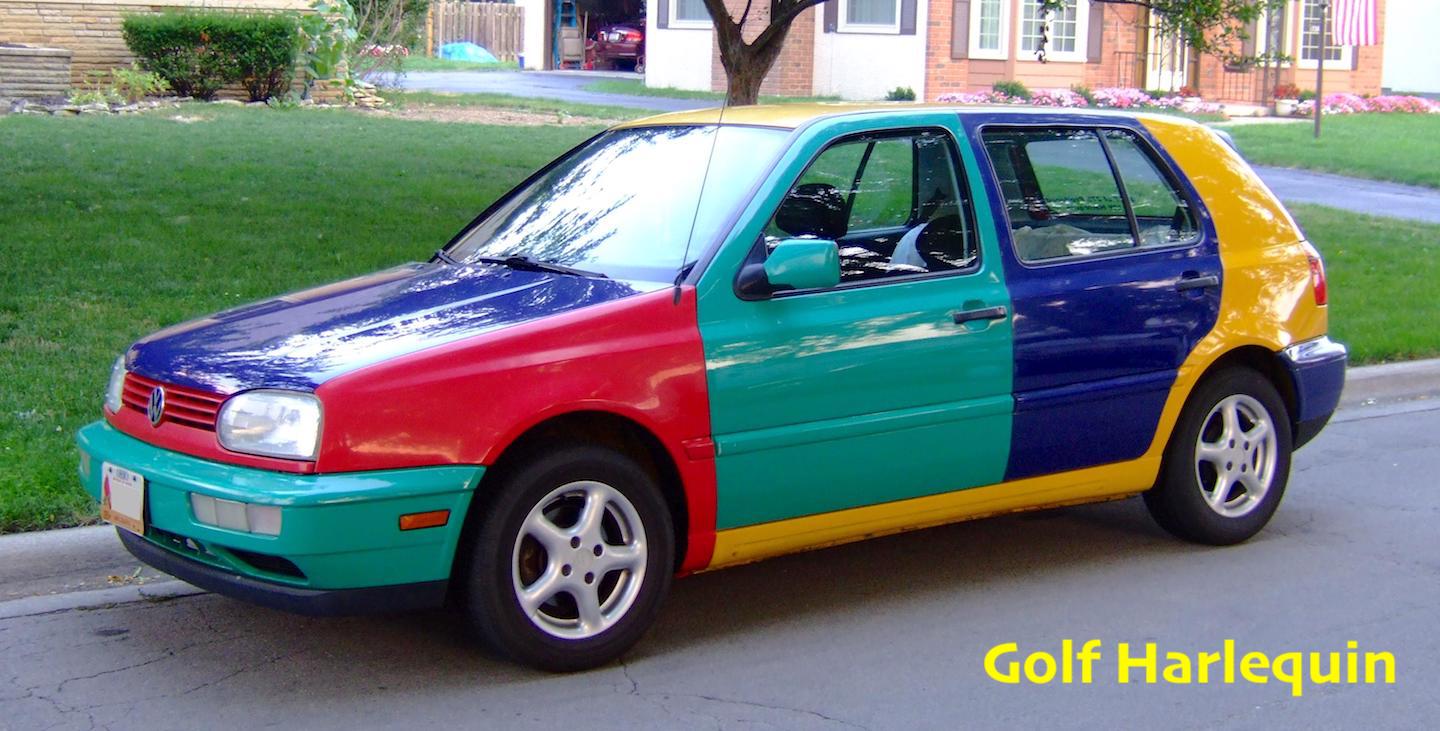