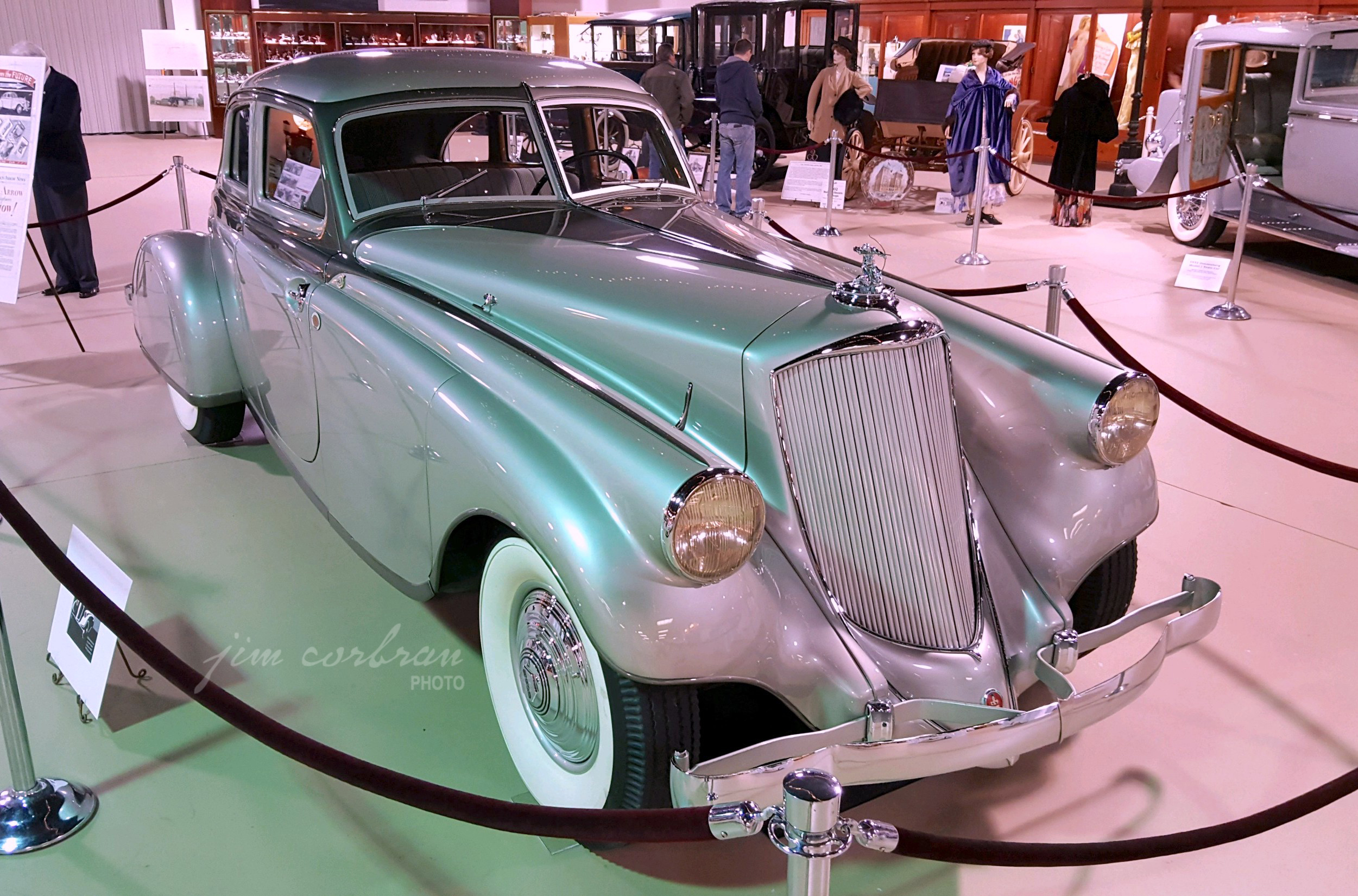 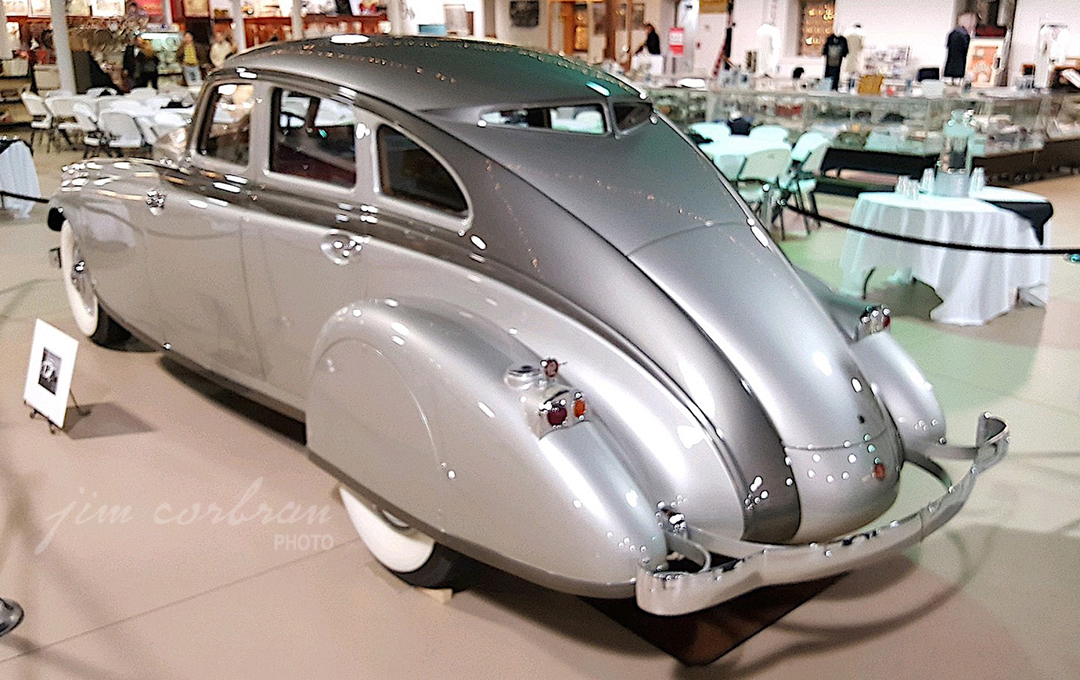 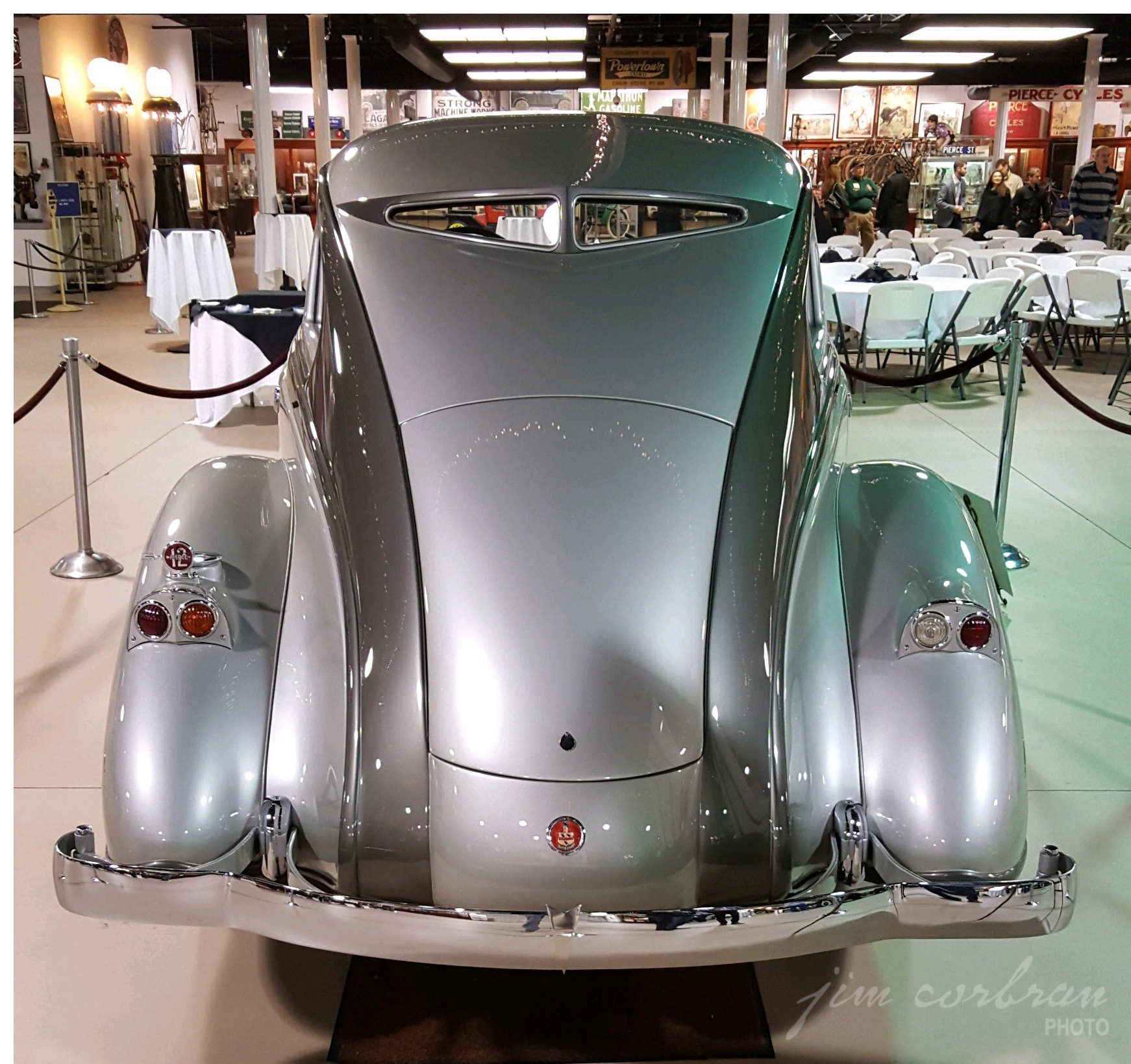 We seem to have randomly selected a bunch of relatively rare RealRides these past few days. This one’s not relatively rare… it’s RARE, baby! The 1933 Pierce-Arrow Silver Arrow pictured here is one of only five built, and if you think its Depression-era price tag of $10,000 was high (and, it was!), how about one of them selling at auction a couple of years ago for $2.31 million, and another back in 2015 for $3.74 million! Today’s RealRide (one of only three Silver Arrows left) was photographed last year at the Buffalo Transportation Pierce-Arrow Museum in Buffalo, where it was on loan. Pierce-Arrow, headquartered in Buffalo, unveiled the Silver Arrow at the 1933 New York Auto Show, but a combination of the nation’s economy and the Silver Arrow’s lofty price tag kept orders for the car to a bare minimum. The postcard at the bottom of the page (seen online at Amazon) seems to add substance to the story that not all Silver Arrows were originally painted silver. Below that is a factory photo, also from the Amazon web page. 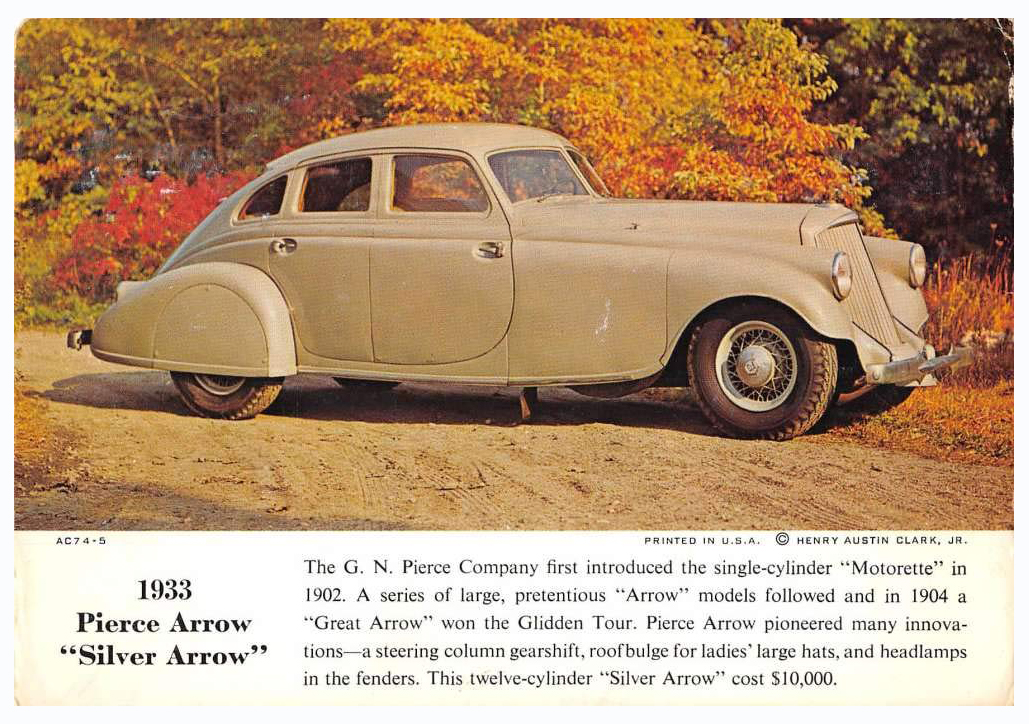 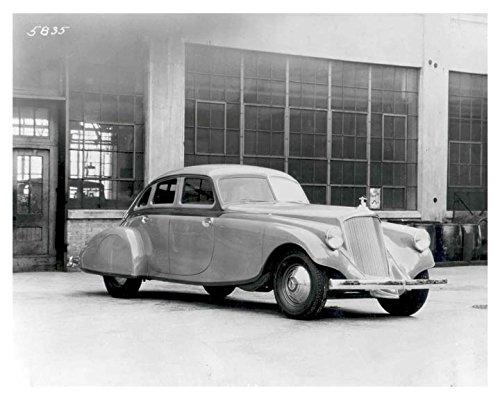