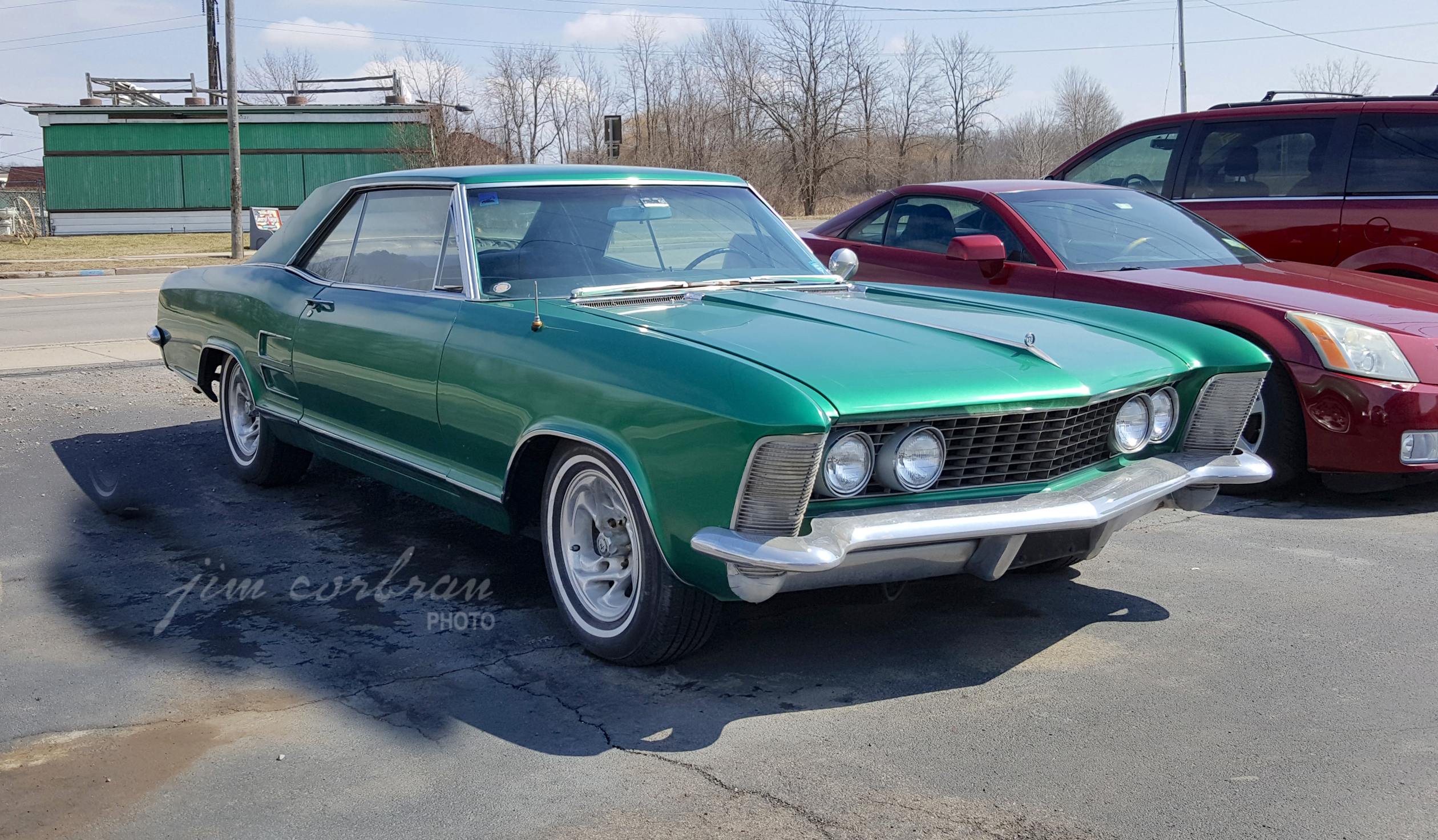 The first-generation 1964 Buick Riviera is often mentioned in the same sentence as the words “most beautiful car of all time.” Pretty lofty praise. They certainly were handsome cars, especially for their time, and they kept the same design (pretty much) from their debut for MY 1963 through 1965. Subsequent cars were still (IMO) pretty sharp, at least until the fender skirts arrived for 1970, followed by the boattails in 1971 and the “I’m just another big Buick two-door” for 1974. Buick finally threw in the towel (after a few more makeovers) following the compact FWD 1986-93 seventh-gen Rivs, only to bring the nameplate back for the “distinctive-looking” 1995-99 cars. This green ’64, seen over the summer in Niagara Falls, is sporting a non-factory paintjob along with a set of aftermarket wheels.