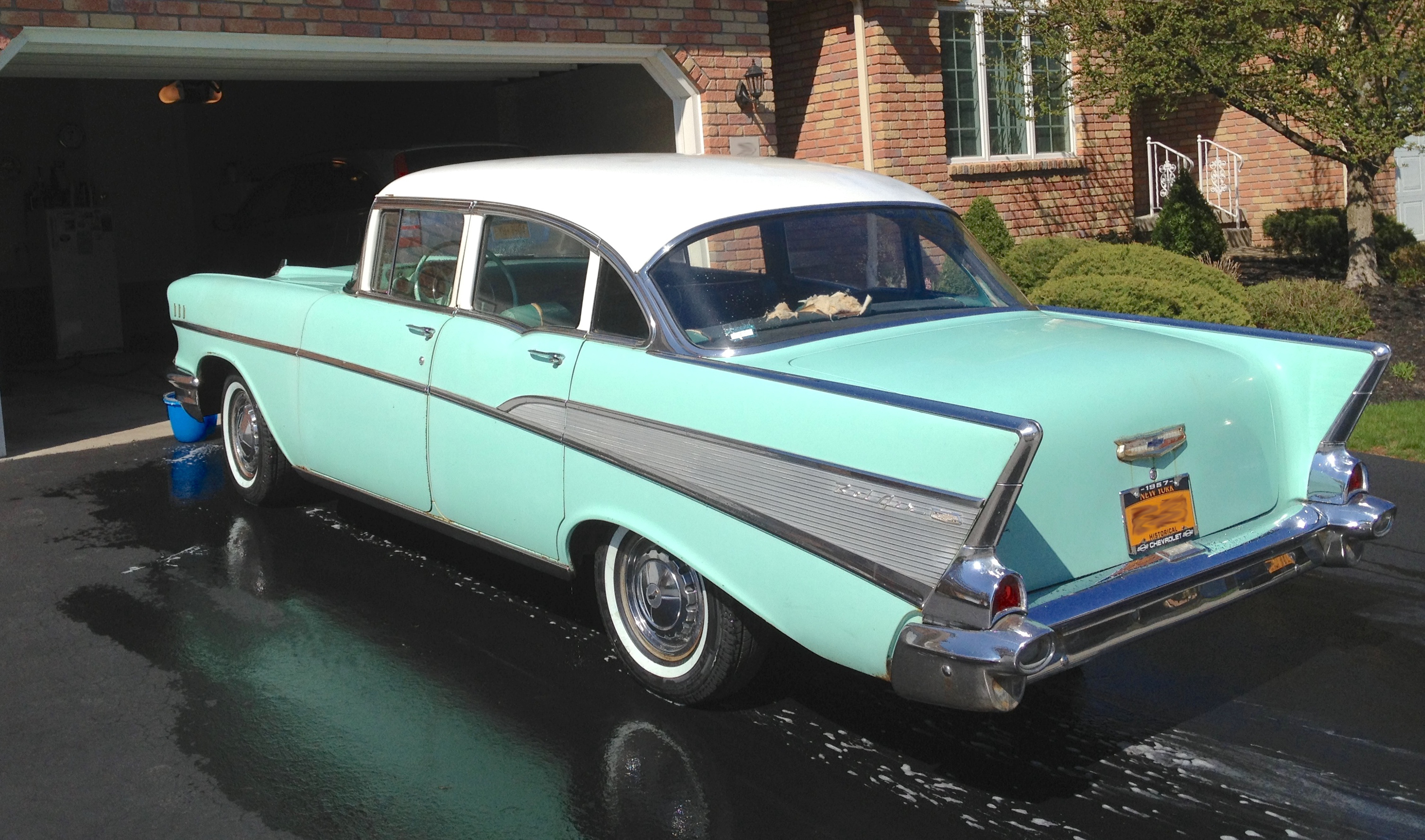 The 1957 Chevrolet Bel Air is probably one of the most popular collector cars around these days. At least, that’s what you’d think if you attended as many car shows/cruise nights as I do. Much ink has been absorbed into stories of how for 1957 Ford actually outsold Chevy for one of the few times since Edsel Ford was in short pants. The numbers are often twisted to reflect calendar year sales versus model year sales, but the fact is Ford sold 1,522,406 1957 Fords, while Chevy sold 1,515,177 1957 Chevys. So it’s strange that you see so few ’57 Fords still around. (Or is it?) Today’s RealRide was owned by area collector Joe Galvin back when this photo was taken. IMO it’s an unusual ’57 Chevy to see these days, as it’s basically very stock (as opposed to seemingly 95% of the ’57 Chevys at modern car shows), and also, it’s a four-door sedan. My unscientific poll of ’57 Chevys still on the road shows most of them to be 2-door hardtops, convertibles, Nomad station wagons, or low-line One-Fifty 2-door sedans that someone has put a big V8 into and made into a “hot rod.” Thanks, Joe, for keeping this one, pictured here in West Seneca, “as is” (or should we say “as was?”).