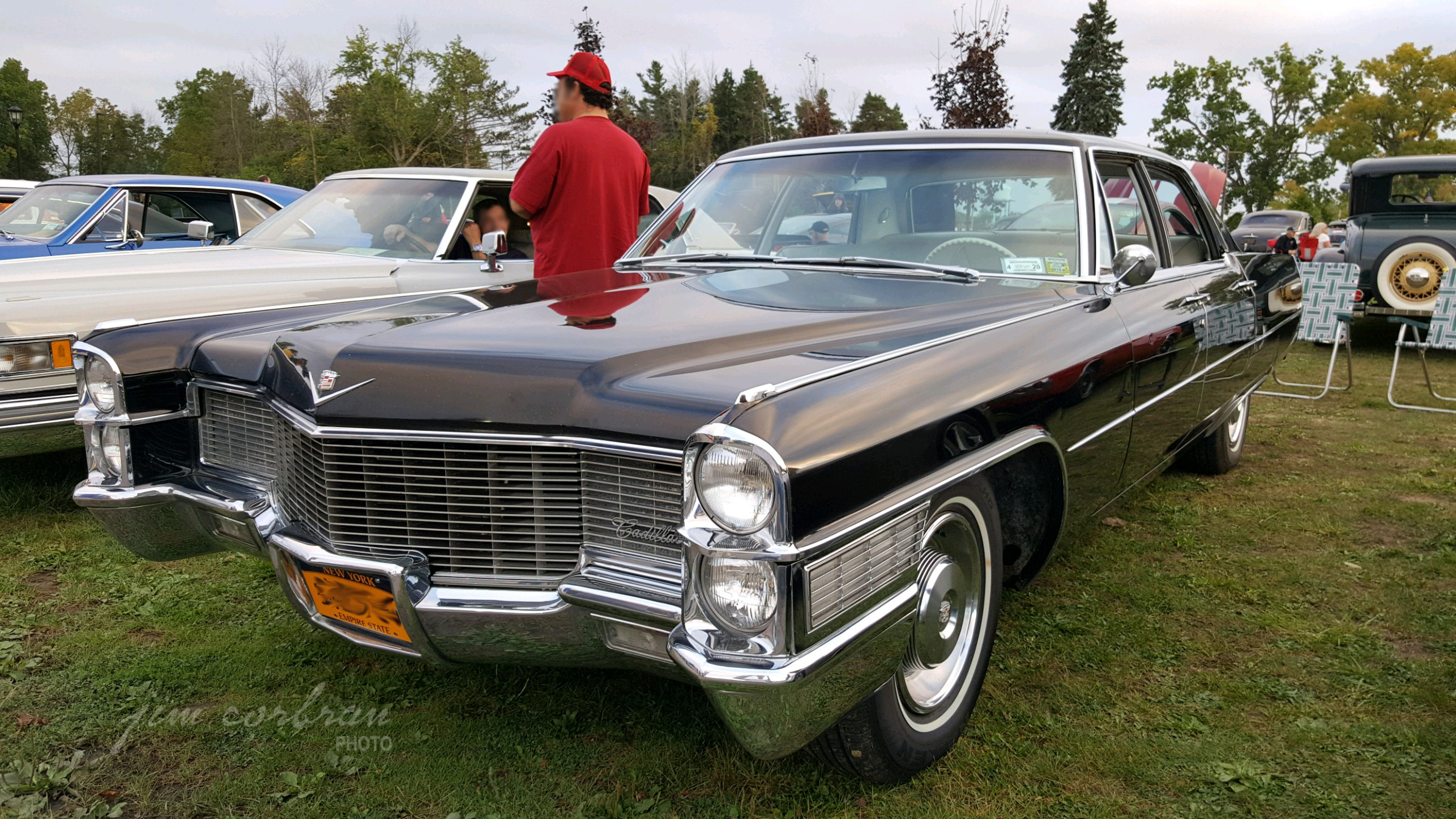 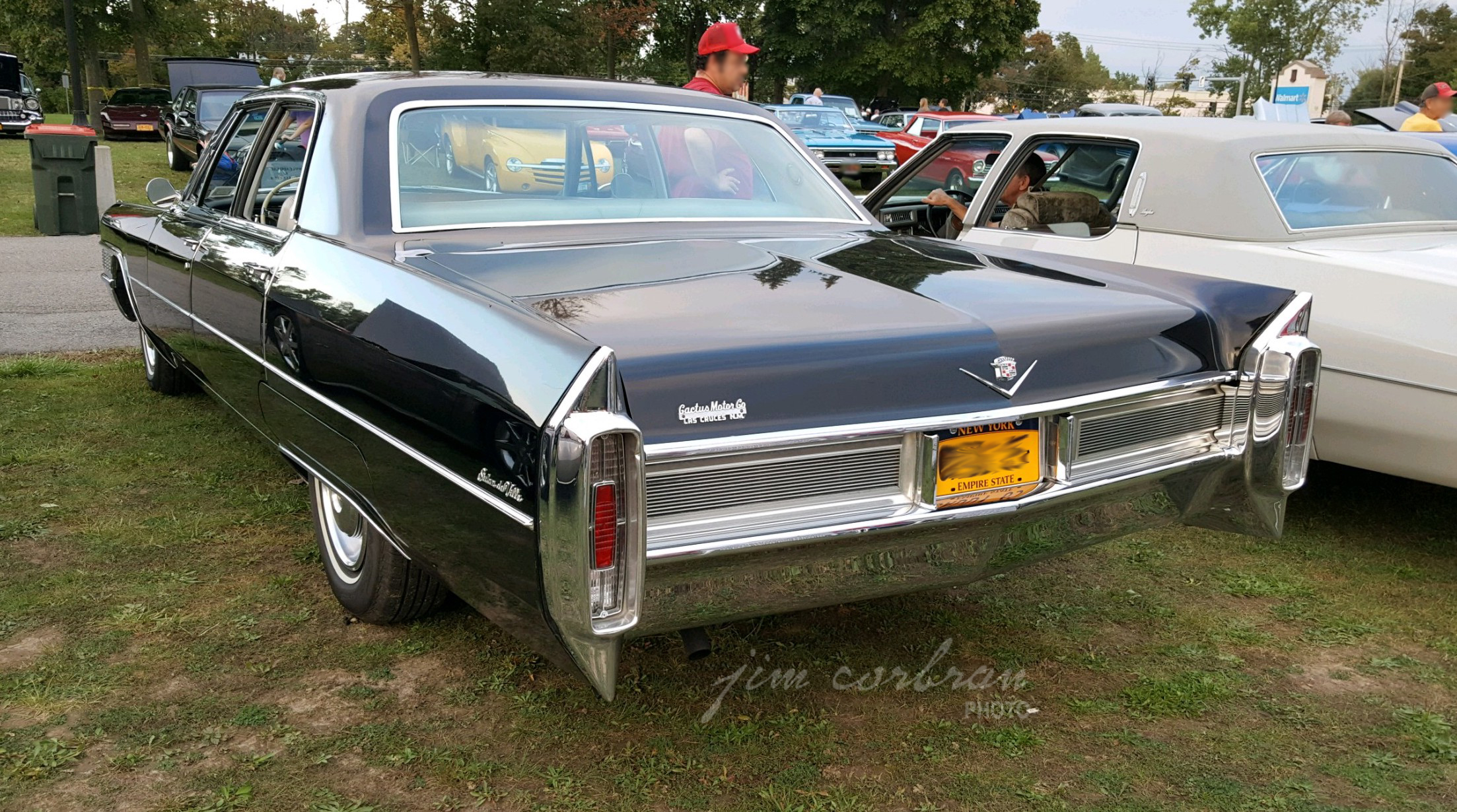 This 1965 Cadillac Sedan de Ville carried the same MSRP ($5,666) as the pillarless hardtop Sedan de Ville. Saleswise though, it wasn’t even close — 45,535 hardtops left the factory, while only 15,000 of these traditional pillared sedans were built. Maybe traditional isn’t the correct word here, as for 1965 Cadillac introduced curved side glass to its lineup, and it was frameless in the Sedan de Ville — only the B-pillar remained in place when a door was opened; with the windows down there was no apparent upper door frame. Or as Cadillac put it: “The elegance and beauty of the frameless glass are even more apparent when a door is opened.” Saw this nicely preserved example — purchased new so many years ago at Cactus Motor Company in Las Cruces, New Mexico — last week at the final Monday Night Cruise of the season at the Wurlitzer Building in North Tonawanda.