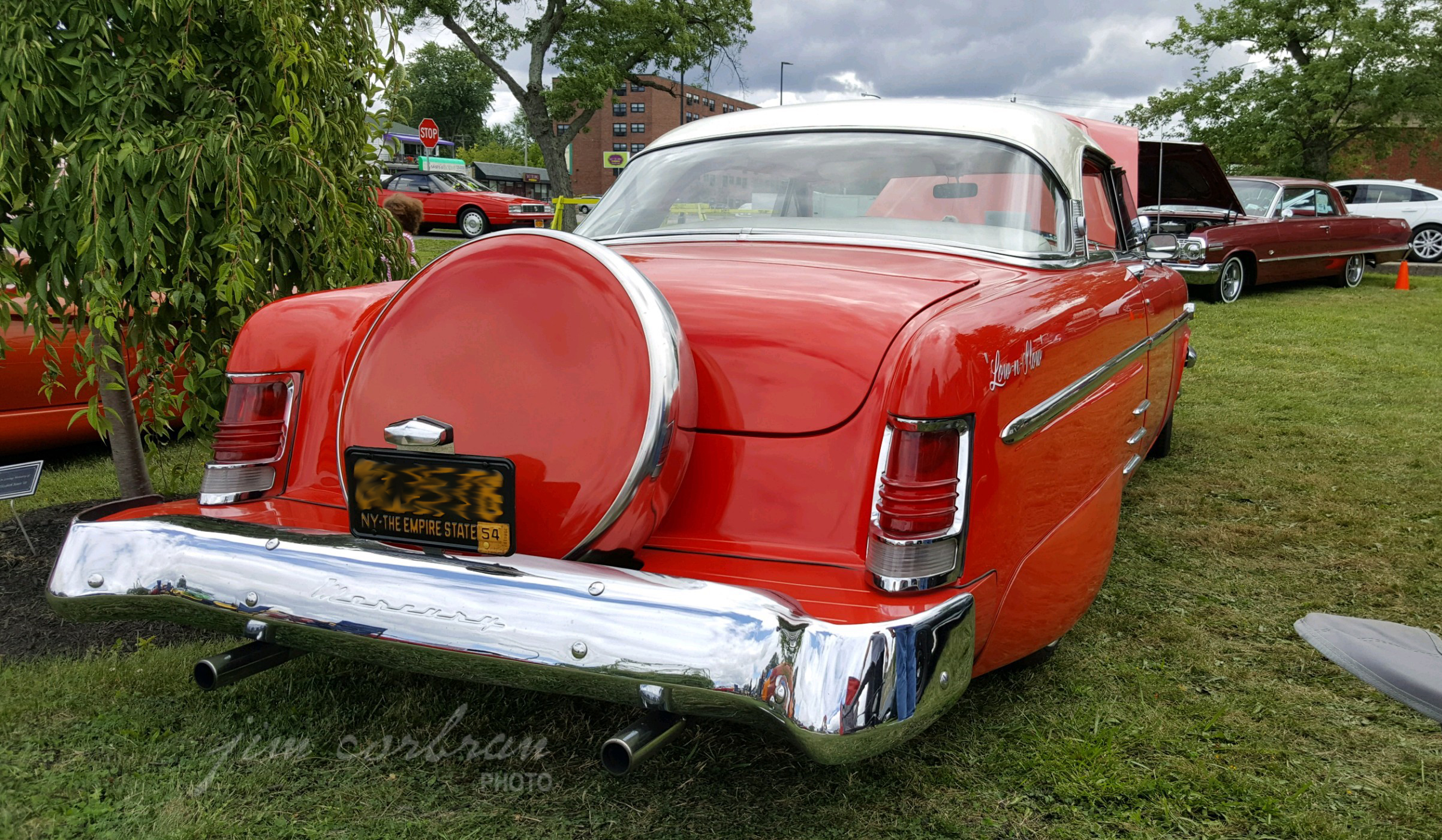 If you’re gonna feature a 1954 Mercury Monterey special custom coupe, especially one with a continental kit, this is the angle you want! The “striking modernity of this ‘hard-top’ model” was still new enough for Mercury to feel the need to mention “With all the windows down there’s not even a center post to obstruct vision.” And with a nod to mid-fifties advertising jargon, we were told that “Interior surroundings are constantly enjoyable.” I think the copywriters might have gone on to later write fortune cookie fortunes, Lol. All ’54 Mercs were powered by a 256cid V-Eight (as they described it) of 161 hp. A three-speed manual transmission was standard, with Touch-O-Matic Overdrive and Merc-O-Matic Drive (their automatic) both being options. Available accessories included curb signals, door handle fingernail shields, back-up lamps, and signal viewer. Saw this one at this year’s Mt. St. Mary Academy Super Cruise in Kenmore.