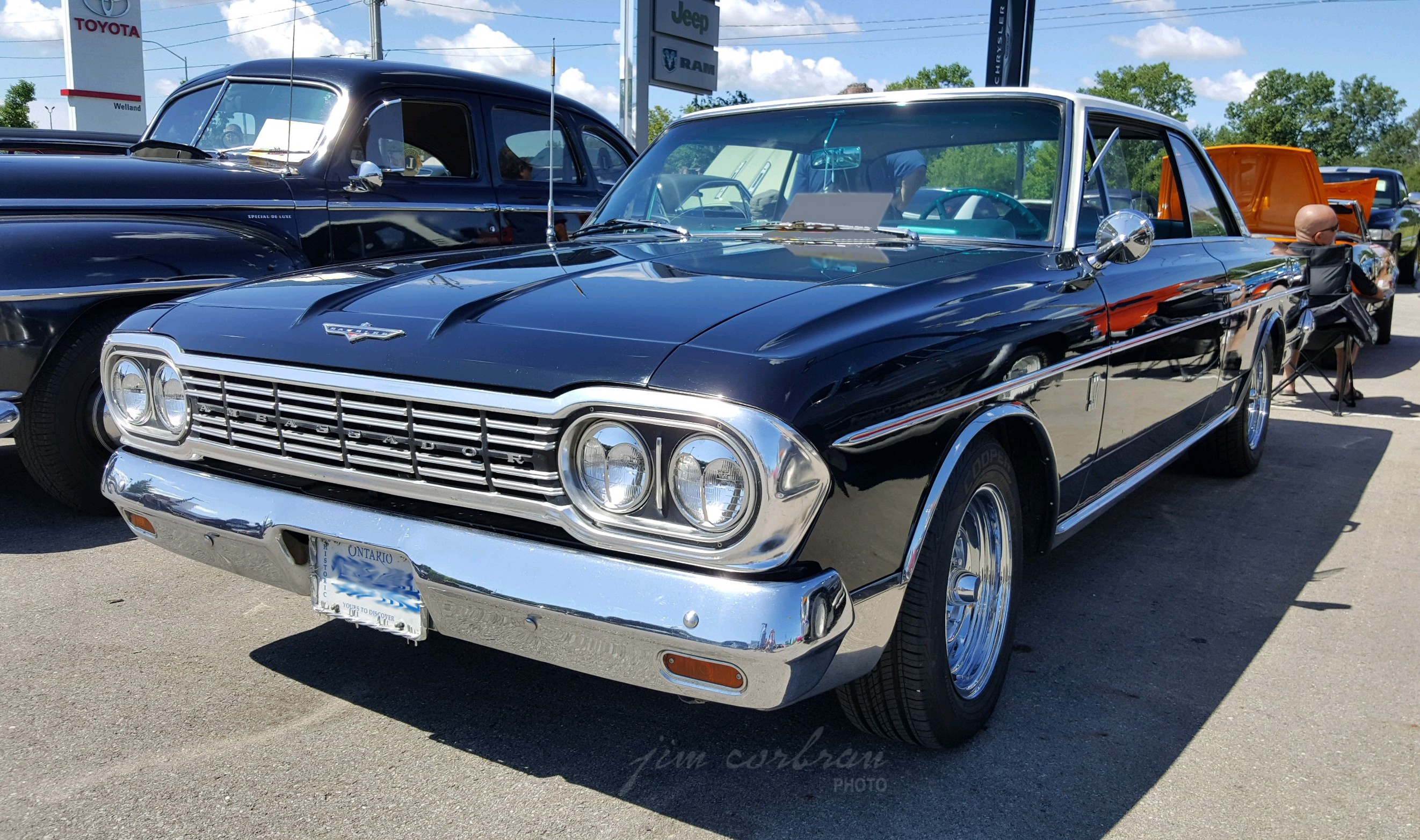 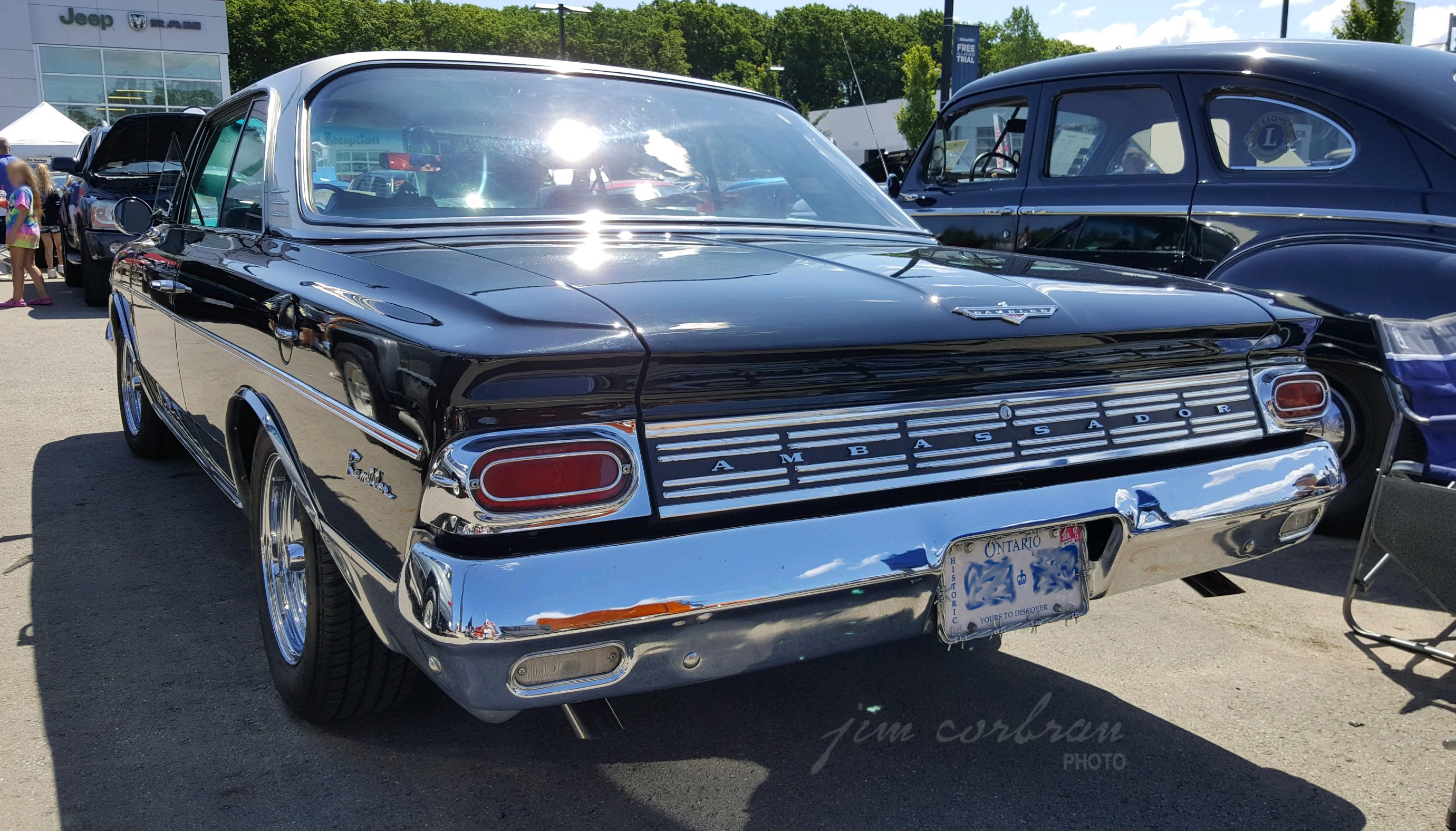 The 1964 Rambler Ambassador 990 was the top of the line from the Kenosha, Wisconsin automaker. (A 990H was available with a bit more potent engine and a more upscale interior). Unlike later Ambassadors, the ’64 models weren’t all that different outside from the lesser Rambler Classics. But, they did come with standard V8 power — a 327cid rated at 250 hp. Rambler was the first American automaker to make curved side class standard across the board. And in 1964 they were still offering their famous front seats which folded down into a bed — a travel bed, is what Rambler made sure to point out in their advertising, lest anyone get any other ideas. Saw this nice two-tone hardtop over the summer at the Rose City Chrysler All-Mopar Show in Welland. (Yes, we know, Ramblers weren’t Mopars — but, Chrysler did eventually purchase American Motors, so there’s that!)