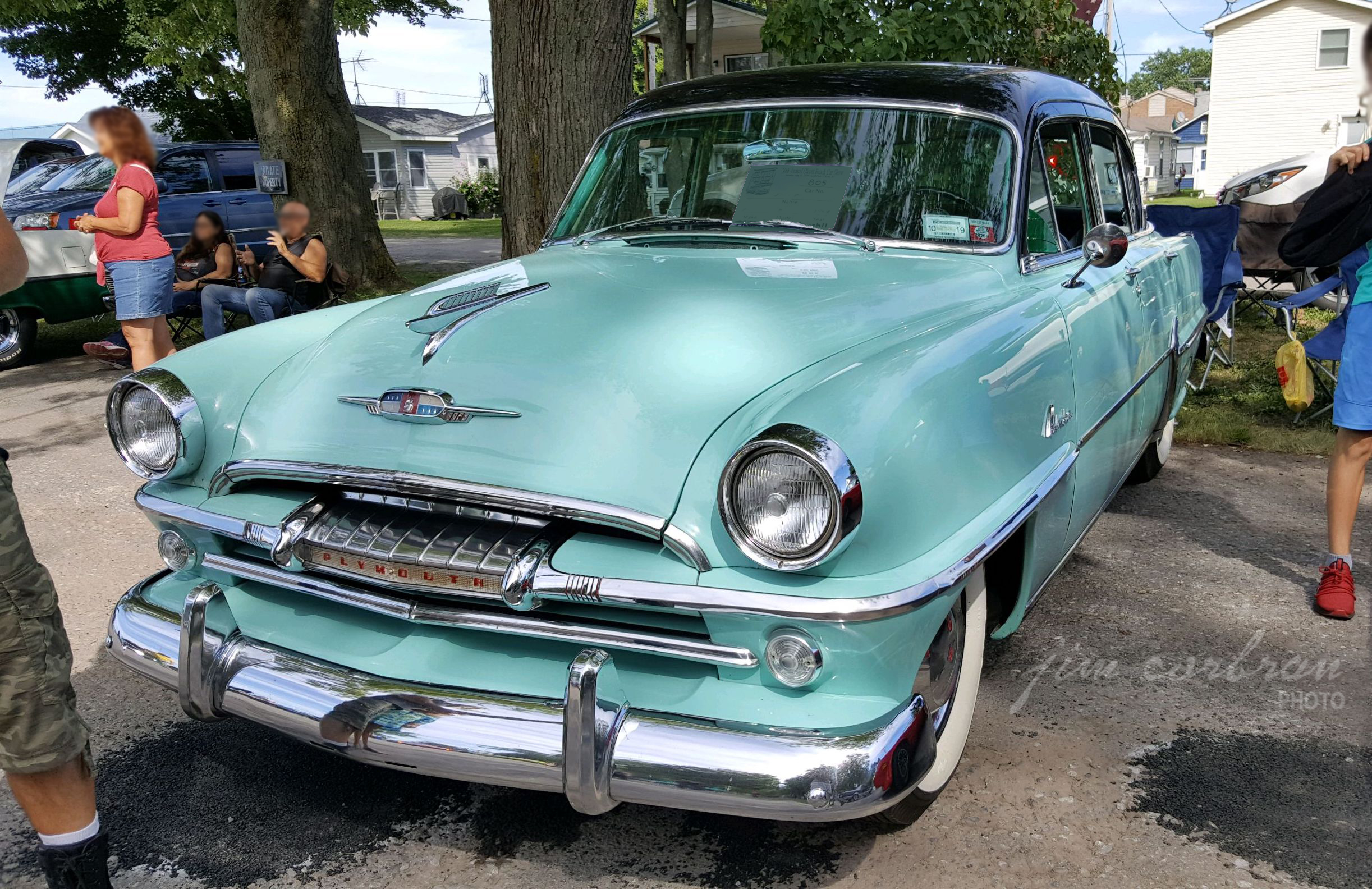 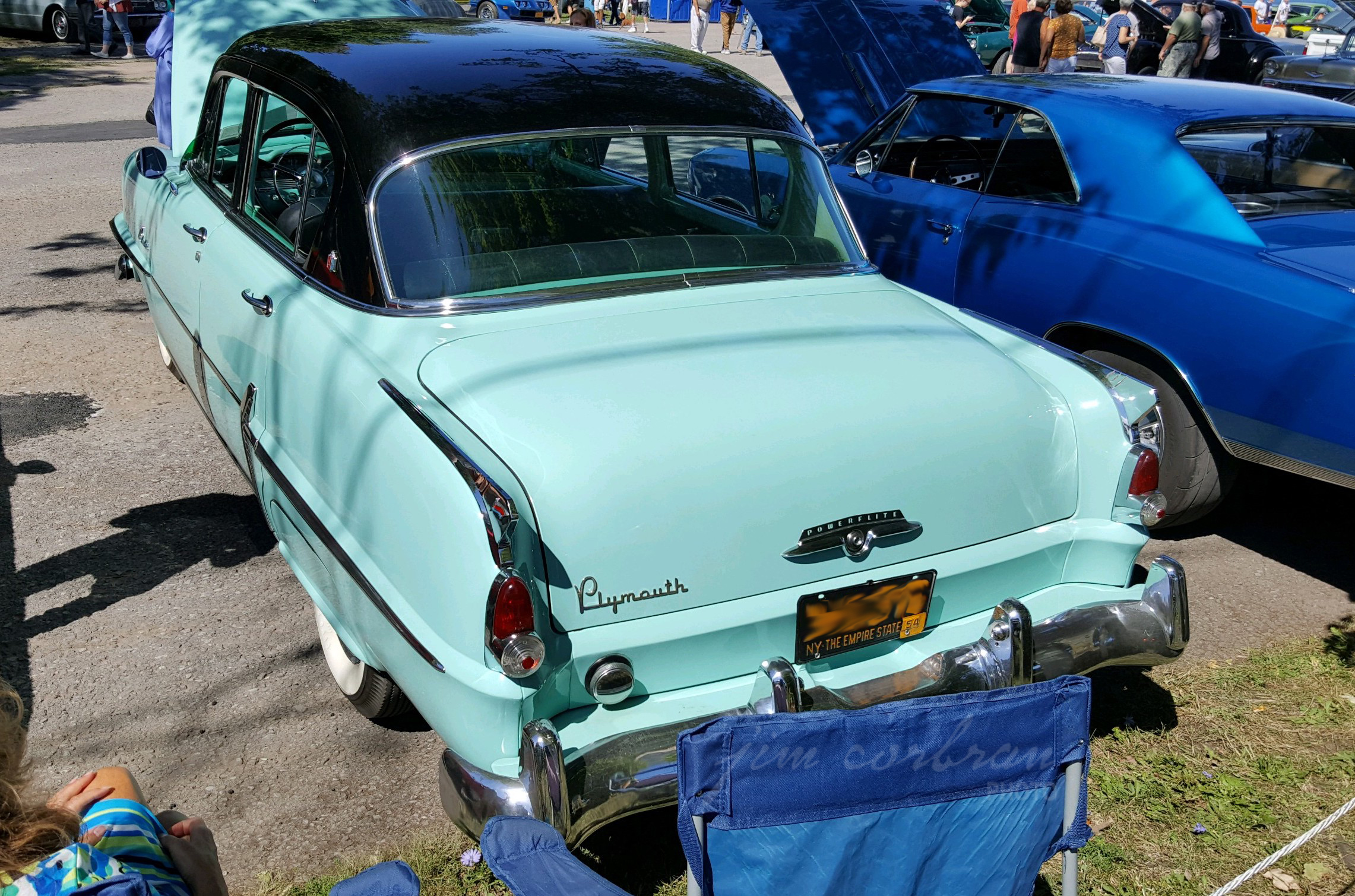 One car which really stood out at this year’s Olcott Beach Car Show in Olcott was this 1954 Plymouth Belvedere, for at least a couple of reasons: the color combination was beautiful; and, just how often do you see a 1954 Plymouth these days! In their advertising, Plymouth described the car as “…the longer 1954 Plymouth.” But they don’t really mention just what it was that the new ’54 was longer than. It was basically the same car as the ’53, with the addition of the little chrome fins placed atop the rear fenders. If these made it longer than the ’53, it certainly wasn’t by much. Maybe the bumpers were bigger. I just don’t know. The Belvedere was Plymouth’s top of the line in ’54, with the Plaza and Savoy rounding out the offerings. All were powered by an inline six of either 217.8 or 230.2 cubic inches, depending on the date of assembly. Plymouth wouldn’t see a V8 until 1955, when the whole line was completely restyled (along with all of Chrysler Corp’s cars).