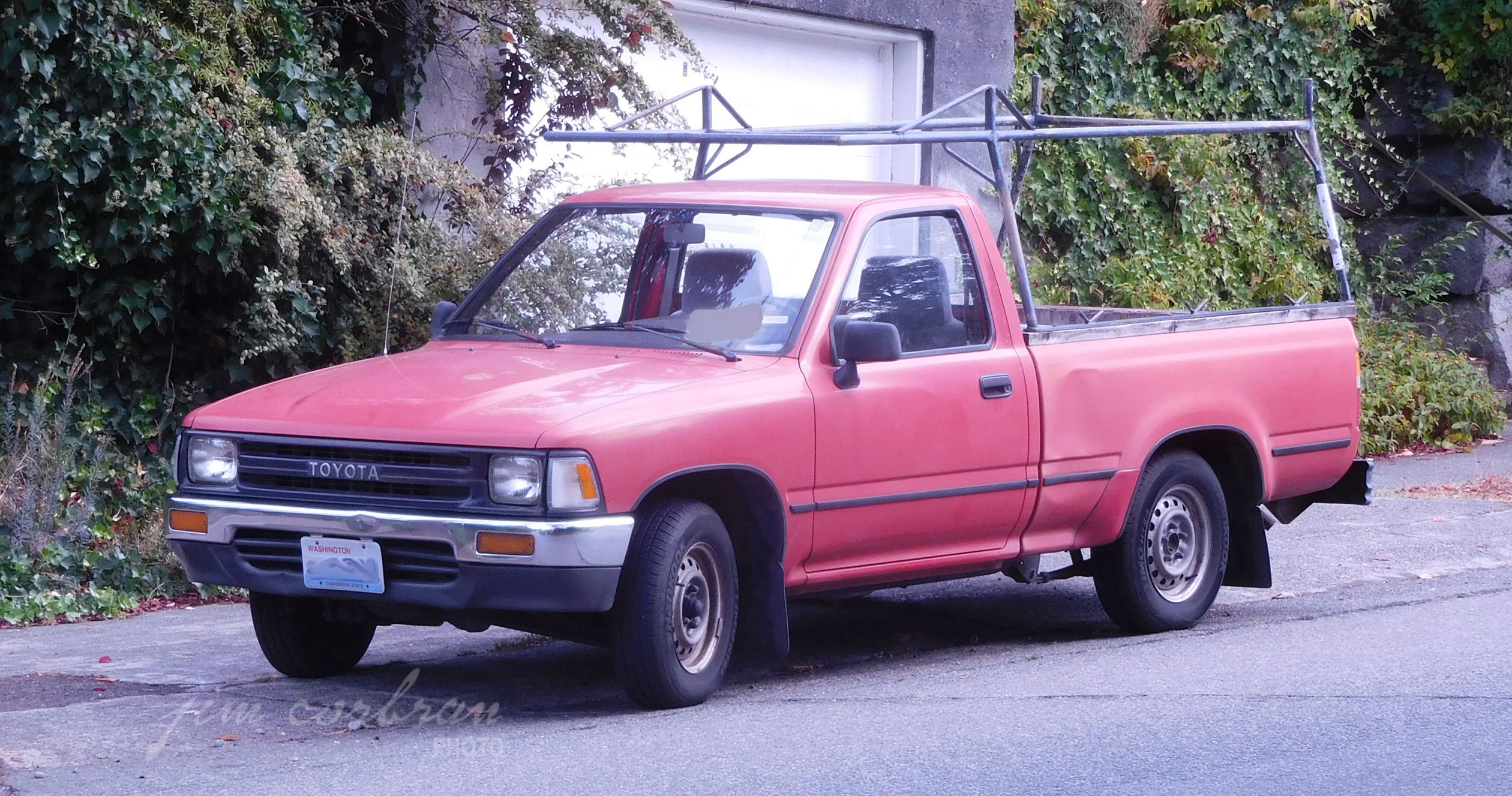 Back when this 1990 Toyota was new, the pickup market was much less complicated. In the Toyota showroom, there were longer and shorter wheelbases, as well as extended cab and 4-wheel-drive versions. As an added bonus, it was very likely that each one of them would fit in the average garage, and you wouldn’t need a stepladder to load/unload things out back (nor were you likely to have to take out a mortgage to buy one). This red example, which looks like it’s still on the job, was seen about a year ago while we were in Seattle. Dings and dents? Yes. Faded paint? Yes. Solid-looking body? Yes again (thank you Pacific Northwest climate). Volkswagen, under license, built a version of this truck in Germany called Taro (below), which was sold primarily in Europe. This would be the final generation of Toyota’s pickup (called the Hi-Lux in many markets) in the U.S. before the introduction of the Tacoma for MY 1995. 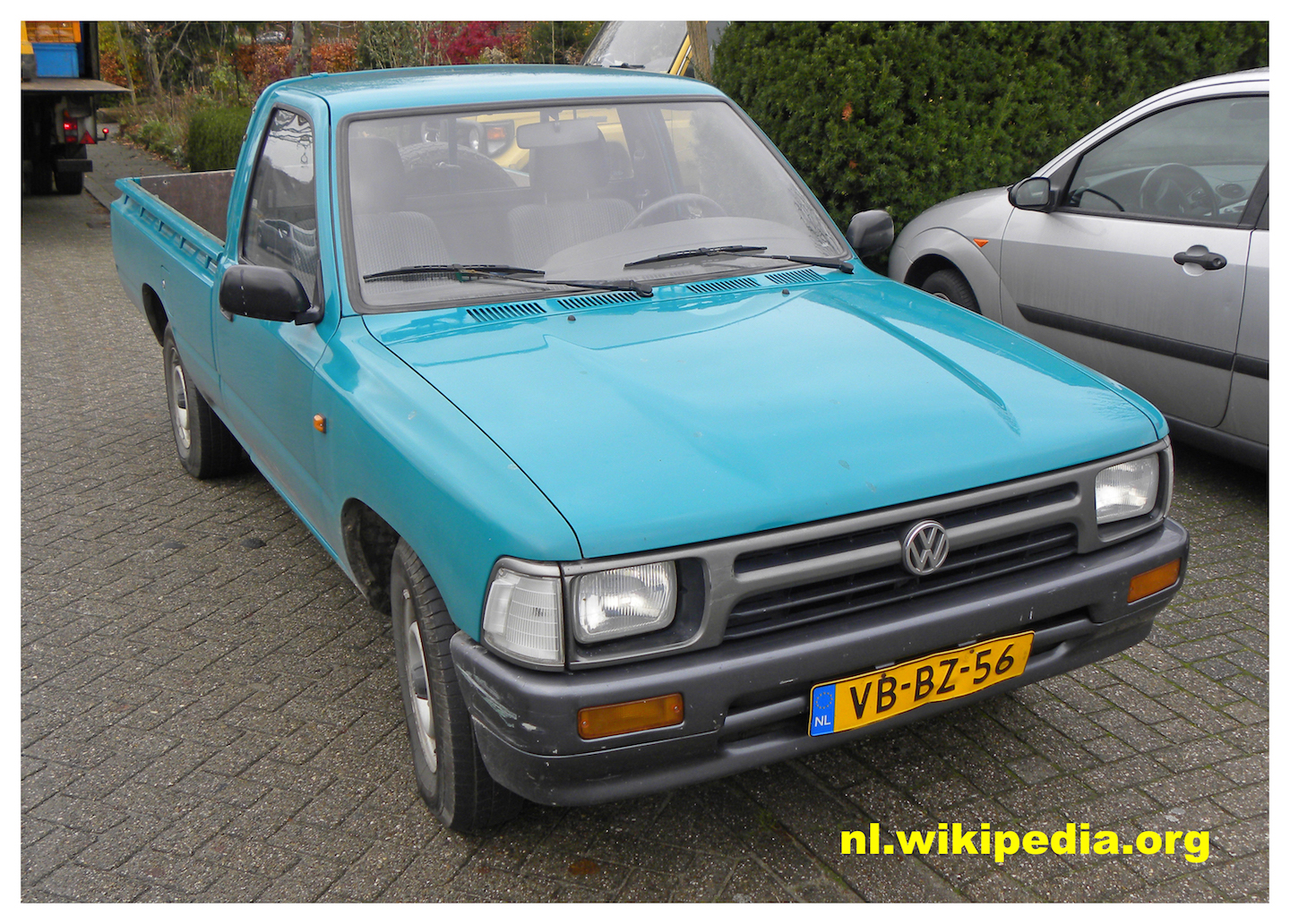