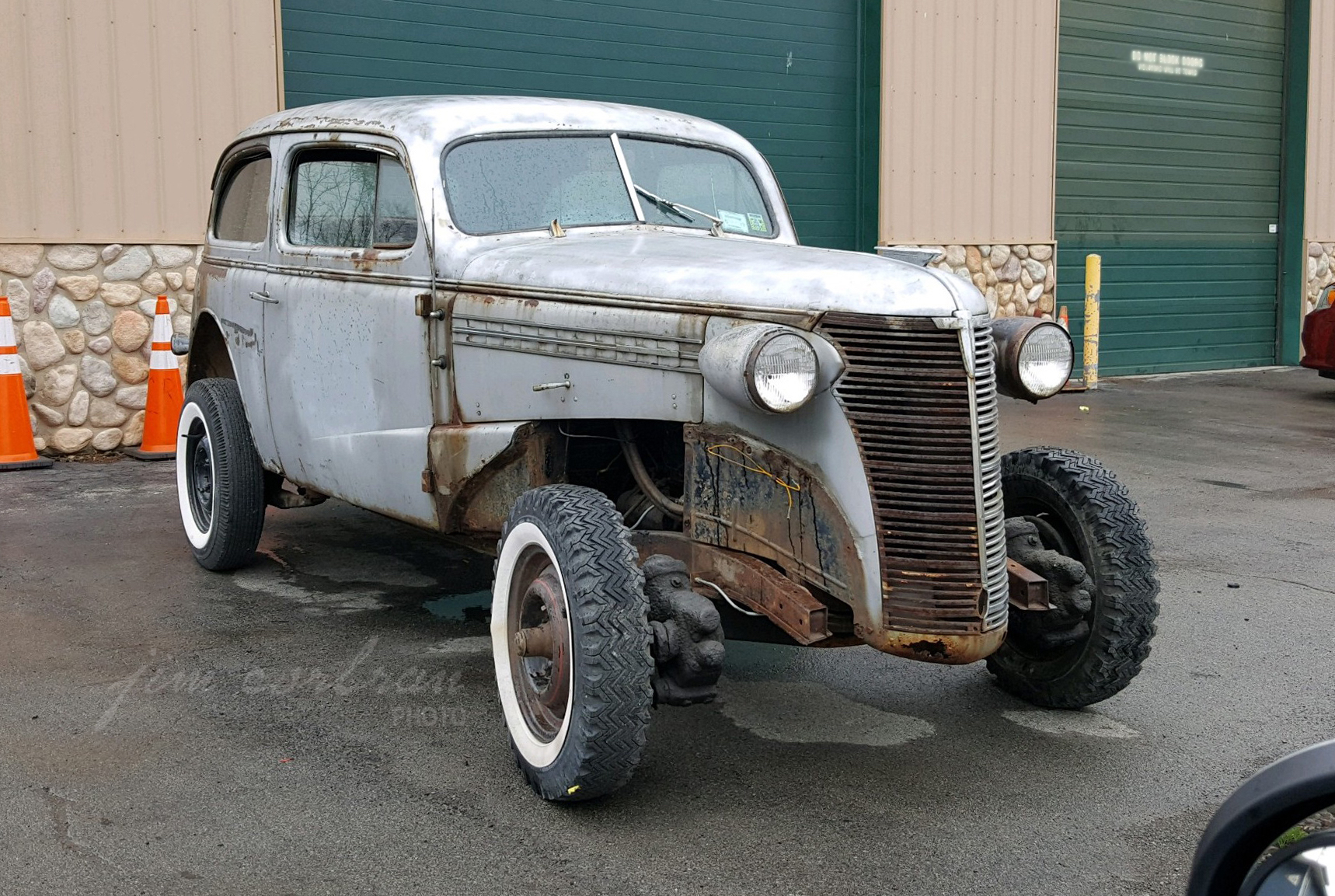 When we passed by this 1938 Chevrolet earlier this summer on a bike ride in Tonawanda, we made a mental note to stop back some day and see how it turned out. Luckily, we’re now committing that note to virtual paper, as mental notes are often never heard from again, Lol… We’re also hoping to ask if this one has front-wheel-drive. Why else, we wondered to ourselves, would it be wearing a set of snow tires on the front? Again, Lol… This one’s a Town Sedan, or in today’s lingo, a two-door sedan, while the four-door was called Sport Sedan. There was also a Cabriolet (convertible) with a single bench seat in the cabin and a rumble seat out back, as well as a couple of coupes. All were powered by an 85-hp inline six of 216.5cid. The transmission? Something Chevy called “Synchro-Mesh. Silent second speed.” All new Chevys also came with a high-pressure lubrication gun and a tool kit. Only the Master Deluxe models featured an “ash receiver” in the dash, and a second tail/stop light, located on the passenger side.