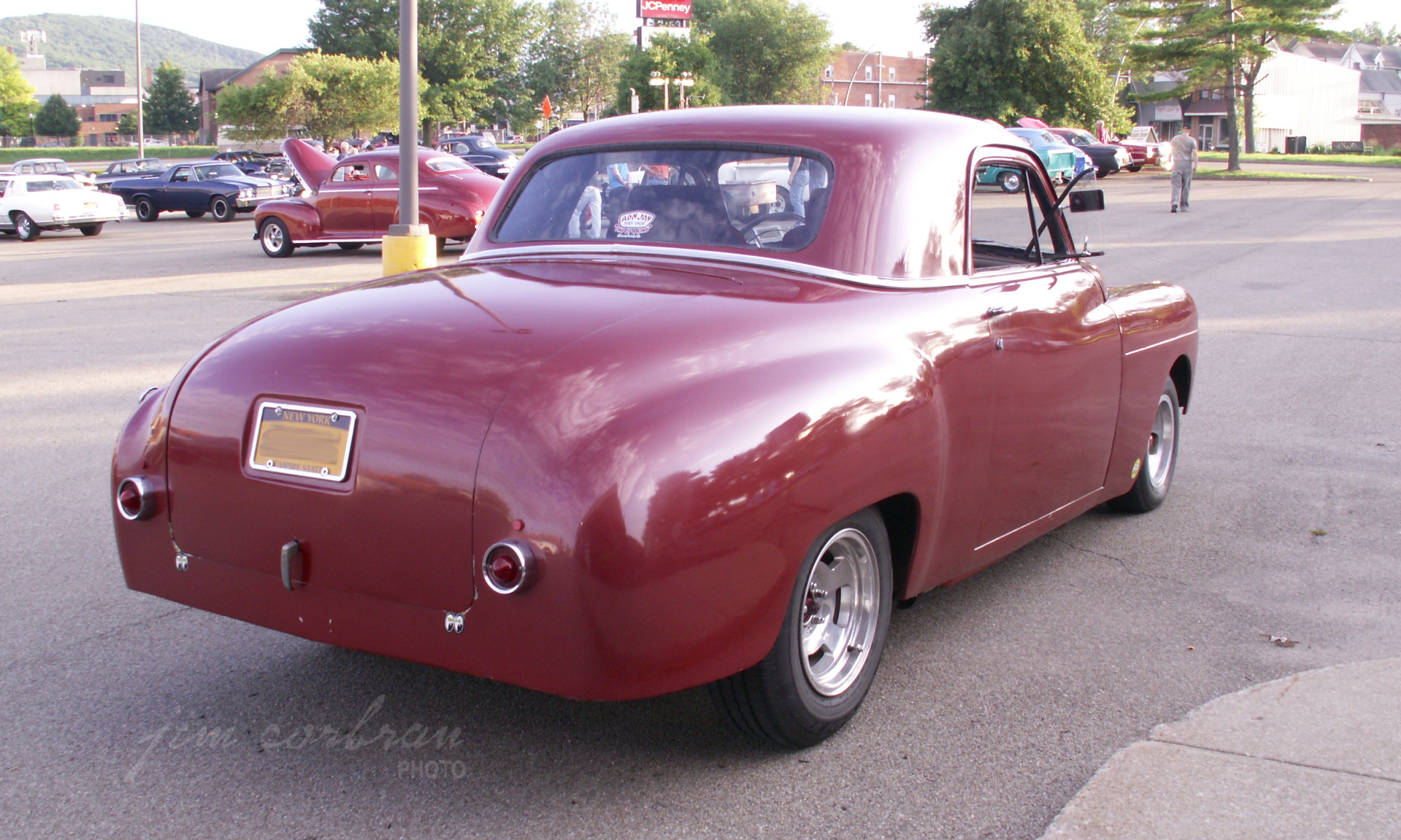 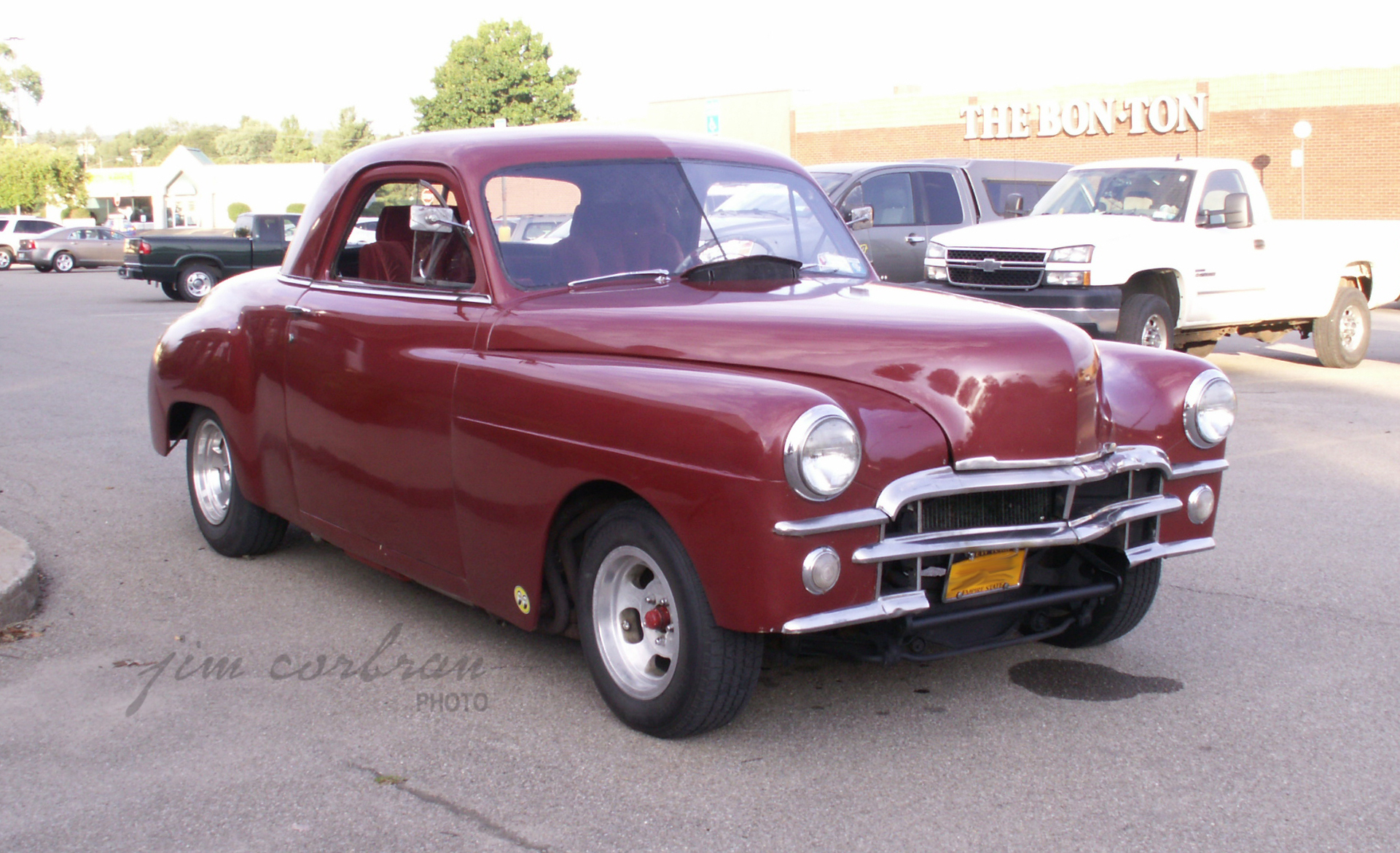 This 1949 Dodge Wayfarer certainly has a distinctive shape. Well, maybe not so distinctive back in 1949, but they sure don’t make anything like this these days. The coupe body style was on the way out in the late 1940s-early 1950s. These cars had no back seat, but as you can see from the photo at the top of the page, they had a very ample trunk! This one, seen a few years ago at a weekly cruise night in Olean, has obviously “had some work done.” When it was new though, it had a full grille and bumpers, as well as an L-head straight six under the hood, of 230.2 cubic inches rated at 103 hp. The Wayfarer lineup, its wheelbase of 115” being 8-1/2 inches shorter than the Coronet and Meadowbrook models, was also available as a six-passenger two-door sedan and a three-passenger roadster. Dodge sold over 9,300 of the coupes, with a starting MSRP of just $1,611.