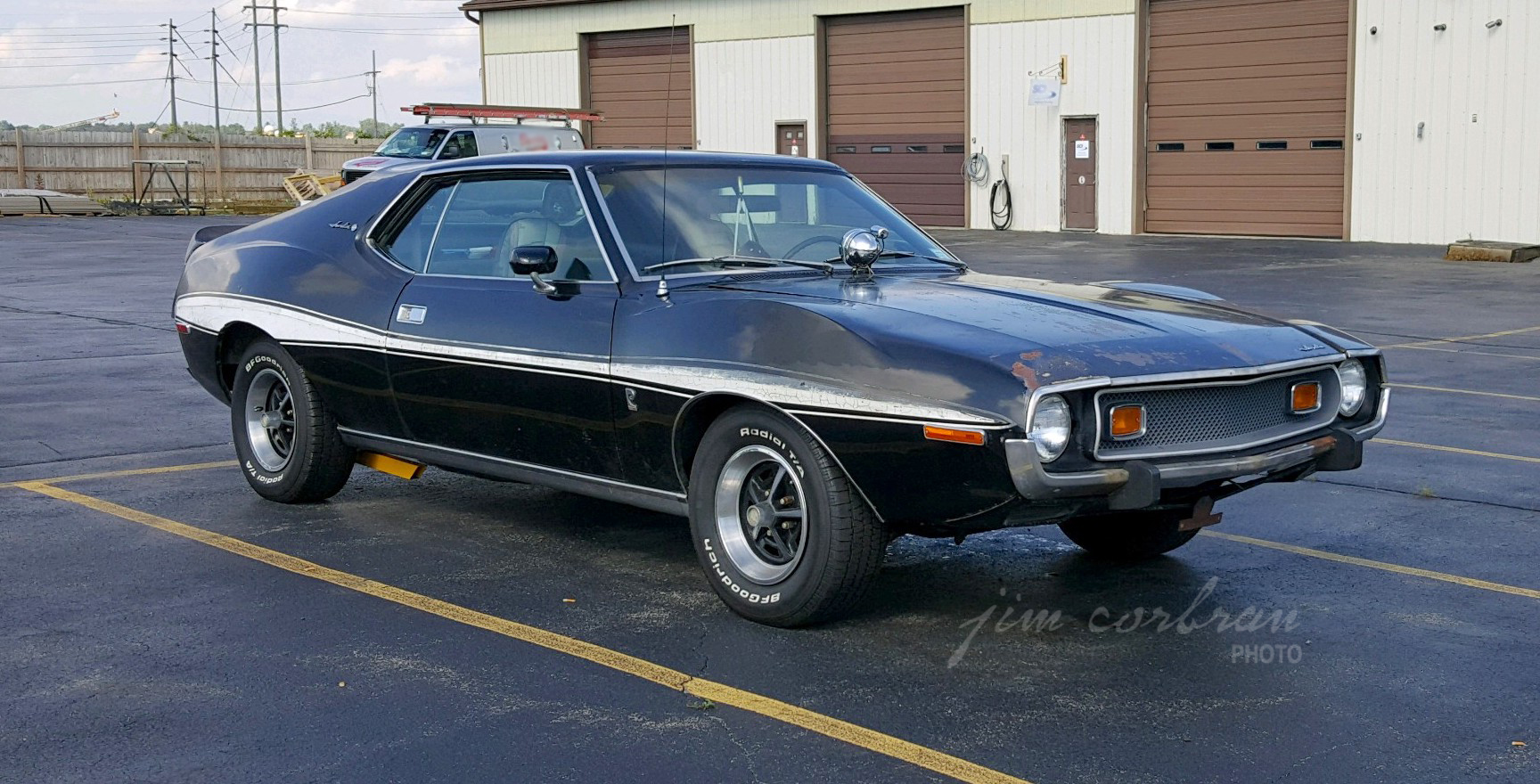 After a total restyle, at its introduction in 1971 the brochure told us this similar-looking 1973 AMC Javelin had “Styling so hairy we even risked turning some people off.” It certainly was a departure from the clean look of the first gen Javelin, which debuted for 1968. Right up front they mentioned the elephant in the room, its “…sculptured fenders knifing through the plunging hood line.” For MY 1971, the two-seater AMX became a Javelin variant, complete with — horrors! — a back seat. The ’73 AMX came standard with AMC’s 304cid V8, while regular Javelins started out with a 232cid straight six under the hood, connected either to a floor-mounted three-speed manual transmission, or the extra-cost column-mounted automatic. A larger six and four V8s were optional. Today’s RealRide, seen over the summer in Lancaster, has the Cardin interior option — designed by the Italian-born French designer Pierre Cardin — which consisted of “Cardin” trim on the bucket seats, door panels, and headliner, as well as the Cardin badge seen here on the front fender (see brochure illustration below). 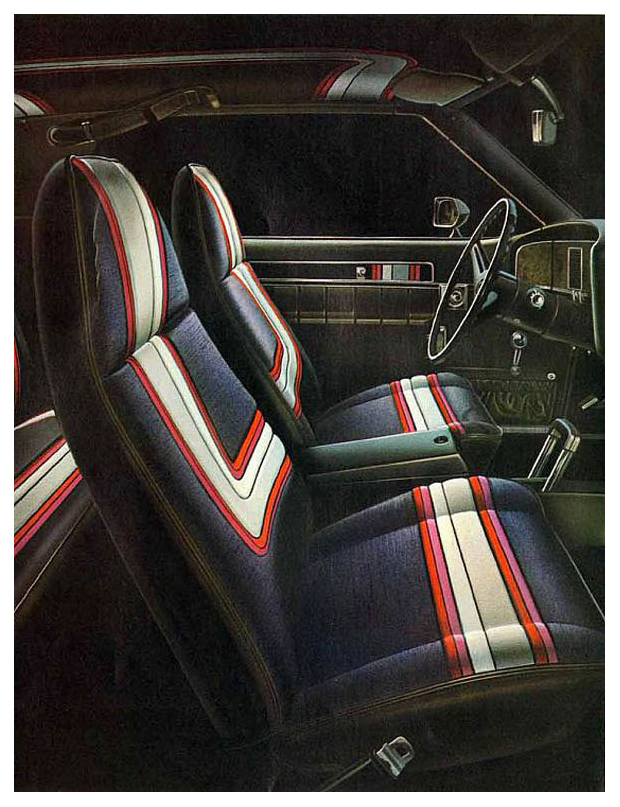