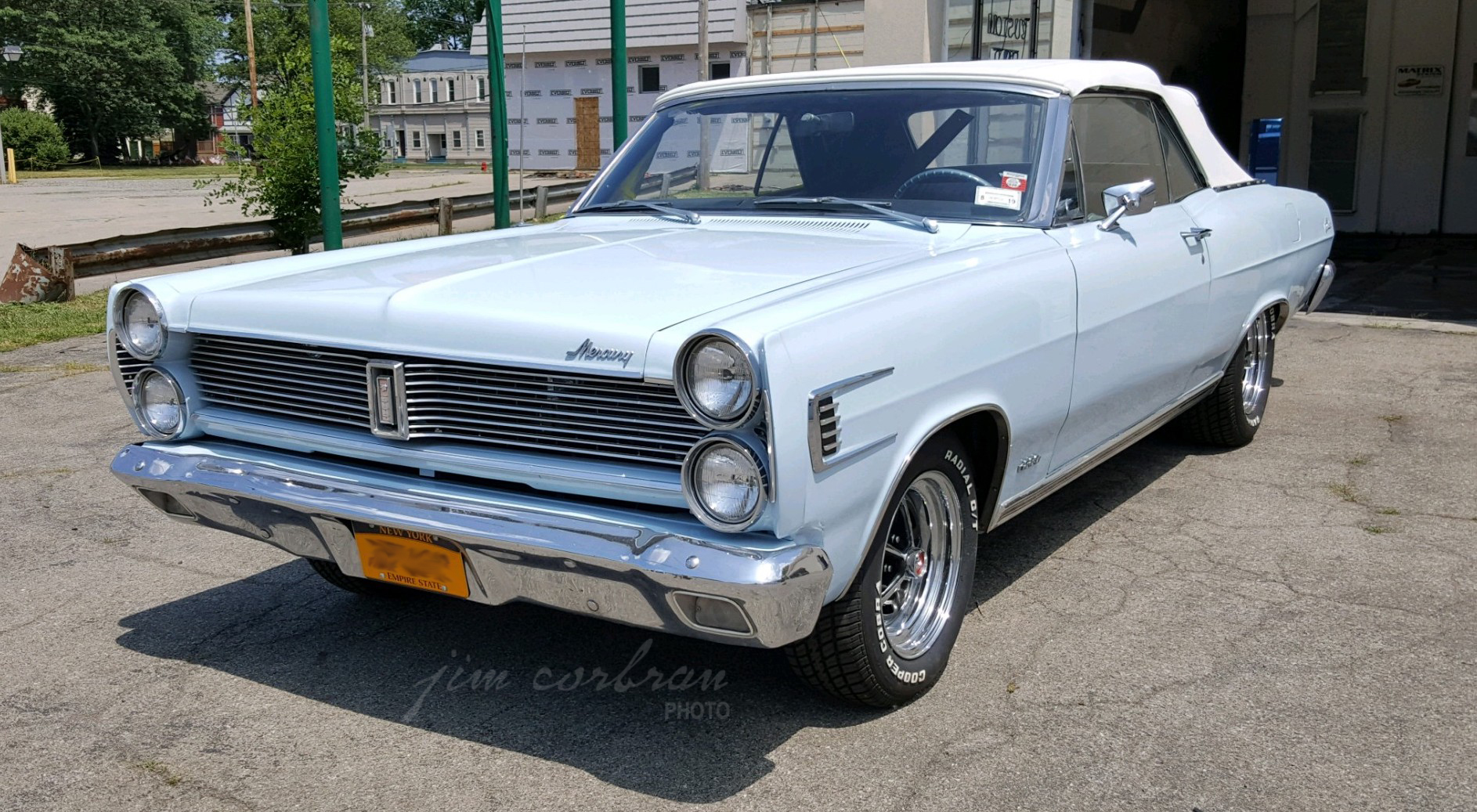 Imagine for a moment that you’re a woman, car shopping in the fall of 1966. The manufacturers are rolling out next year’s models, and one in particular catches your eye as you’re walking through a local showroom. Asking the salesman for some information (and in 1966 it was most likely a salesMAN), he hands you a glossy brochure. And as you glance down at it you notice on the cover (and on most of the pages inside):


Not sure who bought today’s RealRide, a 1967 Mercury Comet Caliente, back when it was new, but we’re glad that it has survived all these years. The Caliente, when first introduced for 1964, was Comet’s luxury model, supplanting the Custom at the top of the lineup. It was available as a four-door sedan, as well as a two-door hardtop and this convertible. A 200cid straight six was standard, but judging from the fender badge, today’s RealRide seems to have the optional 289 V-8. Saw it a few days ago in Tonawanda.