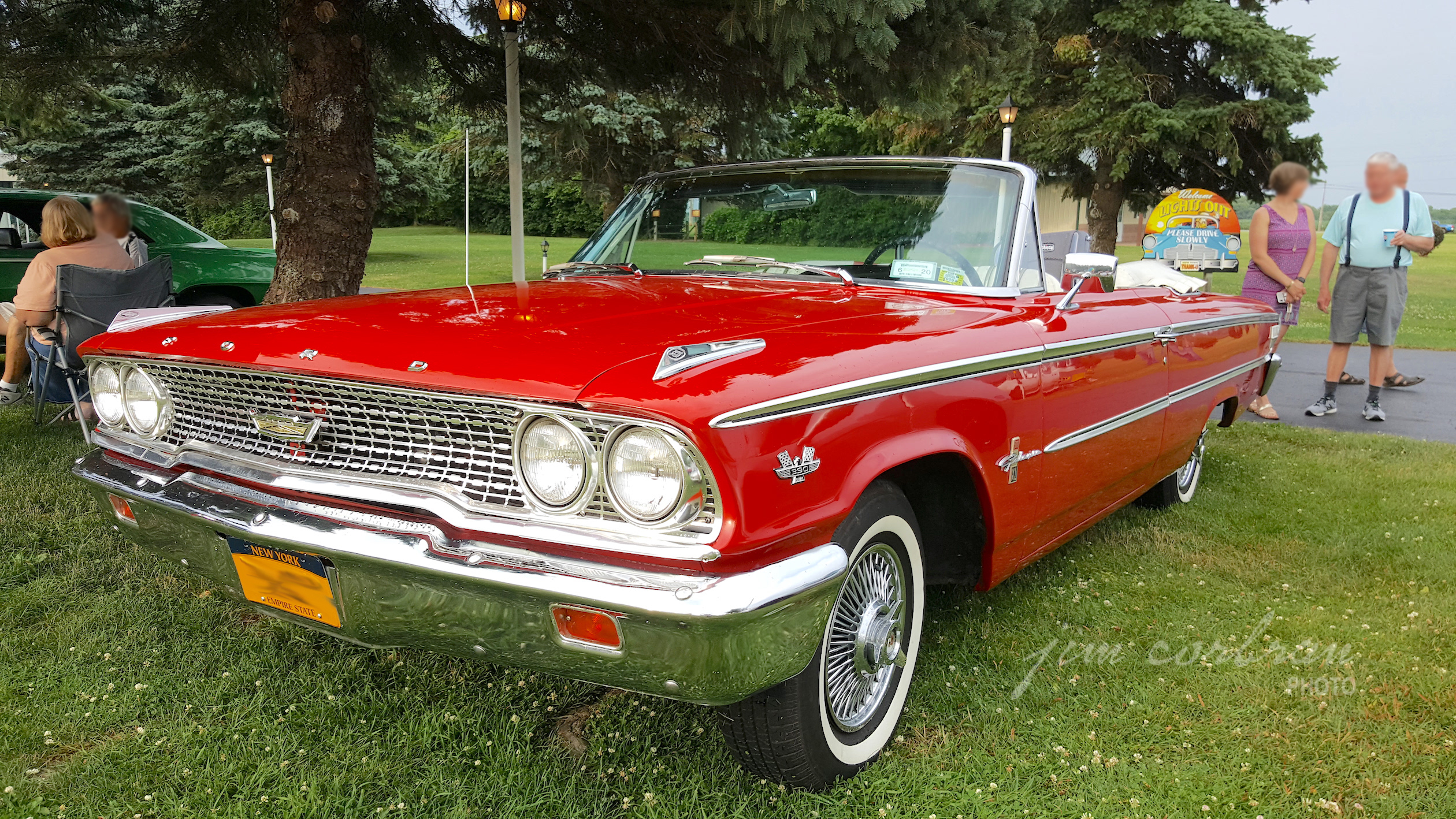 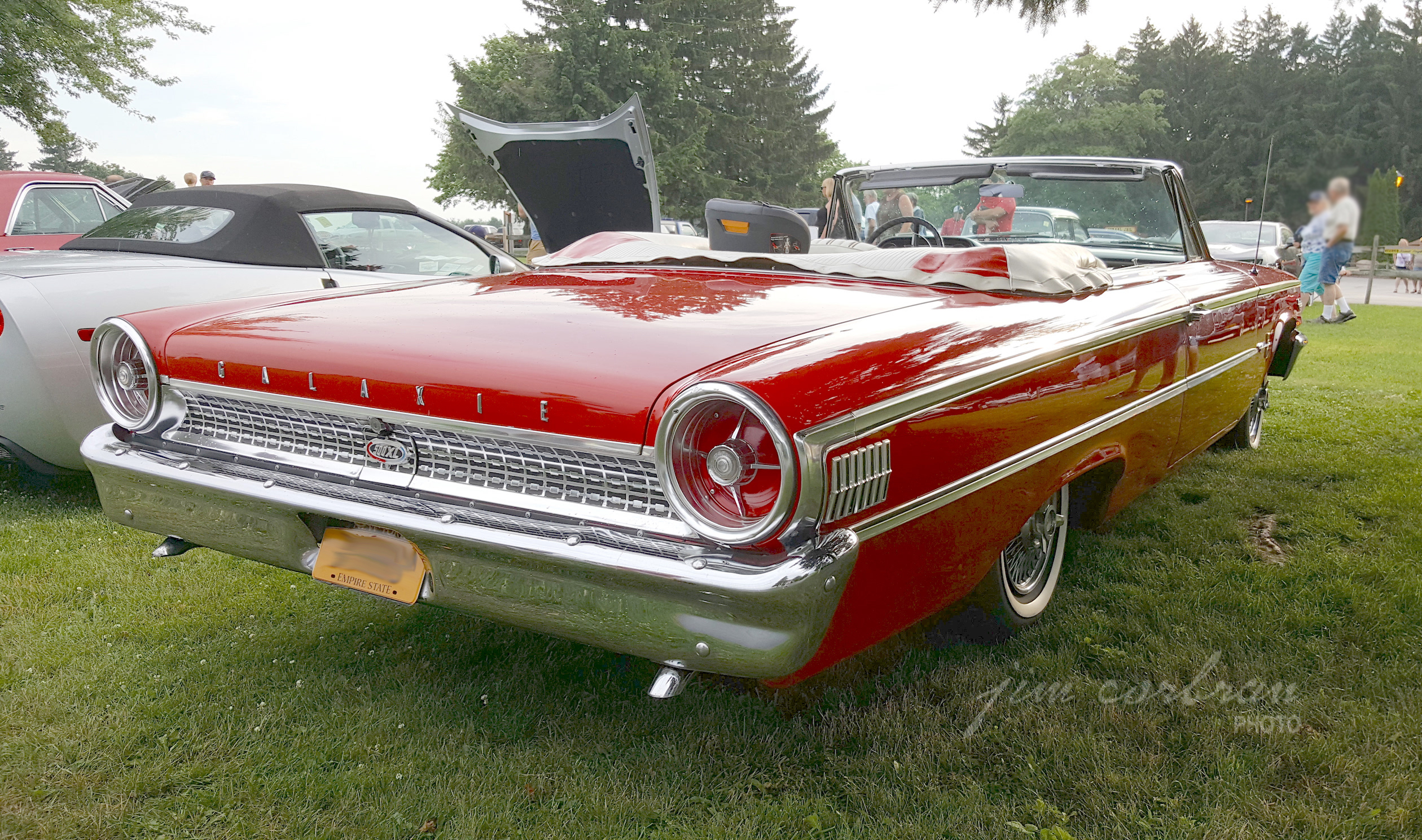 This 1963 Ford Galaxie 500/XL brings back a lot of memories — not that there ever was anything this fancy in our driveway when I was a kid, but there was a two- or three-year window of time when there were two 1963 Fords in the Corbran garage. Dad drove the ultimate cheapie — a Galaxie four-door sedan with a straight six and a square plastic rectangle on the dashboard where the radio would have been if’n it had one; Mom had a bit more of an upscale two-toned red & white Country Sedan station wagon — which didn’t have a third seat, but that never kept us from riding back there anyway! (Both very similar to the pics at the bottom of the page.) This red convertible, seen a couple of summers ago at a weekly cruise night at the Silver Lake Drive-In in Perry, has a 390cid V8 under the hood. Silly you if you have to even ask what engine powered the Corbran Fords — two Mileage-Maker Sixes to go please, both with three-on-the-tree! 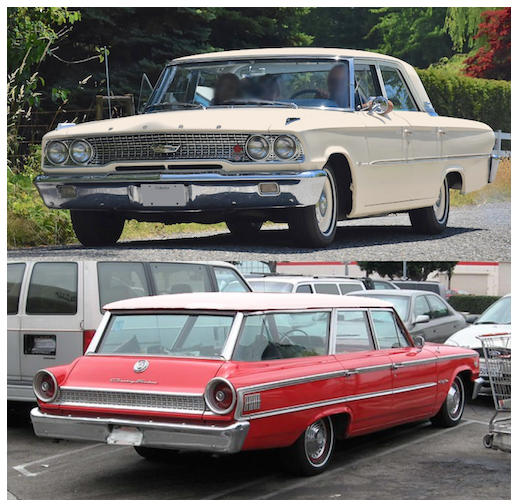