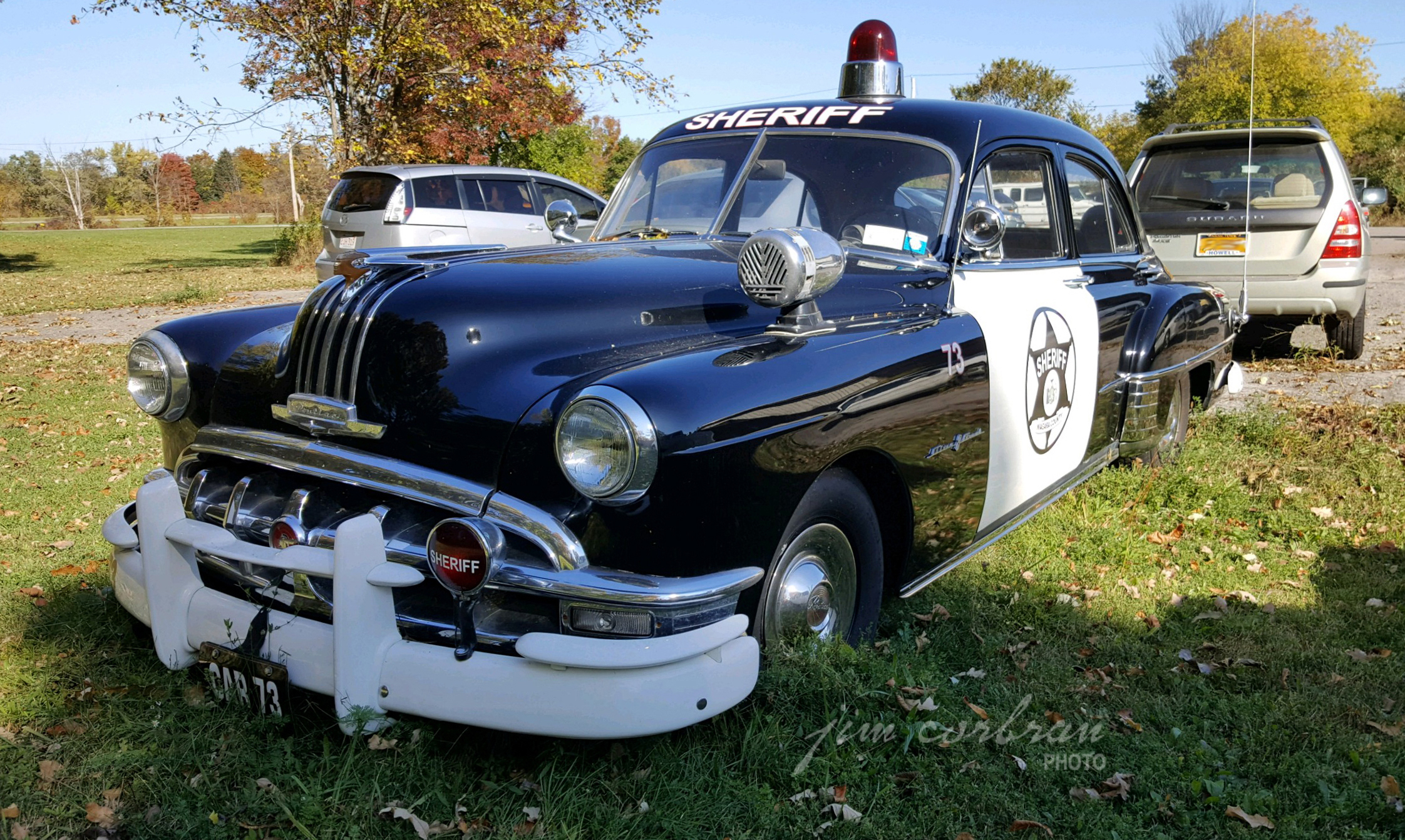 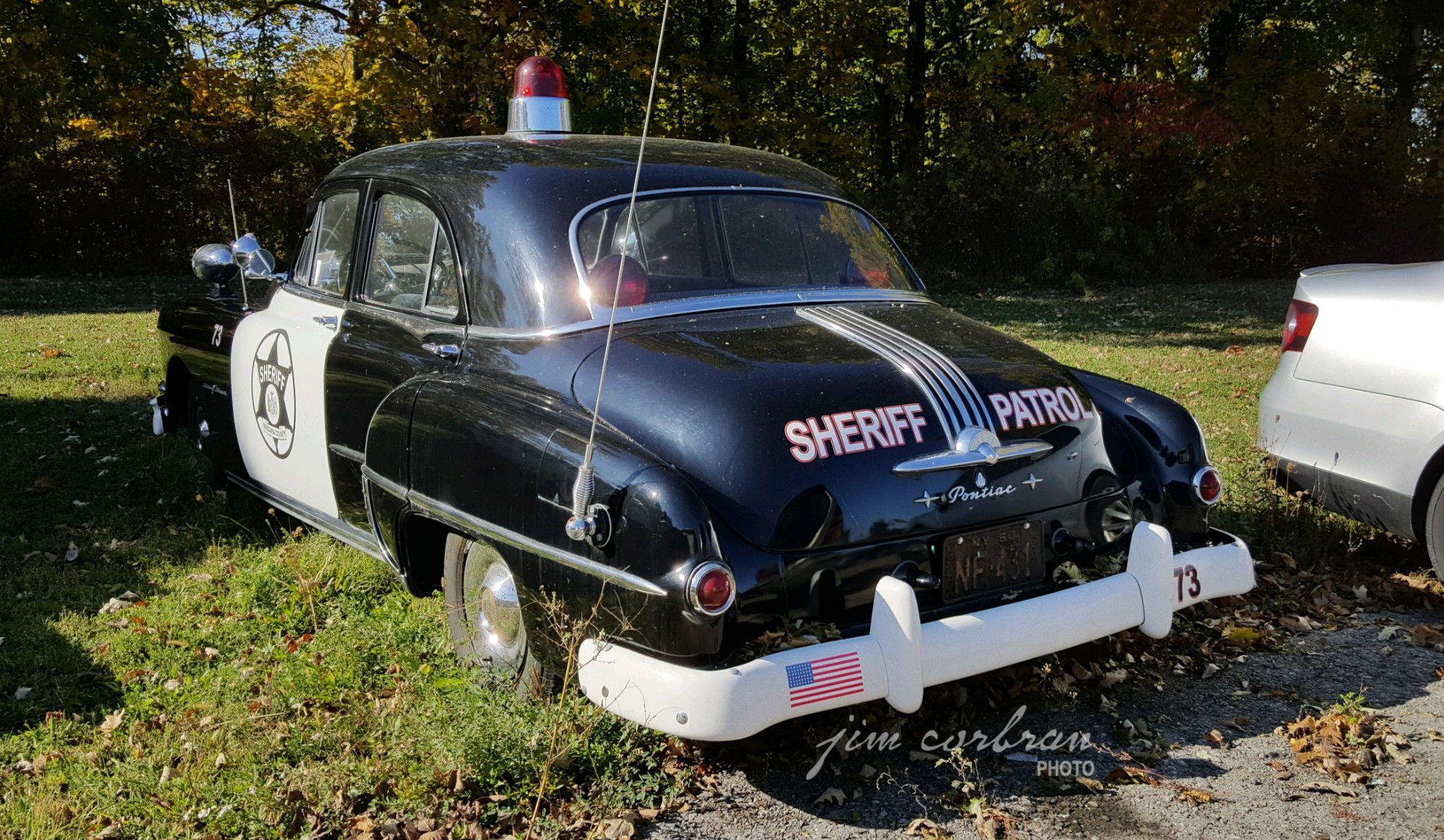 Not sure if this 1950 Pontiac is an actual Niagara County Sheriff’s car or a replica of one. We saw it a couple of weeks ago parked in Youngstown. The markings certainly look authentic, but I have my doubts about the white bumpers… and it seems kind of “chromey” for a police car but, hey, you never know! Pontiac was still a few years away from putting a V8 under the hood — I’d imagine this being a police car and all that it has the straight-eight, a 268.4cid unit rated at 108 (or 113) hp; the straight-six wasn’t all that different — 239.2cid and 90 (or 93) hp. Pontiac told us in their brochure that “Everything is so much nicer in a Pontiac!” I wonder if that included the perps in the back seat. Lol…