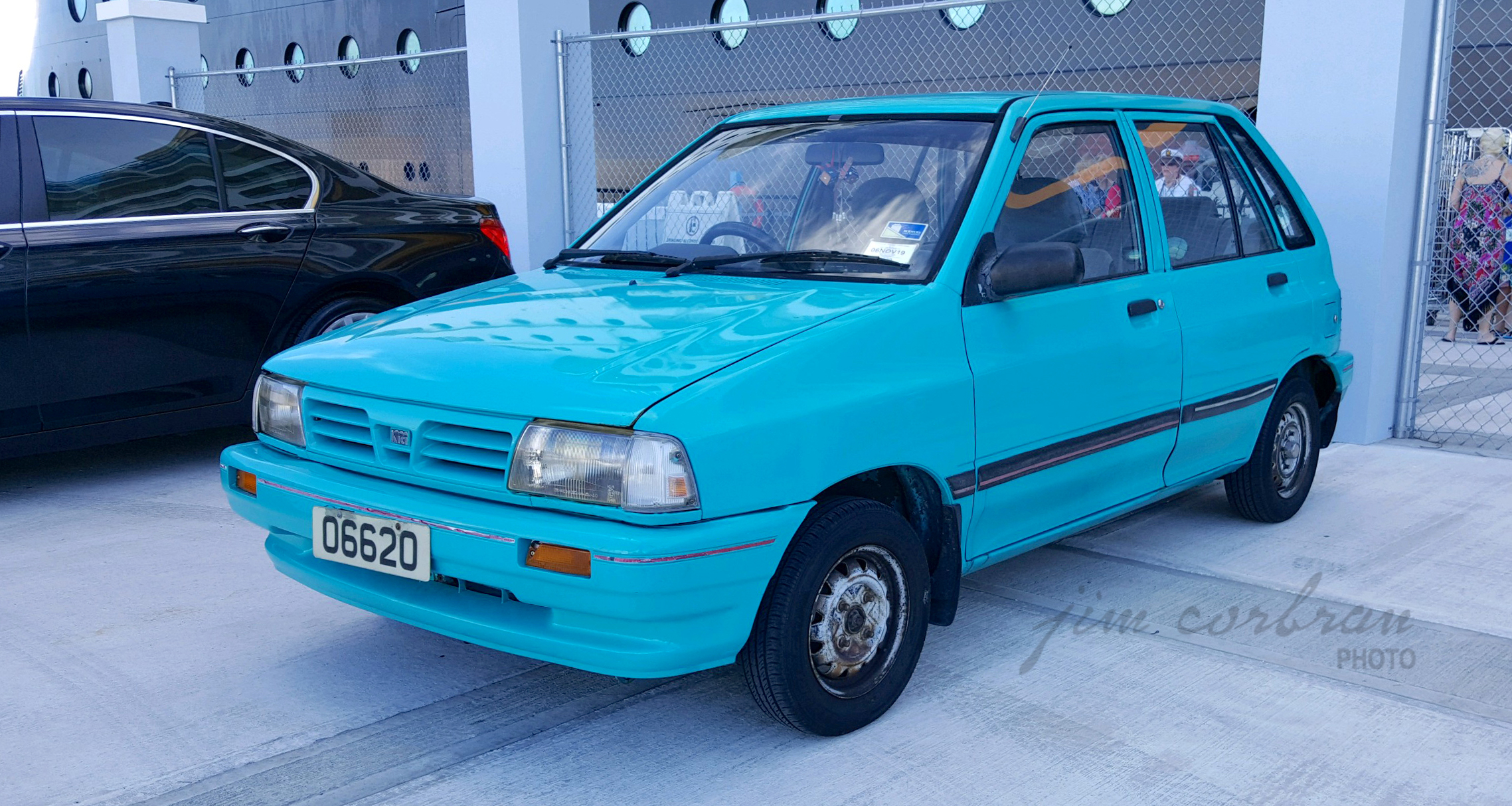 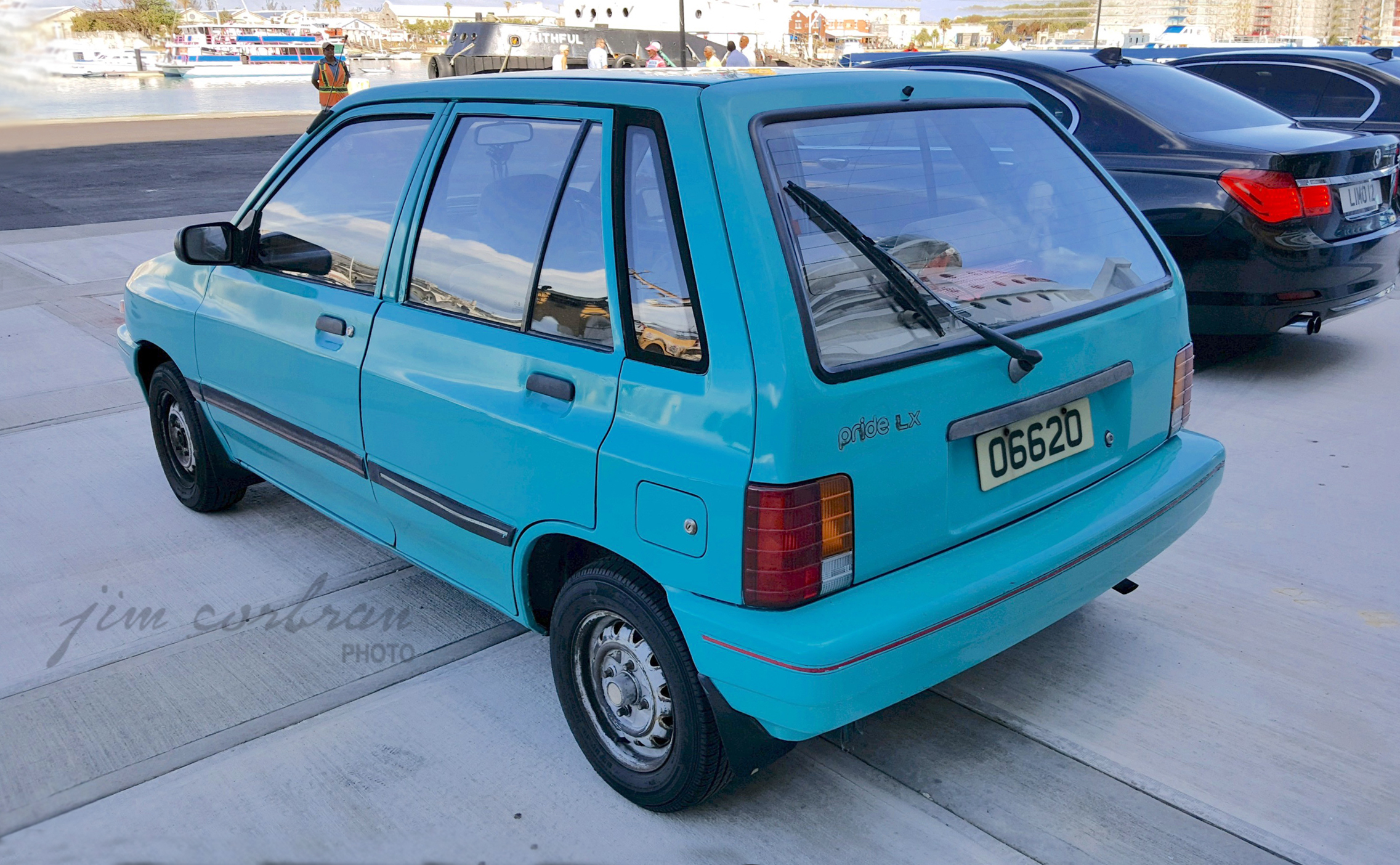 This Kia Pride LX, c1990, was one of the first things I spotted when we arrived at King’s Wharf in the Royal Naval Dockyard in Sandy’s Parish, Bermuda last week (see the view from the 9thdeck at the bottom of the page). The Pride was sold in many parts of the world under different names. In the US we knew it as the Ford Festiva — and I don’t believe that we could buy a four-door version until the second-generation car came along for MY 1993 (at which time it was renamed Aspire). The Pride was manufactured (under one badge or another) in South Korea, Japan, China, Egypt, Iran, Iraq, Taiwan, and Venezuela. Australian and European versions, built in Japan, were badged as the Mazda 121; but the version sold in Japan was the Ford Festiva. Very confusing! Some countries also offered a station wagon version, while others sold a sedan which had a conventional trunk. In Iran you could even buy a Pride ute, which was badged as a Saipa. 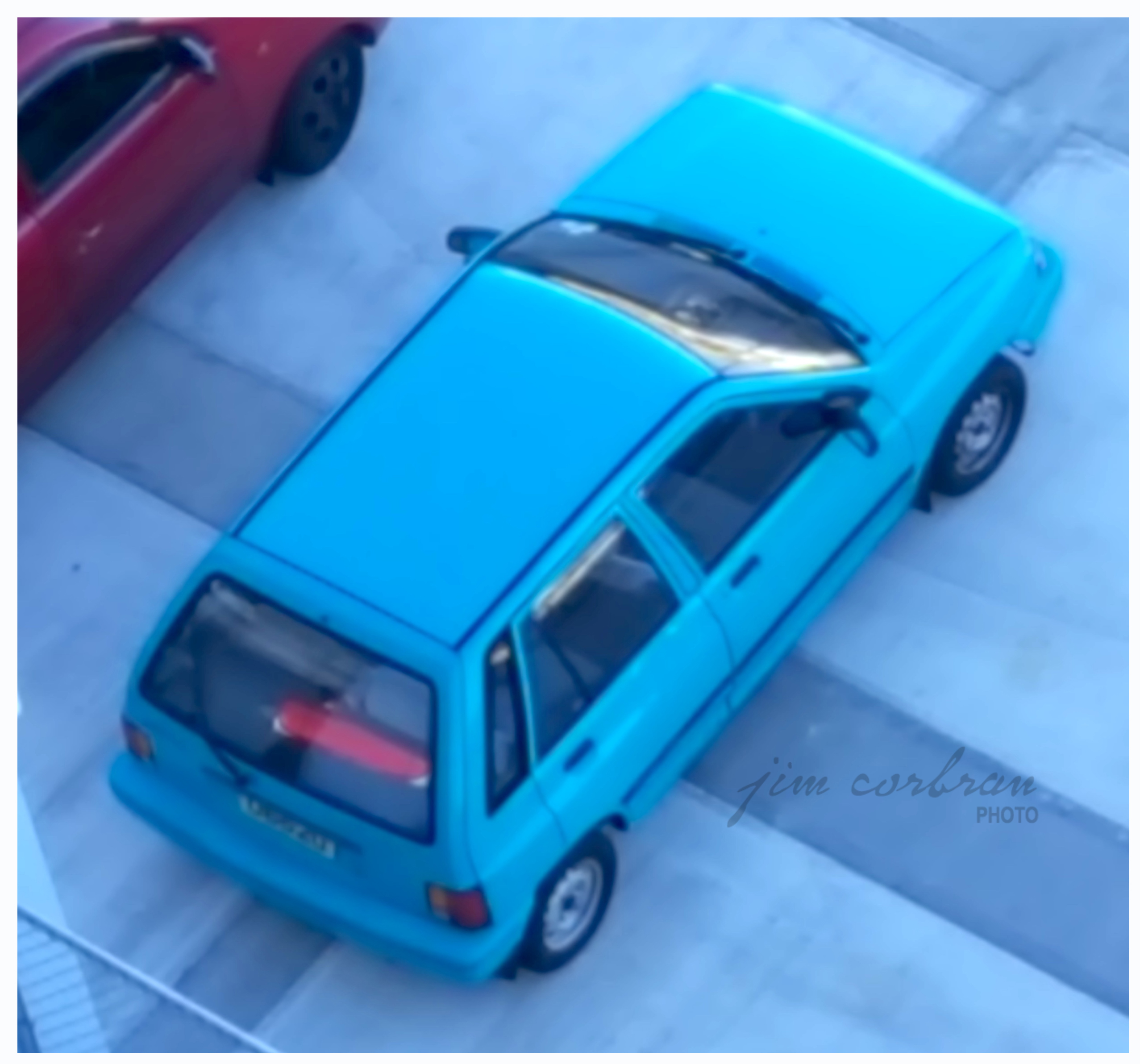