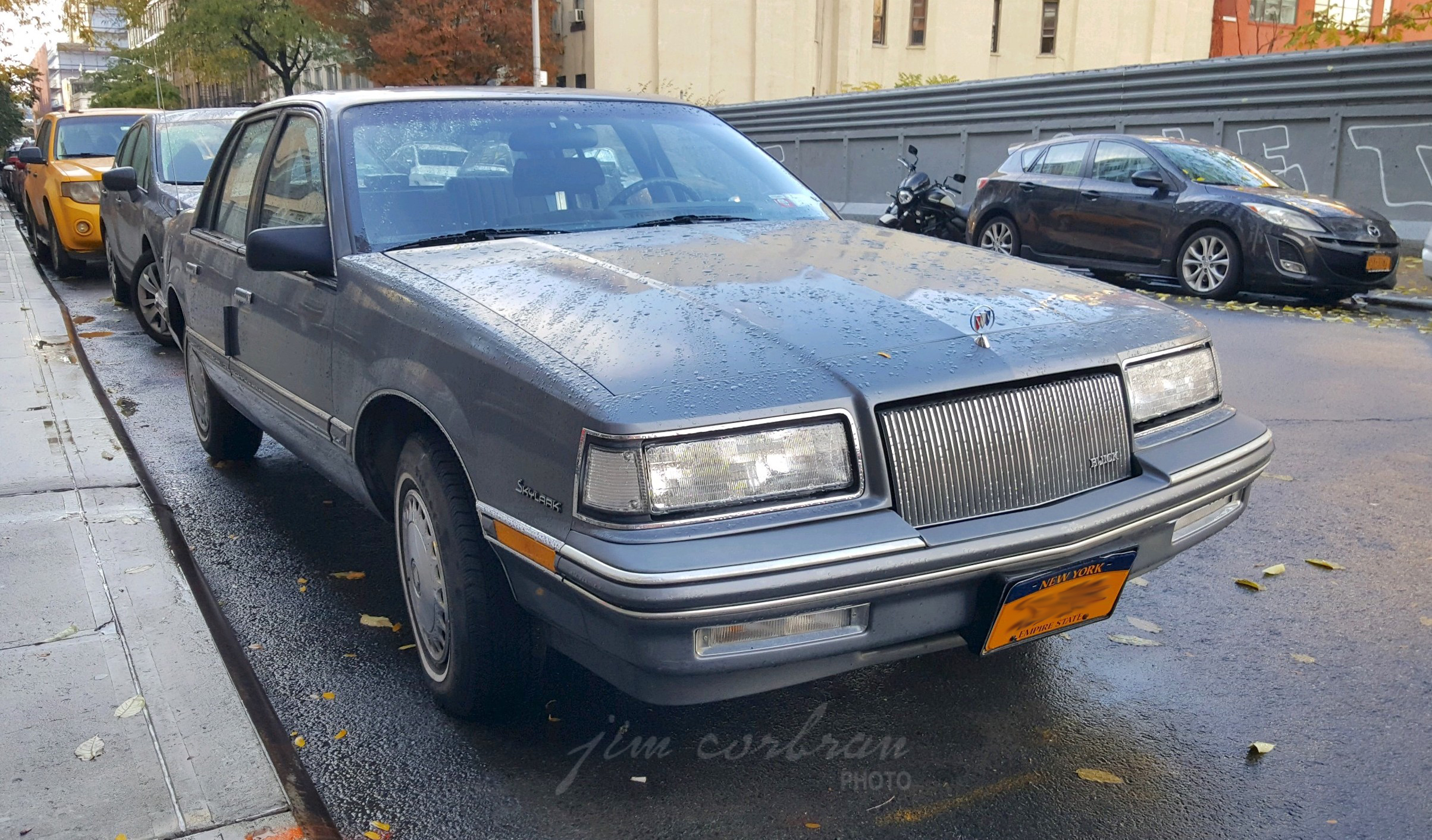 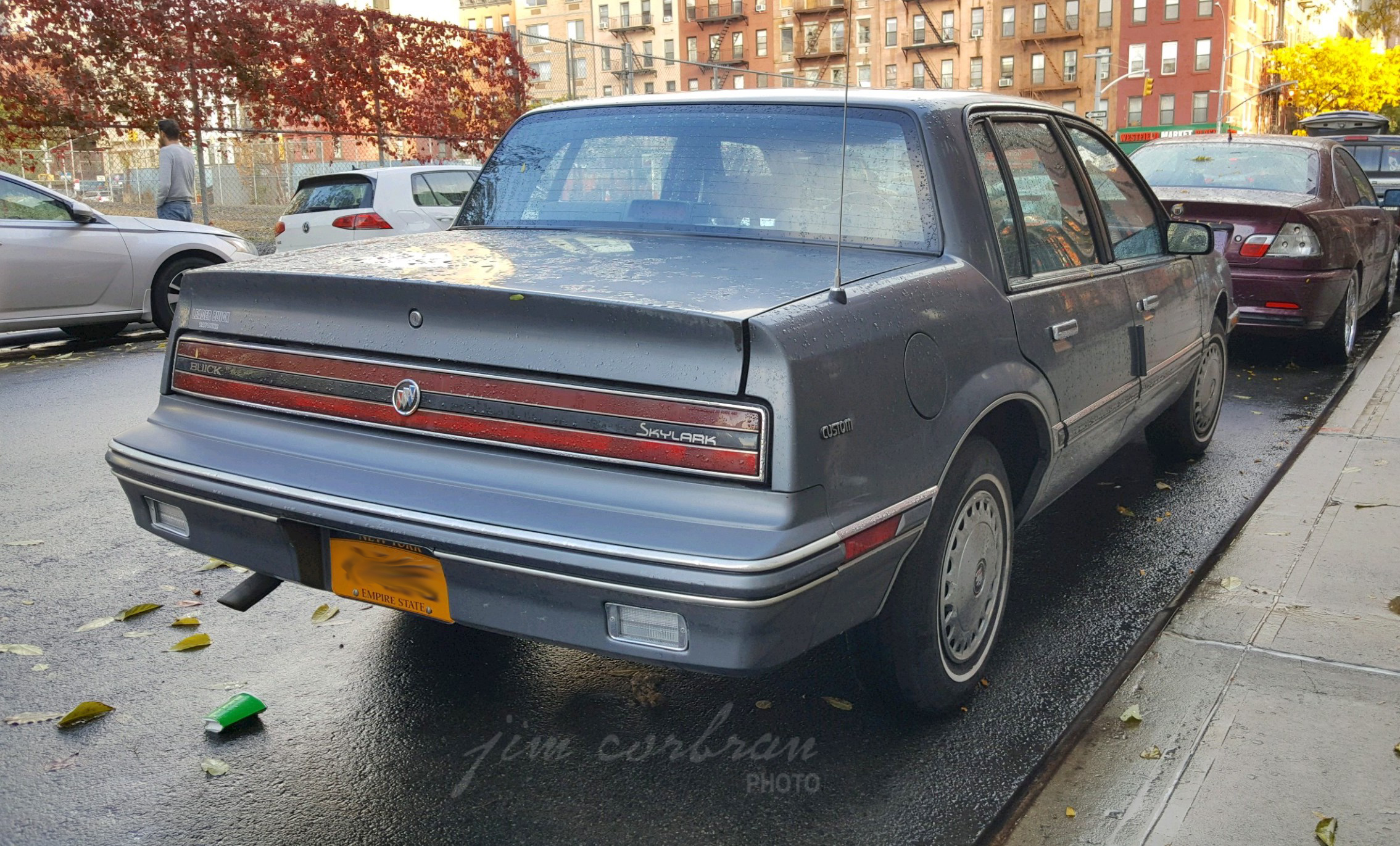 Came upon this 1989 Buick Skylark Custom earlier this past week while walking through Hell’s Kitchen in NYC. It looks like a real survivor car, wearing a dealer tag from Leader Buick, a now defunct dealership in Bayonne, New Jersey which went out of business in 1997. From the front the Skylark looks very Riviera-ish, but the back is more distinctive while hinting at the family tree it shares with Pontiac’s Grand Am and the Oldsmobile Cutlass Calais. Finding a car like this, in this condition on a Manhattan street, leads me to believe that it’s probably still in the possession of its original owner… or maybe that original owner’s grandchild. Buick called it “A little limousine for the price of a little car.” With a starting MSRP of $11,115, they sold 42,636 Skylark Custom 4-doors, so they weren’t all that rare 30 years ago; but when was the last time you saw one still in use?