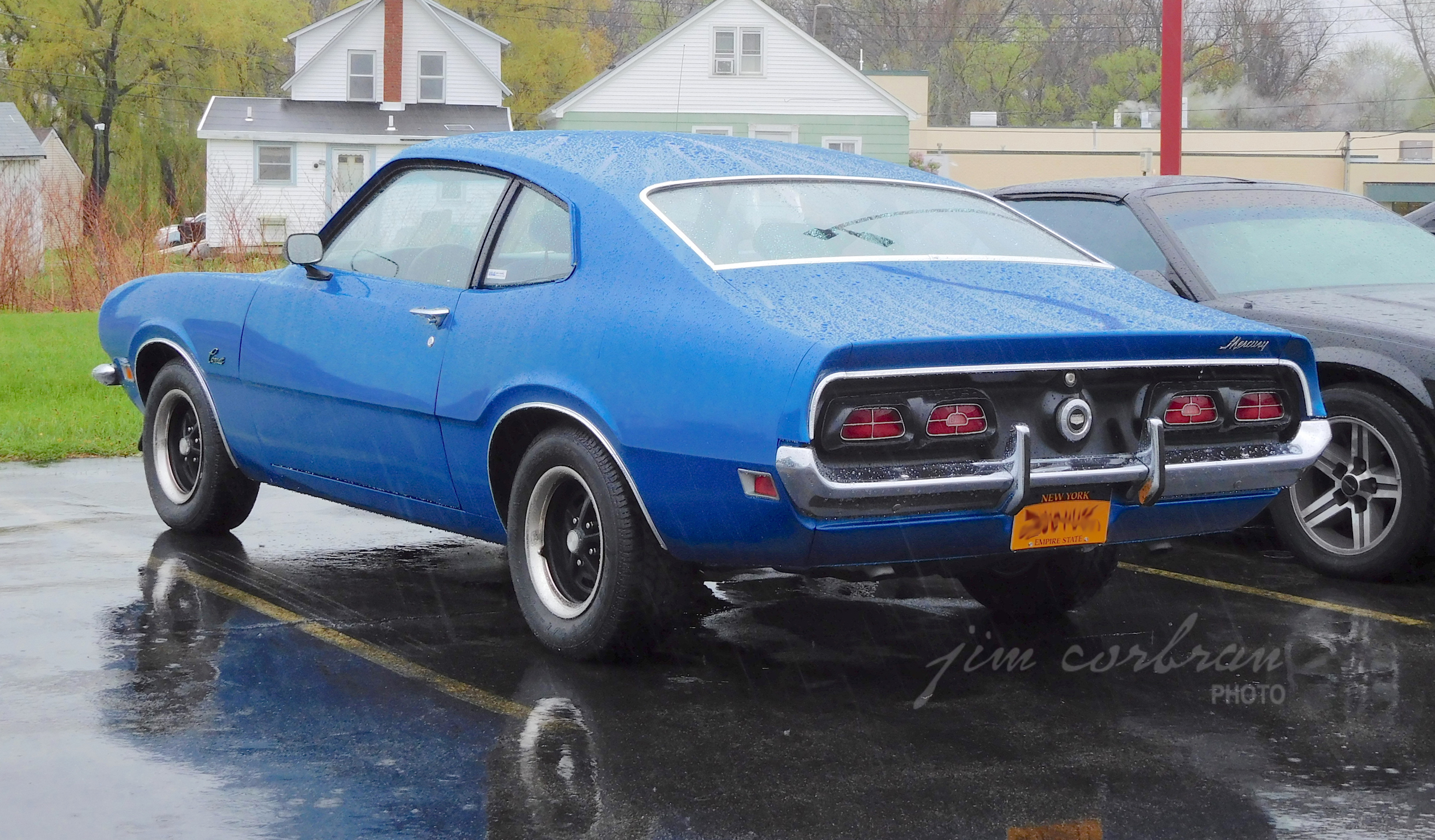 Today’s RealRide is a relatively rare 1971 Mercury Comet. Cousin to Ford’s Maverick, the Comet (unsurprisingly) didn’t sell nearly as well — almost 200,000 two-door Mavericks (including almost 39,000 with the Grabber option) left the factory, compared to about 55,000 Comets. Both Ford and Mercury also sold four-door versions of this virtually identical compact — 73,208 Mavs vs. 28,116 Mercs (see below). Mercury touted the most obvious differences between the two in their advertising: “The Comet has its own bold front grille and powerdome hood design. The rear end treatment is unique and features Montego-like taillamps.” Other than that they were the same car. Saw this blue example a couple of summers ago in Tonawanda.