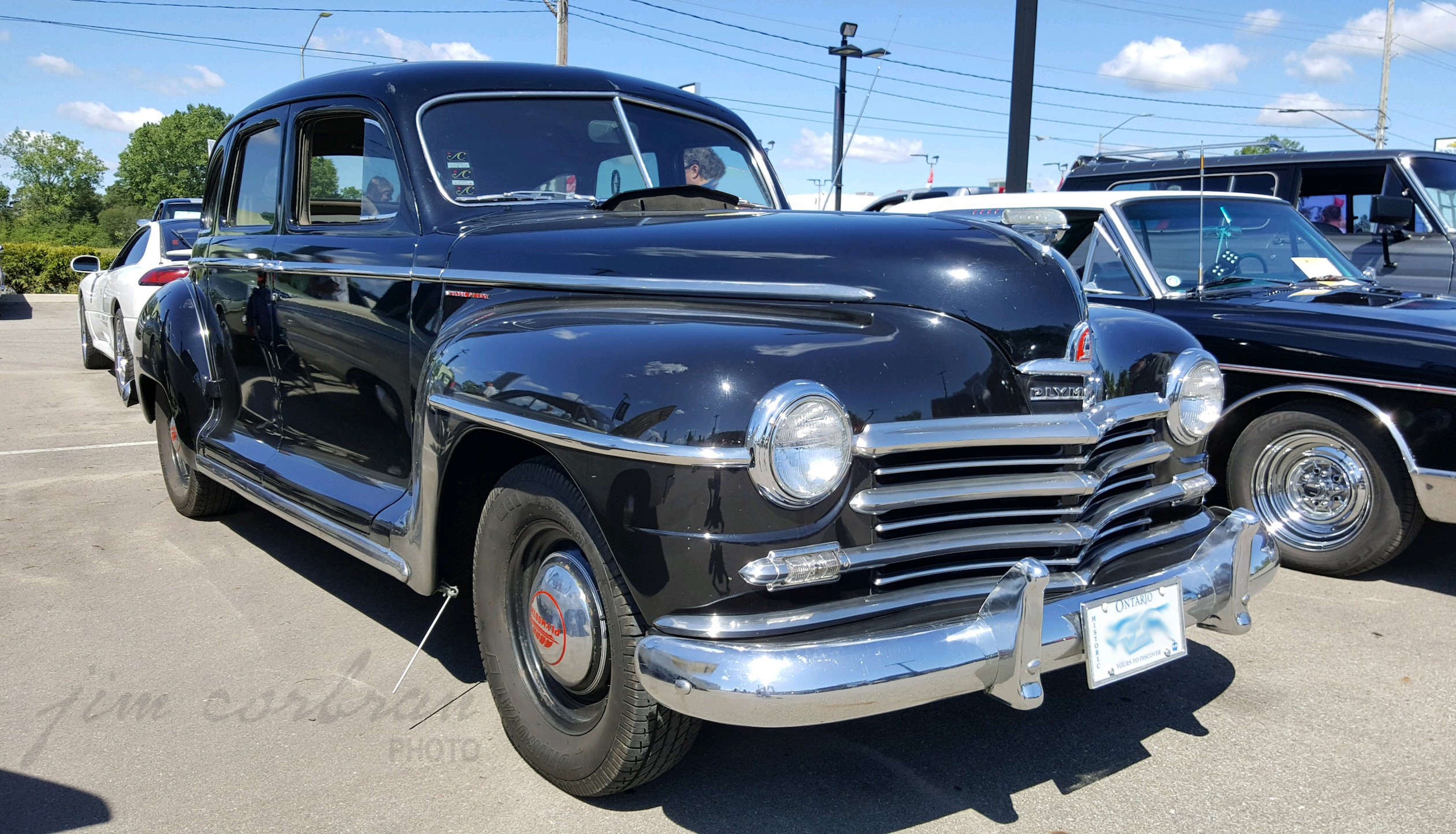 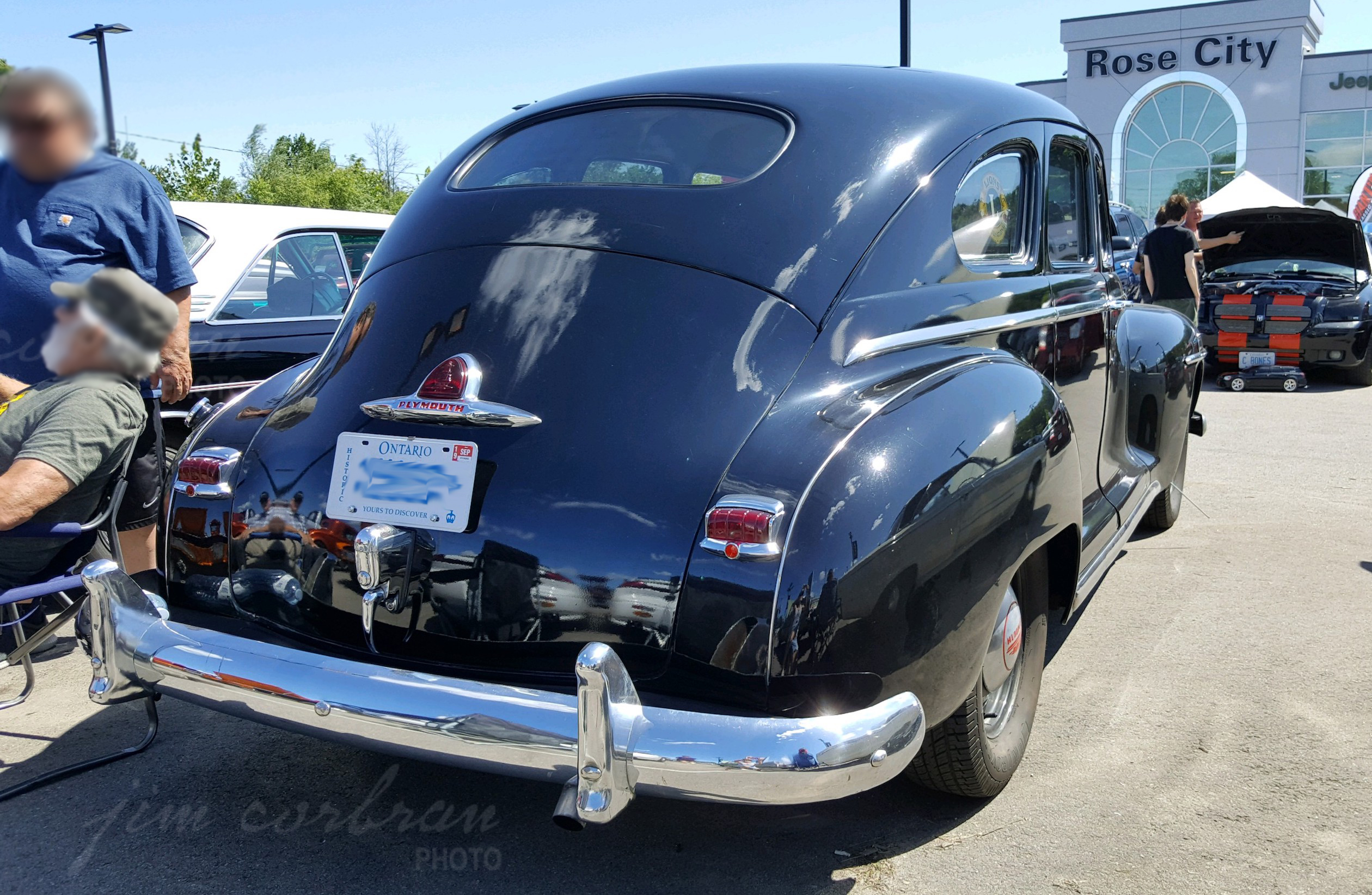 If you were to look up the word “tank” in the dictionary, I wouldn’t be surprised to see a picture of a 1947 Plymouth Deluxe like this one next to the definition. Of course, back in the 1940s, most cars were big hulks just like this one, but all of the Chrysler-built cars just seem to have that, you know — presence. Add to that the fact that they were a favorite of urban taxi-cab companies, and made many appearances in movies of the day helping to cement them into our memory banks. In their ads, Plymouth called their vehicles “The low-priced car most like high-priced cars,” going on to say that “It’s the low-priced car with 20 out of 21 features of high-priced cars.” They don’t tell us just what those 20 features are (or that 21st feature) but, I’m sure they were right! Lol… Saw this one over the summer at the All-Mopar Show at Rose City Chrysler in Welland.