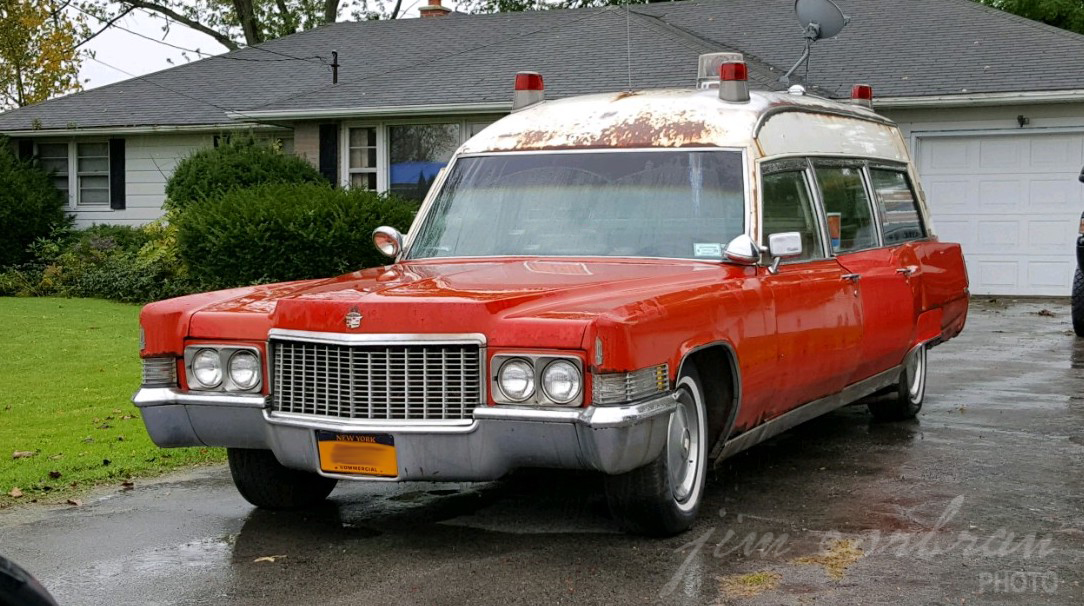 Our crack research staff (me) has decided after literally minutes of internet searches that this 1969 Cadillac ambulance, seen recently for sale in Cambria, is a conversion made by the Miller-Meteor Division of the Wayne Corporation of Richmond, Indiana. (You may recognize the Wayne name from seeing it on many school buses.) Wayne bought out a couple of professional car producers — Meteor Motor Car in 1954, and the A.J. Miller Co. in 1956 — and called the combined companies Miller-Meteor. M-M built Cadillac ambulances and hearses exclusively from 1957 until the federal government passed a bill in 1973 which pretty much eliminated the car-based ambulance; they continued building hearses, but finally ceased all production in 1979. The name was bought and sold a few times over the years and was still in use into the early 21stcentury. As an aside, the Wayne Corp. also had a 1956 merger with Divco, producer of the ubiquitous milk truck seen in most neighborhoods when a lot of us were growing up.