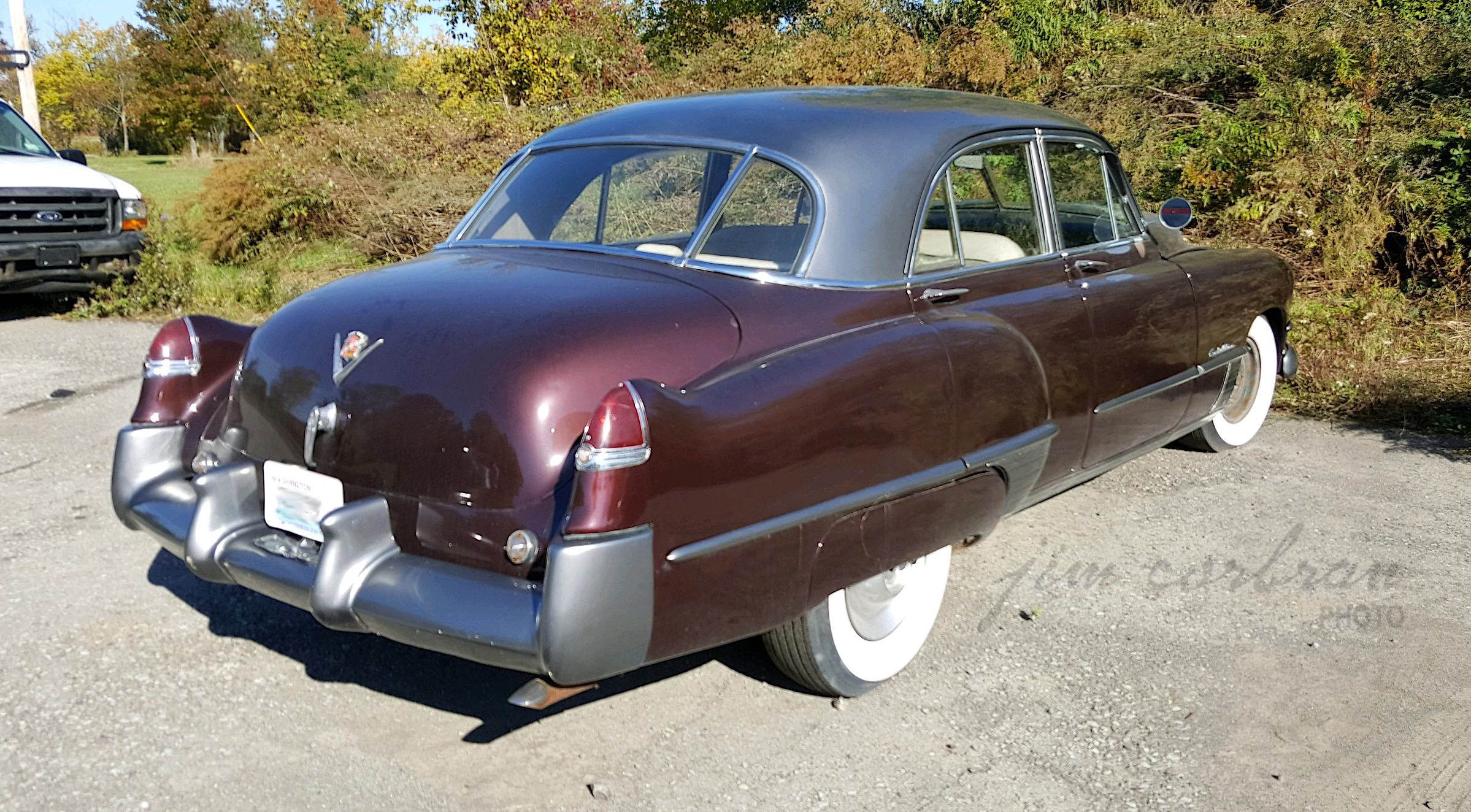 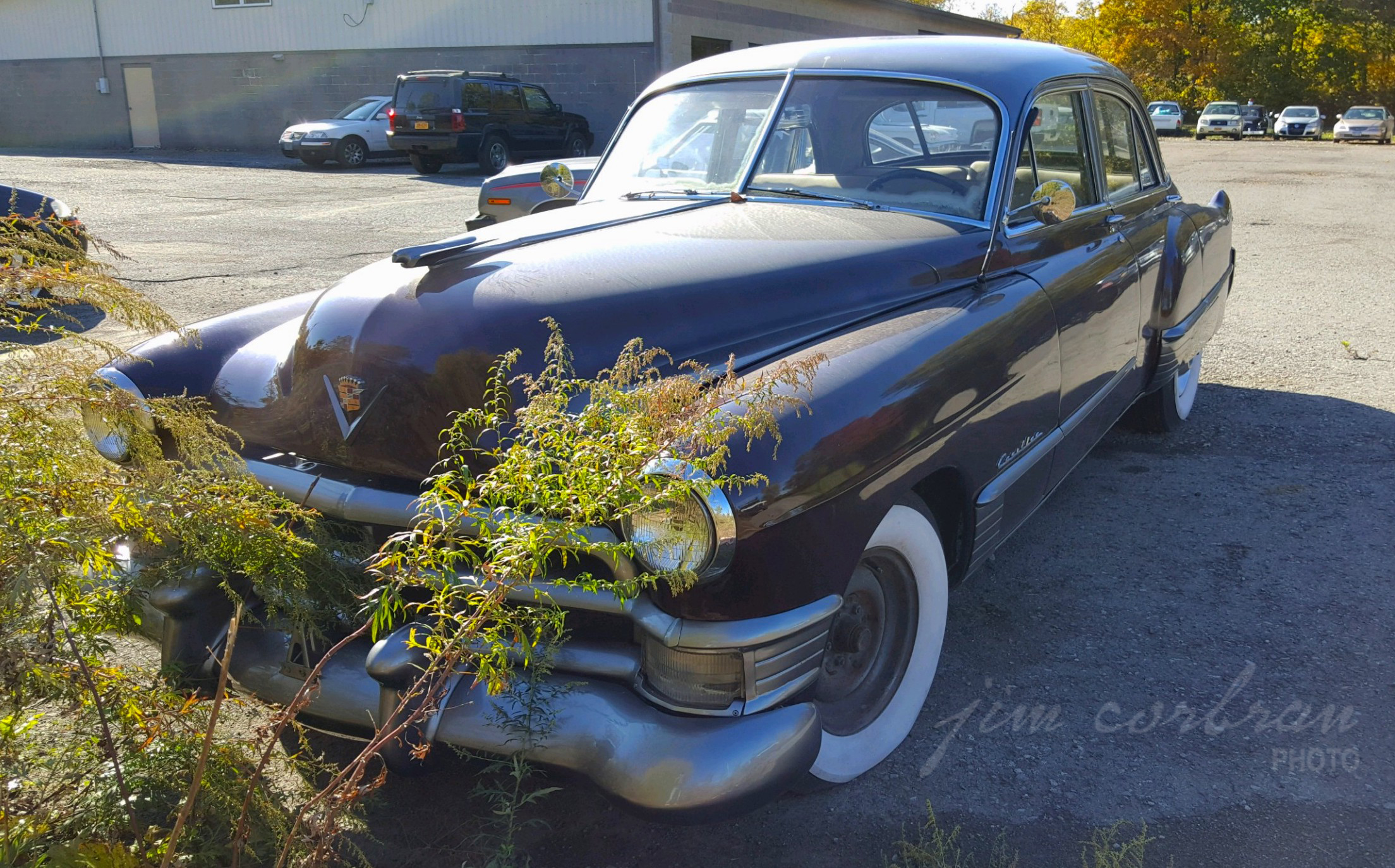 Period advertising told us this 1949 Cadillac Series Sixty-Two Touring Sedan had “Superlative style in every line…” and that it was available in a full range of colors. This one, you’ve got to admit, has a color scheme seldom seen — especially these days. It was seen a few weeks back in Youngstwon, and appears to be Vista Gray Metallic over Madiera Maroon Metallic, eschewing the oft-seen black or white tops worn by many two-toned cars of the era. (Had we thought to bring along the official RealRides scythe we probably could have gotten a better photo from the front.) Many credit Cadillac stylists — for better or worse — for the tail fin, seen here in its infancy ten years before reaching what many consider its acme on the ’59 Cadillacs. Power in ’49 came from what Cadillac described as “America’s newest, finest motor car engine,” a 331cid V8 which developed 160 hp.