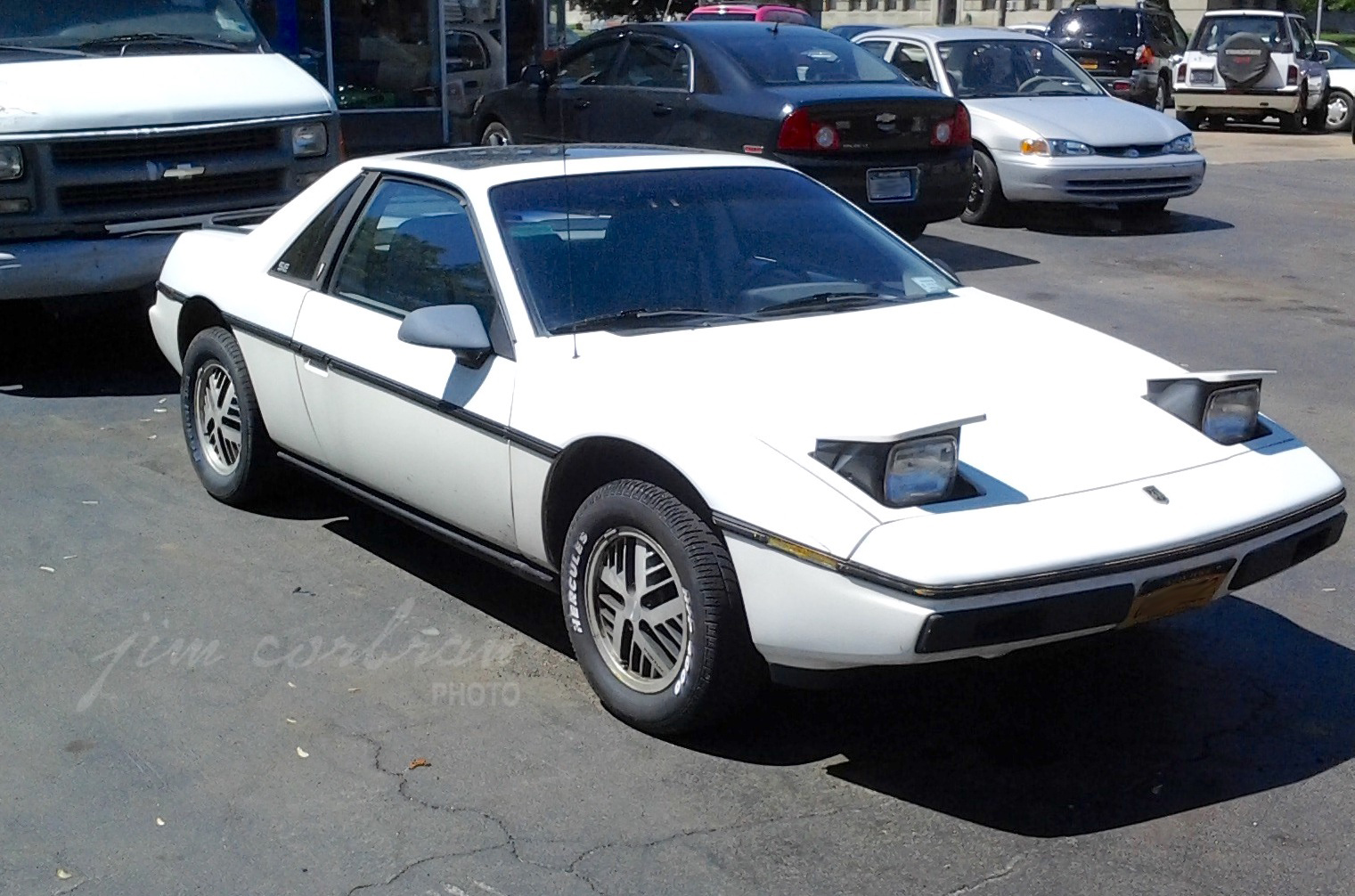 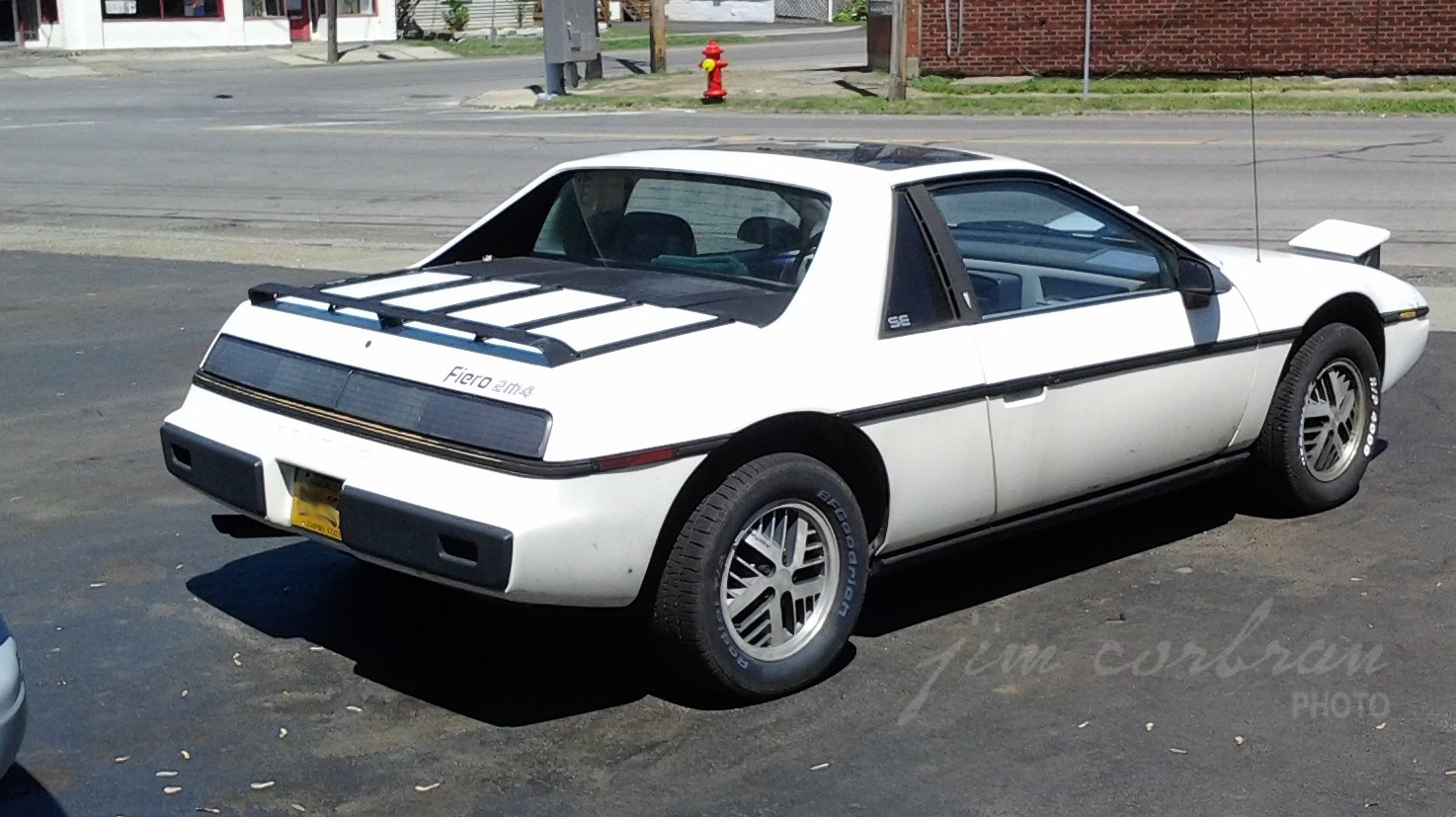 If you believe the badge on the trunk, the official name of today’s RealRide from 1984 is Pontiac Fiero 2M4. But really, other than a mention in their brochure that “2M4” designates the very first (according to Pontiac) 2-seat, Mid-engined, 4-cylinder production car built in America, you rarely ever hear the 2M4 designation when the Fiero is mentioned in real life. Looking at subsequent ’85 and ’86 brochures, the 2M4 moniker (and 2M6, which came about when a V6 was offered beginning in 1985) is never mentioned at all unless you happen to catch a photo glance of the decal on the rear trunklid. Even the hacks at Wikipedia never bring it up! Anyway, the Fiero was produced for model years 1984 through 1988. Sales numbers declined every year, and the addition of a fastback coupe body style partway into the 1986 model year didn’t help much. This white 2M4 was seen so long ago in Tonawanda that we took the pics with our — gasp! — flip phone!