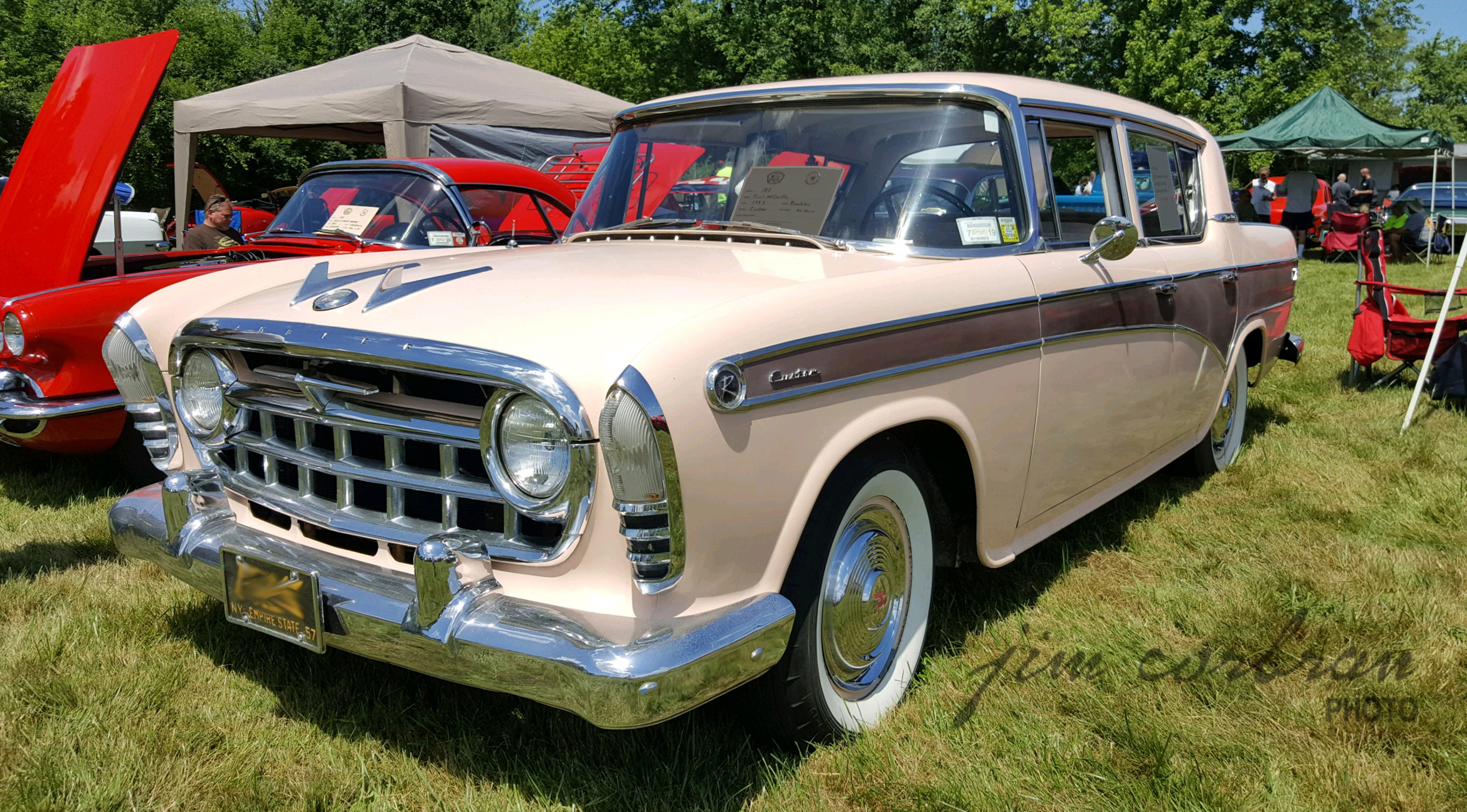 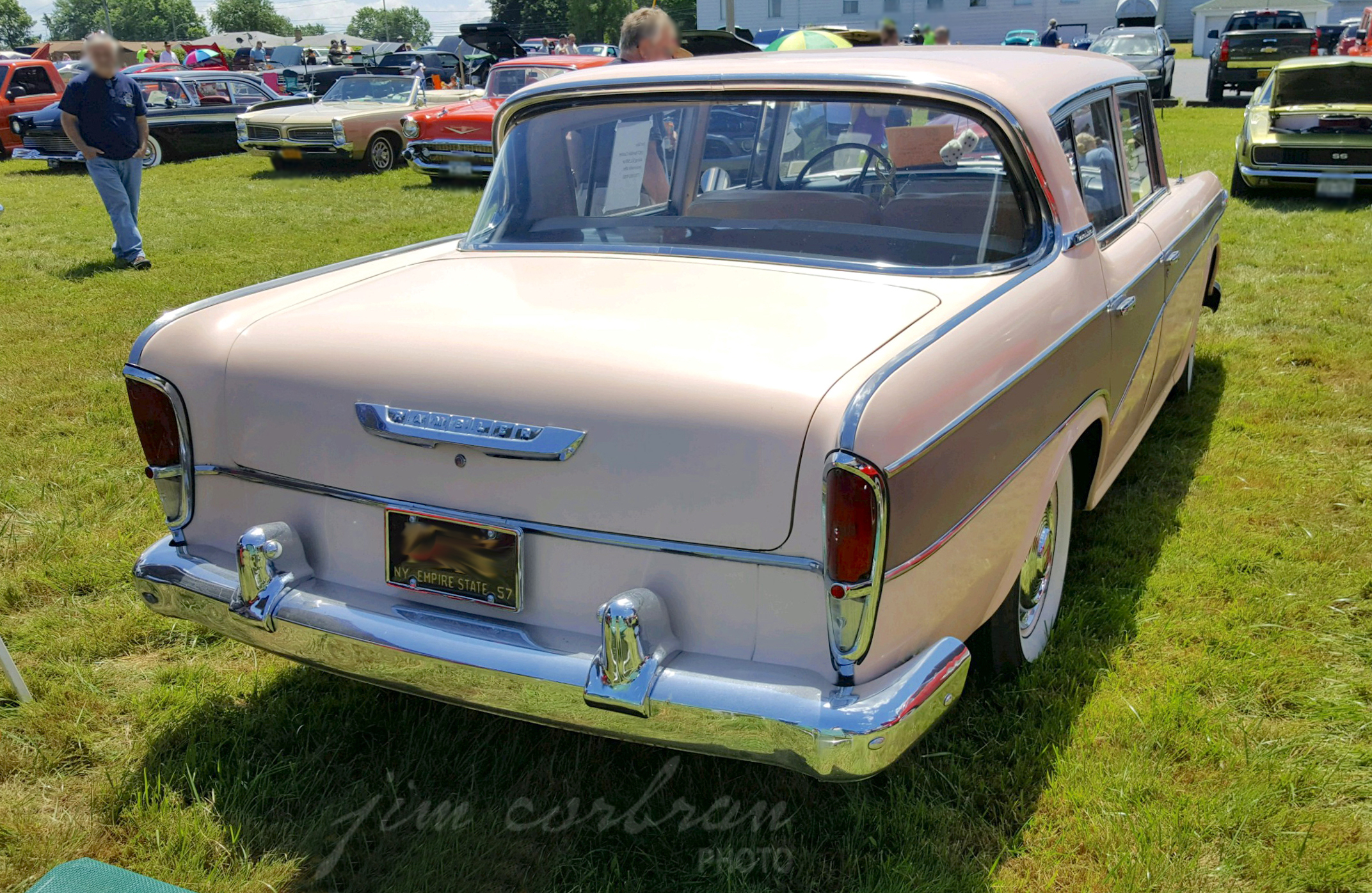 When this 1957 Rambler Custom was new, The Big Three (GM, Ford, and Chrysler) were still the big three in sales, but competition from other American makes was hanging in there. American Motors was making Ramblers like this one, along with the larger Nash Ambassador and the very similar Hudson Hornet (both of which which would be phased out for 1958), as well the imported Nash Metropolitan two-seater. Studebaker-Packard was still selling cars under both nameplates (although by this time the Packards were nothing more than slightly restyled Studebakers). And Checker was still building taxis (as well as cars for people who wanted to feel like they were driving taxis). The Rambler was one of the very few American makes to not feature tail fins; they would start to appear the following year though, just as competitors’ stylists were hard at work on phasing out this styling fad. This nicely two-toned RealRide was spotted over the summer at the Clutch Artists Summerama Car Show in Williamsville.