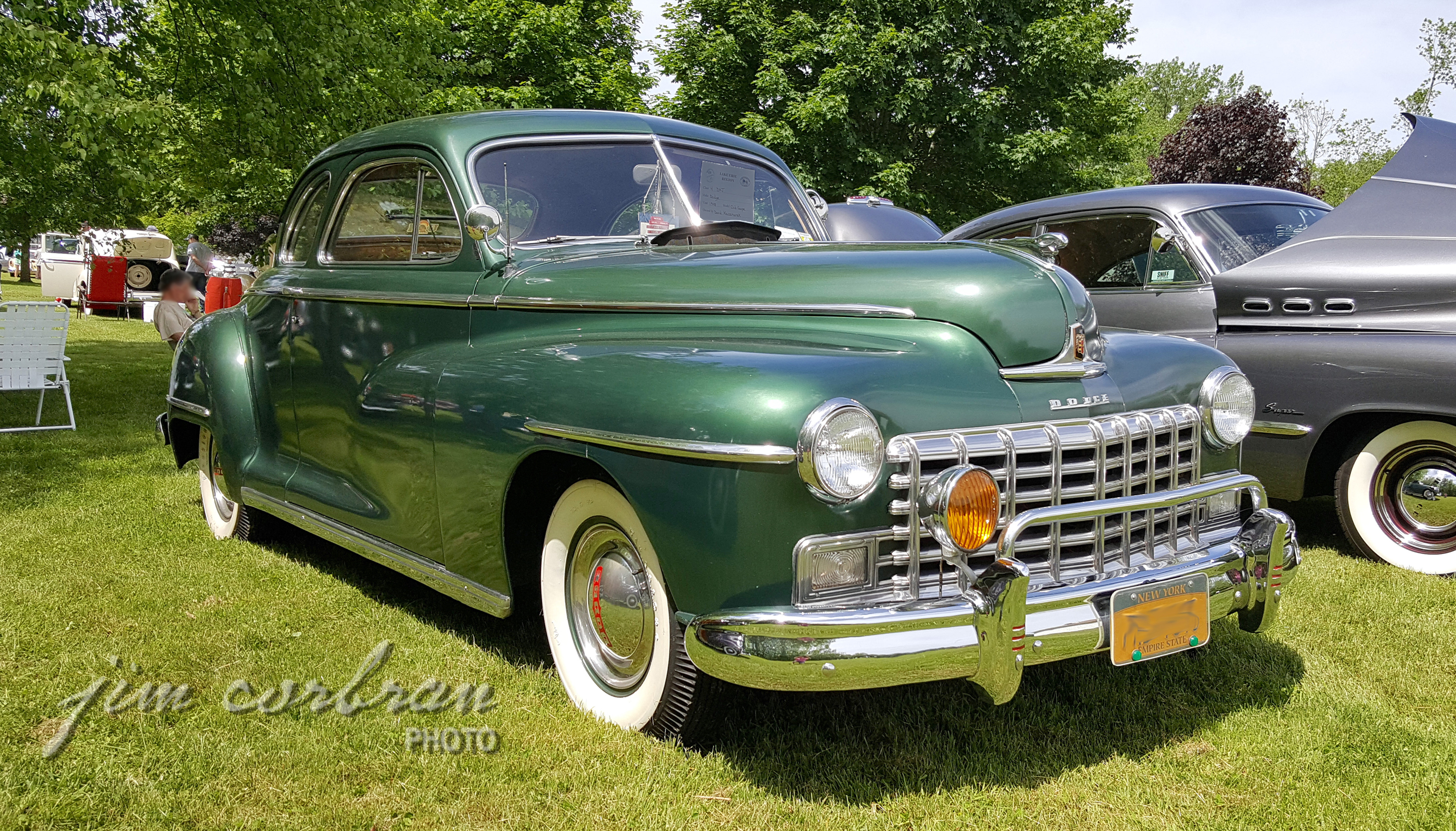 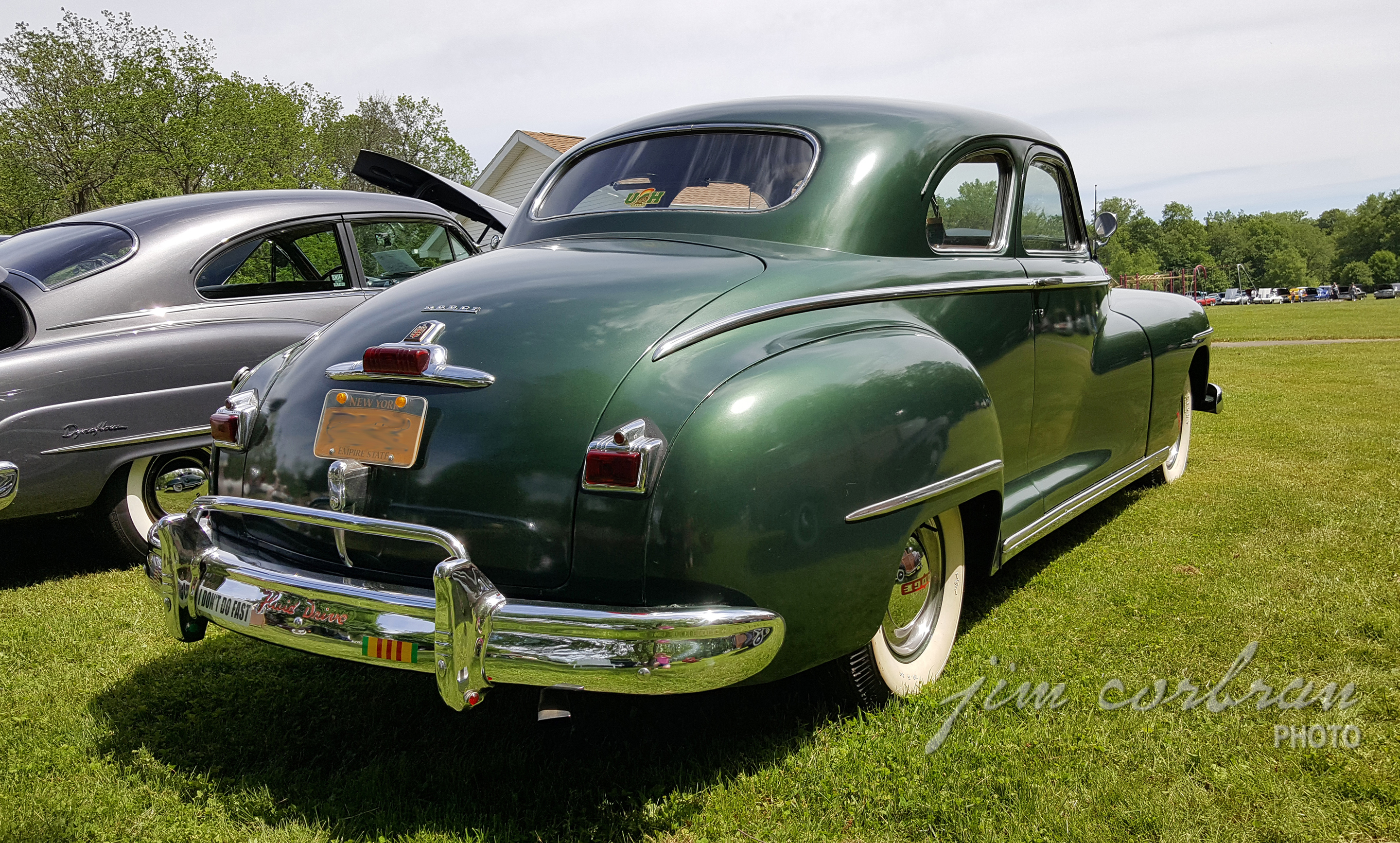 This 1948 Dodge Custom club coupe was just one model available in a rather simplified lineup as Dodge readied its first post-war cars which would bow the following year. The Custom was also available in a four-door sedan, as well as Town Sedan, convertible coupe, and 7-passenger four-door sedan models. Three DeLuxe models (two- and four-door sedans and a business coupe) were also offered. One magazine ad for the ’48 (seen below) seemed to insinuate that, up to that point at least, the car in the household was thought to belong to the male side: “A multitude of Dodge owning husbands make this almost unanimous complaint,—‘our wives take our cars.’” Without even getting into the punctuation errors in that statement (hyphens, anyone?) this is an ad which certainly wouldn’t have many friends these days with more than half the population of the U.S. — even though they tried to make it better in the following paragraph: “This situation is, of course, being somewhat corrected as women by the thousands come into their own,—Dodges all their own.” Not sure how that all turned out. This Gypsy Green example was seen over the summer at the 67th Annual Lake Erie Region Antique Automobile Club of America Car Show in the Village Green Park in Elma. 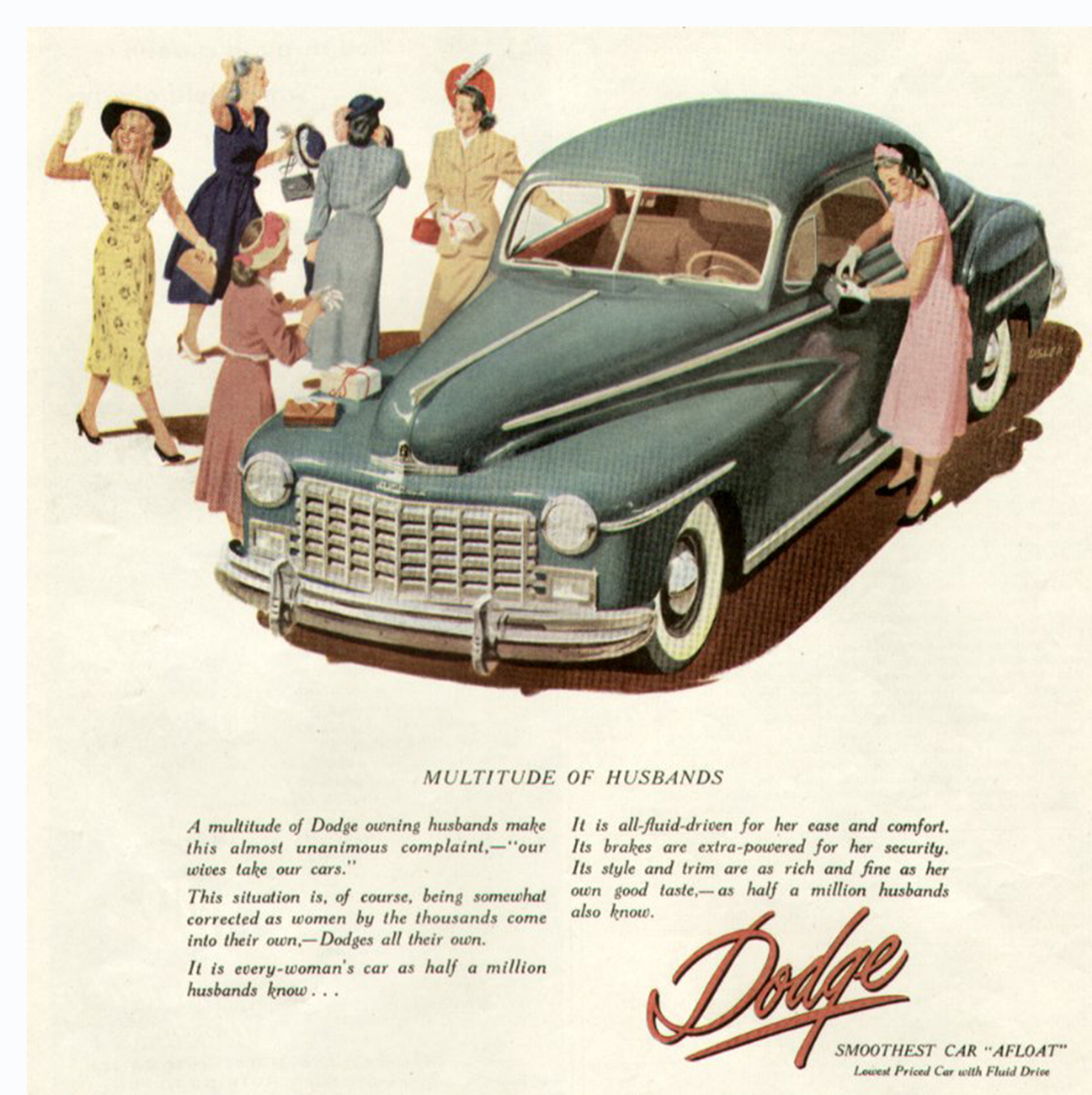