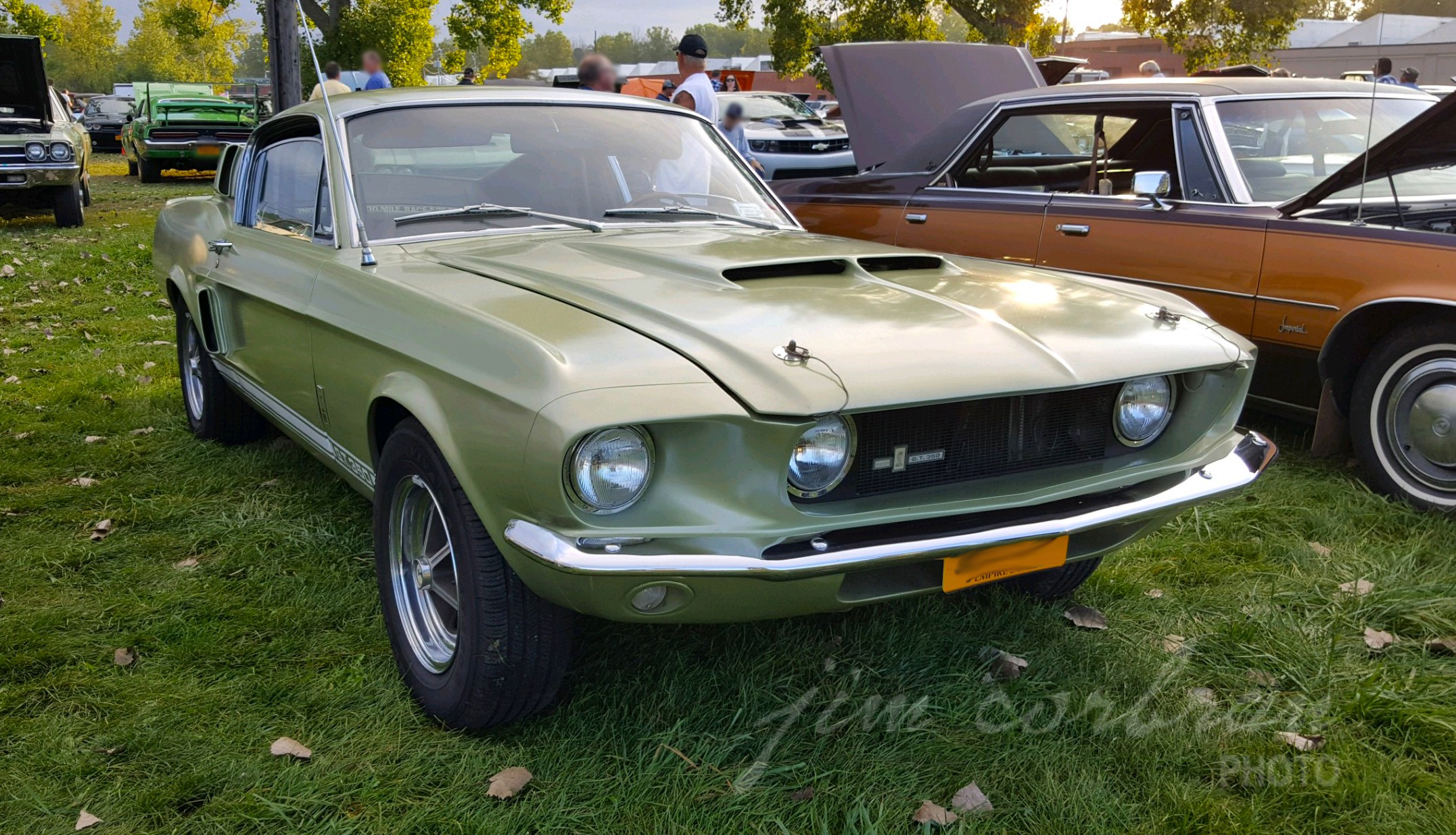 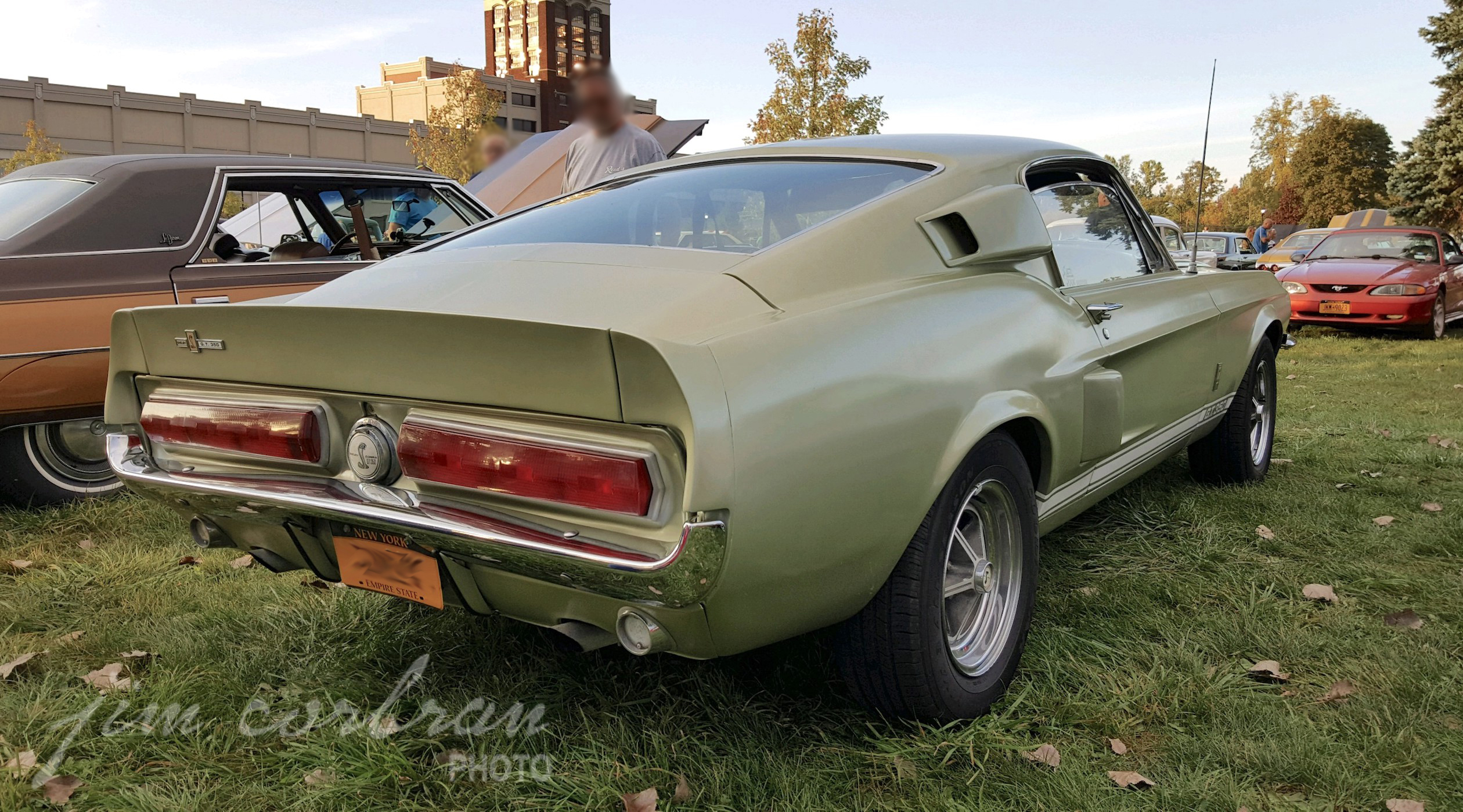 By the time this 1967 Shelby GT 350 hit the market, probably every neighborhood in the USA had at least one Mustang parked in the driveway, so this was a way to stand apart from the herd, if you will. Shelby American was started in 1962 by Carroll Shelby, a race car driver and automotive designer from Texas. Before converting Ford’s Mustangs into Shelbys, he was selling the Shelby Cobra — a British AC Ace roadster with an American Ford V8. The Mustang project began in MY 1965 with the GT 350, equipped with Ford’s 289 V8; for 1967, a GT 500 model was added (with a 428cid V8). The ’67 GT 350 still had the 289, which was “Shelby-modified for extra high performance… [yet] completely docile in normal traffic.” Outward appearance differed from non-Shelby Mustangs via a different grille, scoops which covered the regular Mustang's louvered windows on the c-pillar, and nearly wall-to-wall taillights. Saw this one over the summer at the season finale of the weekly Cruise-In @ the Wurlitzer Building in North Tonawanda.