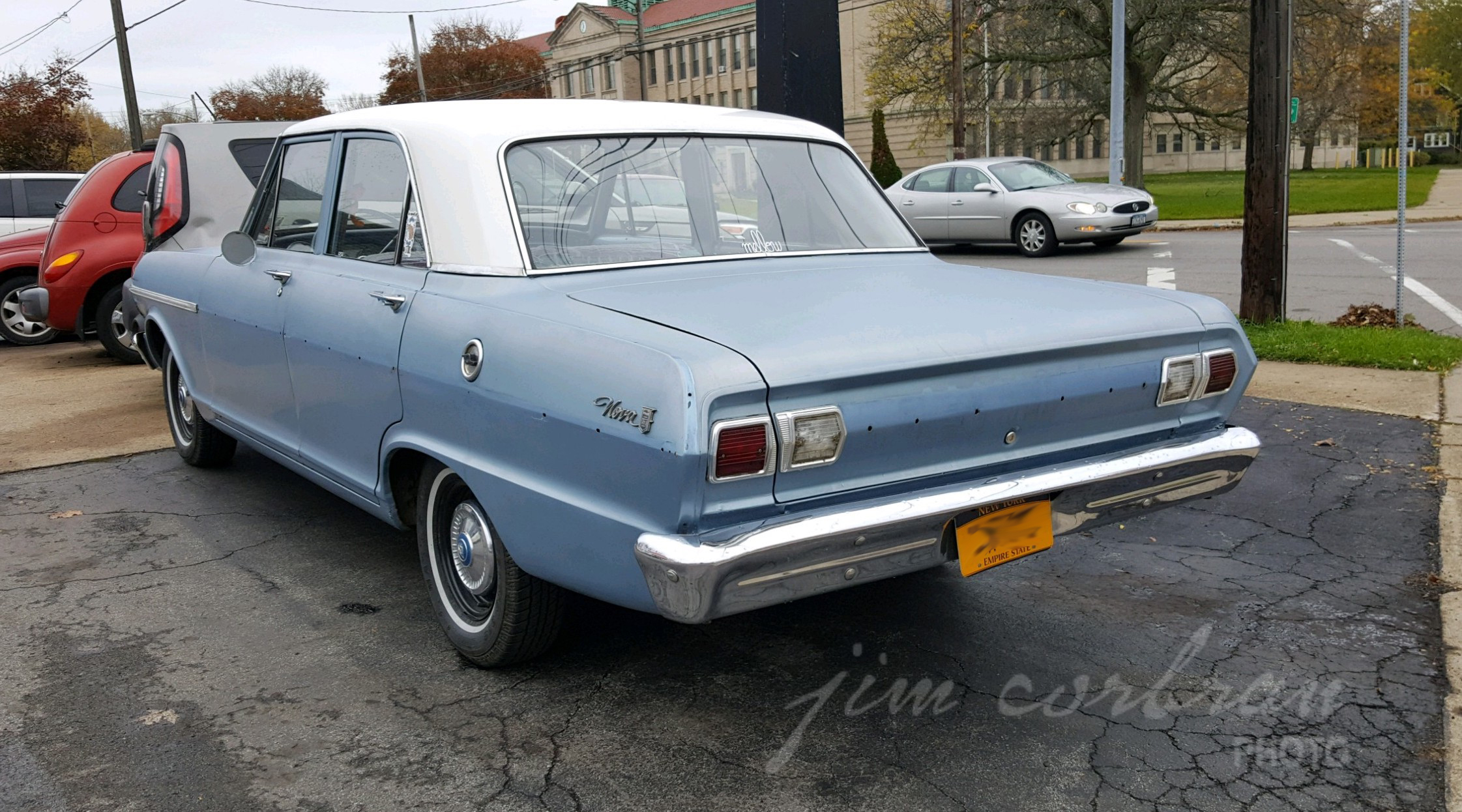 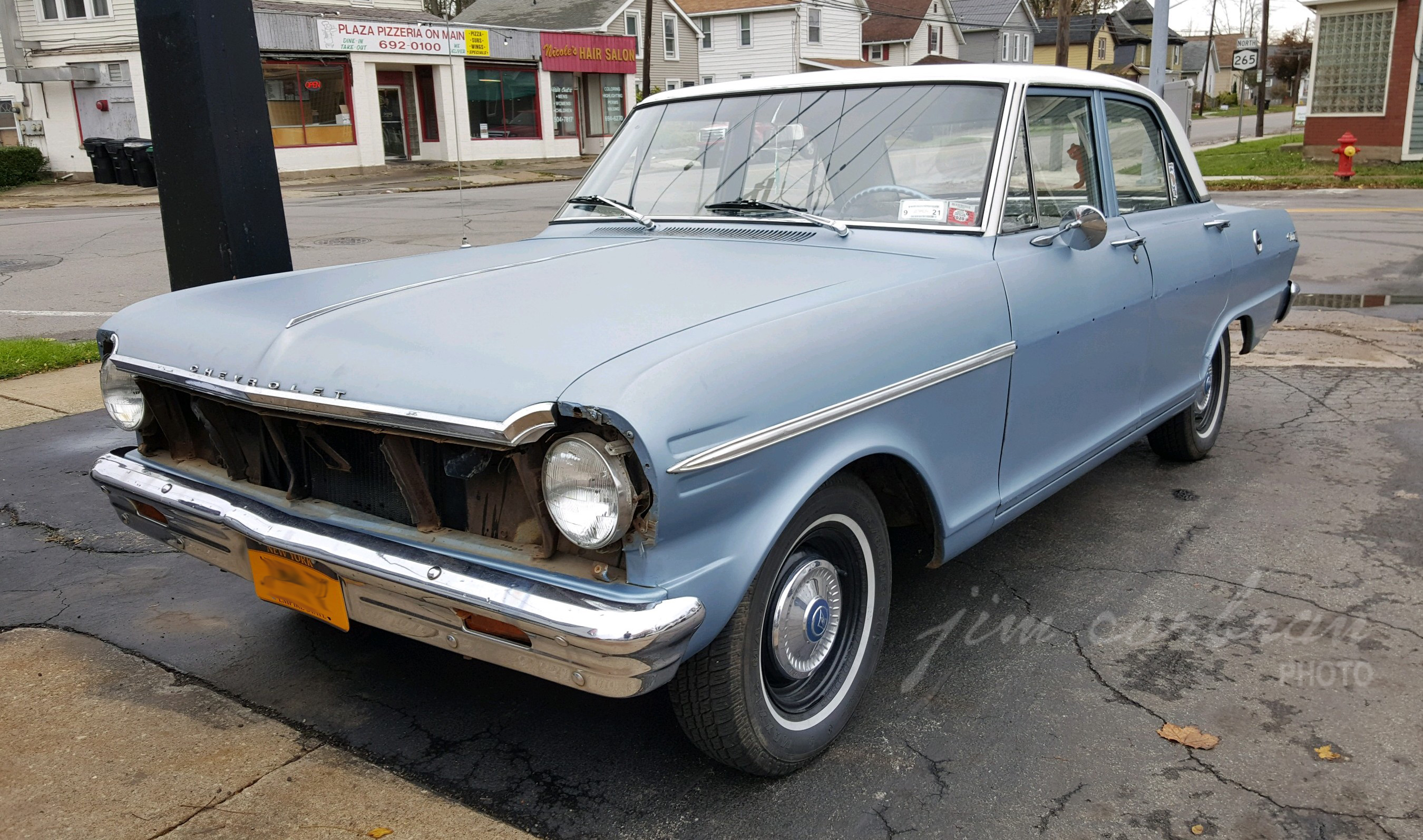 Seems weird that this 1965 Chevrolet Chevy II Nova was seen a short while back in the same location as another ’65 Chevy II we featured here a week ago. This one though, is a little farther up the model lineup, which began at the bottom with the 100, then the Nova, with the Nova Super Sport at the top. The Chevy II is from an age when its brochure mentioned as luxuries many of the things we all take for granted these days in a car, such as: dual sun visors, padded armrests in the doors, (with ash trays in the back), electric wipers, and heater & defroster. It also mentions a few things that have gone the way of the dodo: color-coordinated steering wheel, cigarette lighter, and a choice of five — five!— interior colors (fawn, aqua, red, blue and saddle — all in two-tone fabrics color-matched to vinyl trim). Oddly, when the Chevy II was introduced for MY 1962 there was a convertible in the Nova line. It continued on for one more year before being dropped. Maybe they didn’t want those 24,000 per year or so convertible sales going to the less expensive Chevy II once the mid-sized Chevelle came along for MY 1964. Today’s two-toned RealRide, maybe missing a few trim bits here and there, was seen a couple of weeks ago in Tonawanda.