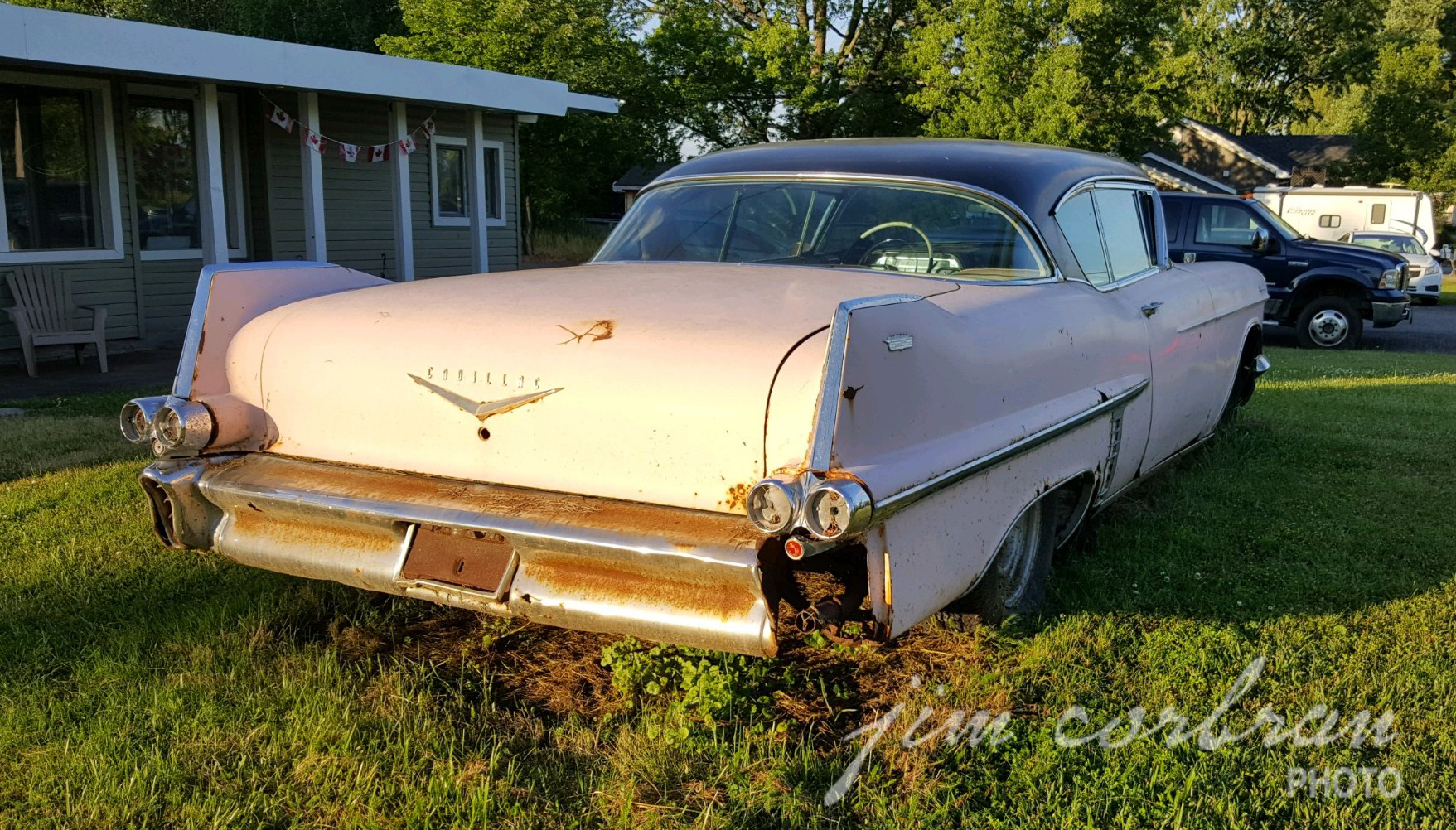 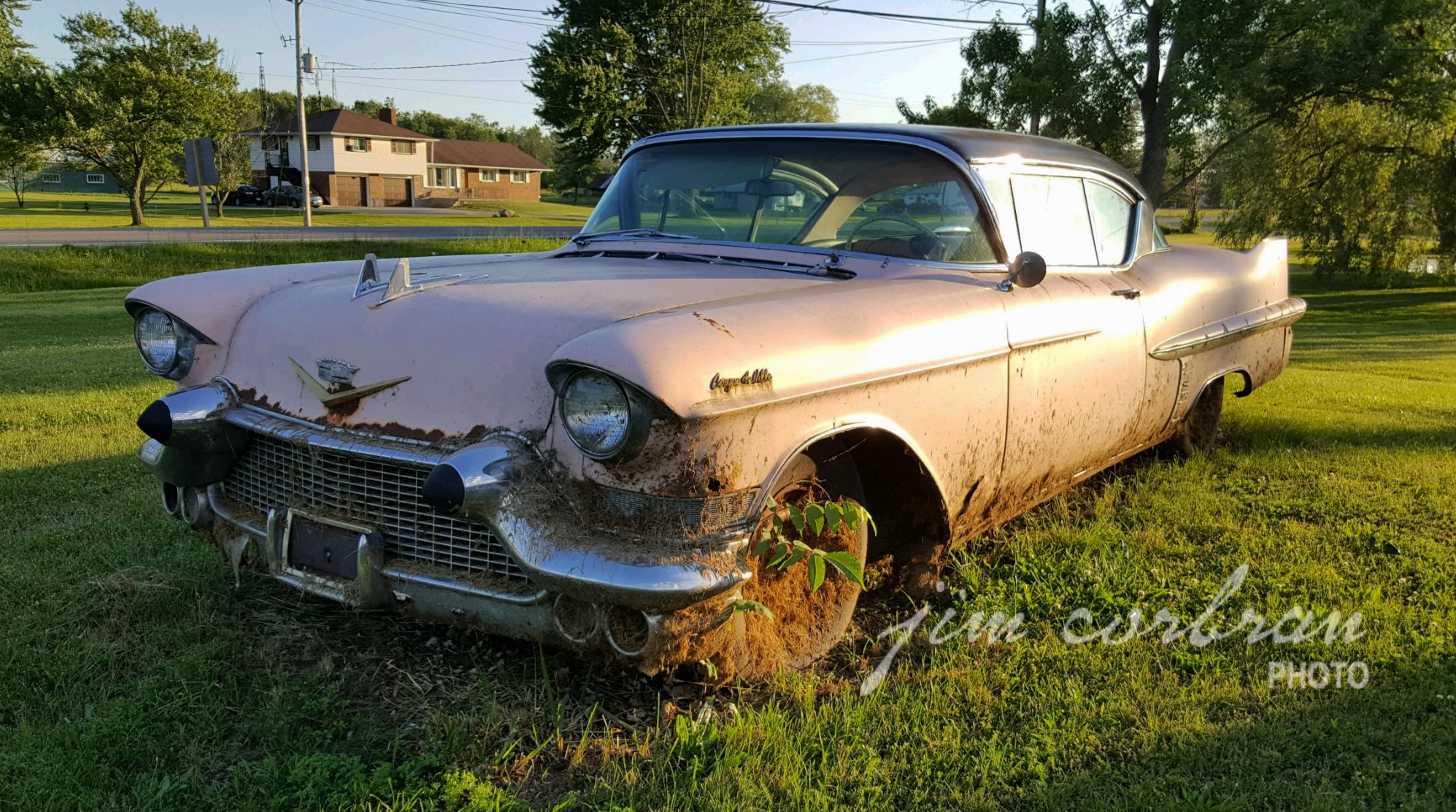 In their advertising materials, Cadillac was big on one-word descriptions for their 1957 lineup: “The Sensational Eldorado Seville,” “The Distinguished Fleetwood Seventy-Five Sedan and Limousine,” The Beautiful Sixty-Two Coupe…” and on and on it went. Care to stick an adjective on today’s RealRide? Seen over the summer in Wainfleet, Ontario, it’s a 1957 Cadillac Sixty-Two Coupe de Ville. The copywriters chose the modifier “Glamorous” for the Coupe de Ville; and I suppose it was, 60 years ago or so. But this one’s going into the All RealRides Can’t Be Pretty file, as it looks like it’s been sitting in this front yard for a while now. To its credit, what’s there still looks pretty solid. If someone could just convince the lawnmower guy to aim his chute the other way, this de Ville might live to be glamorous again some day.