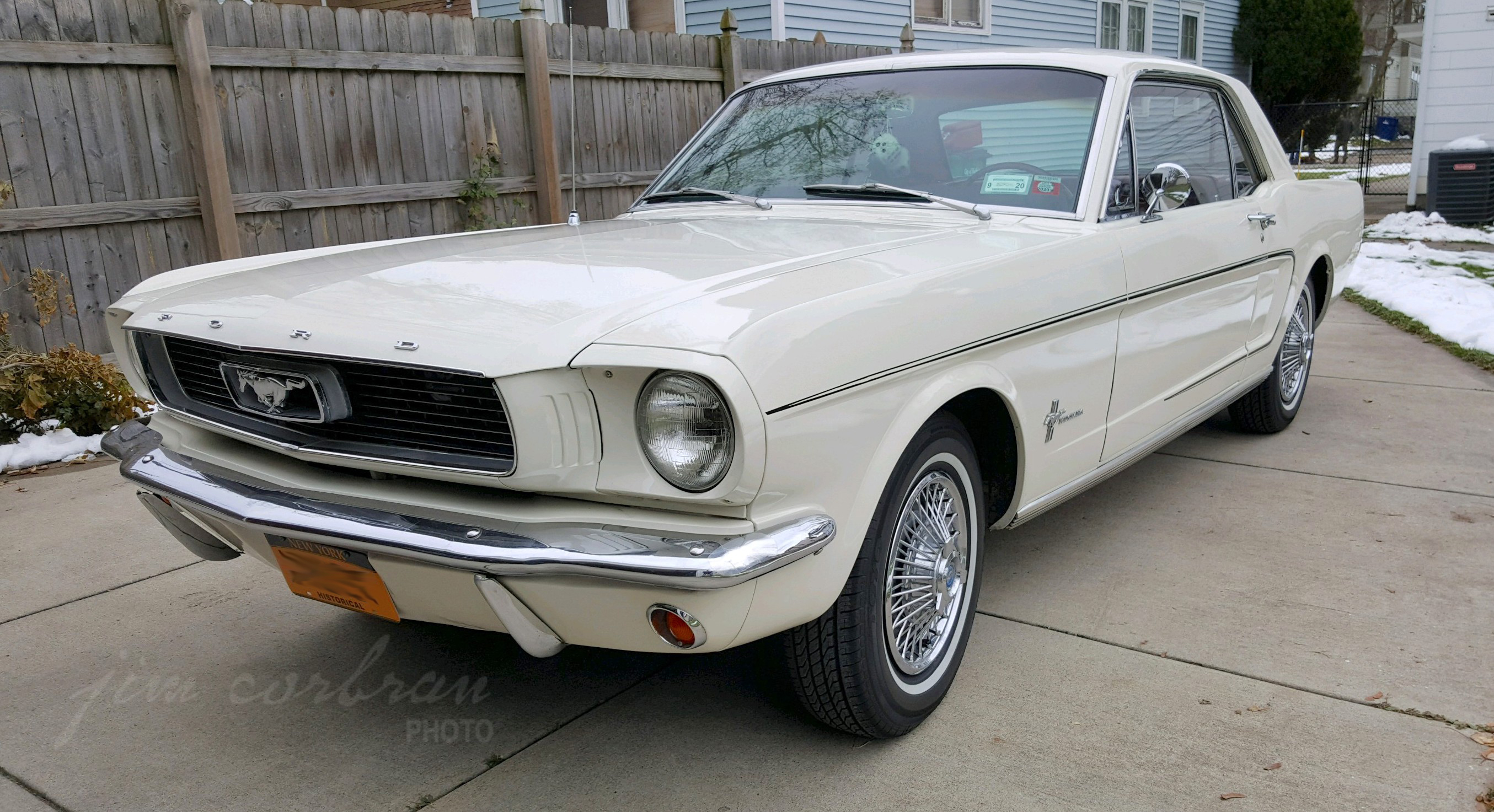 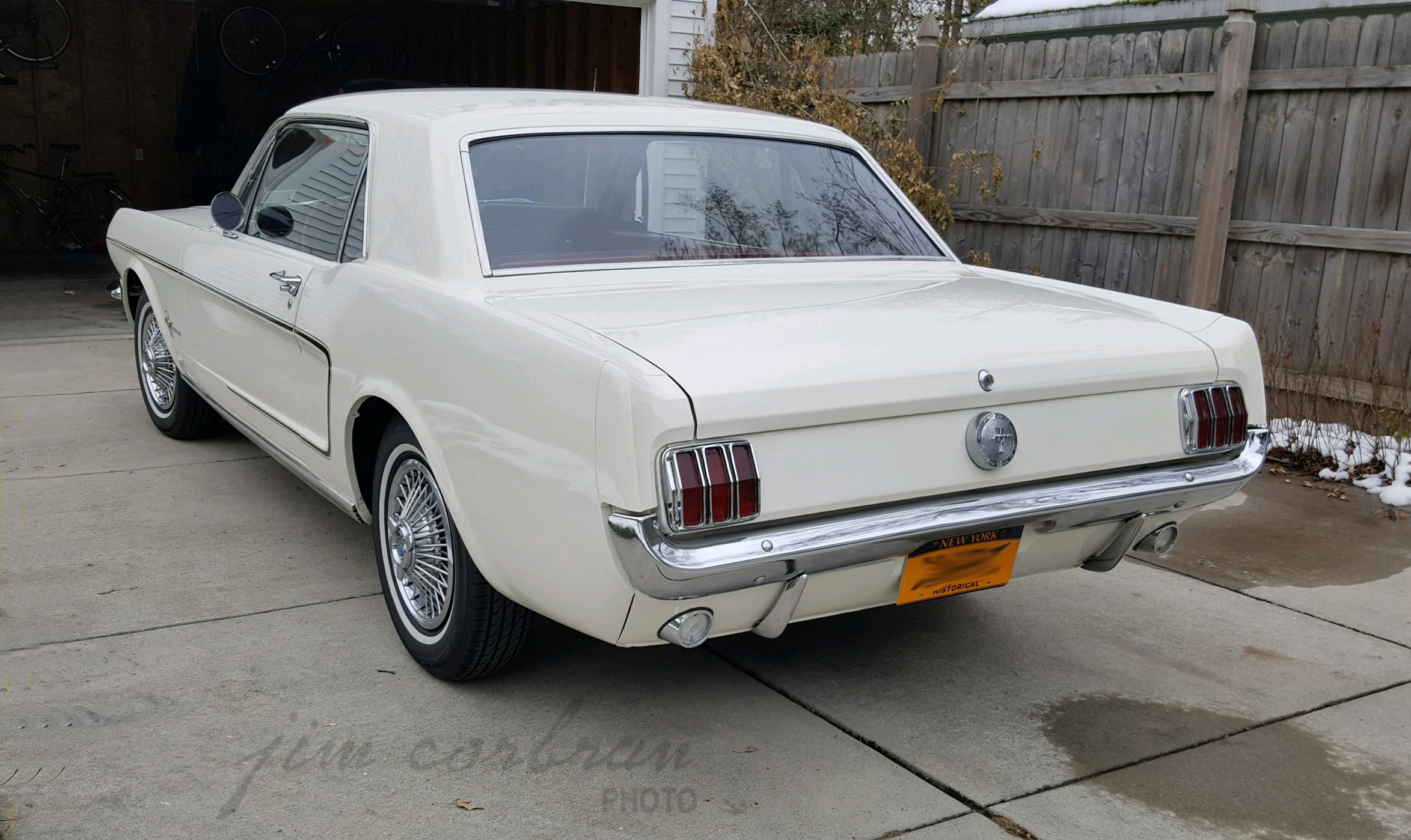 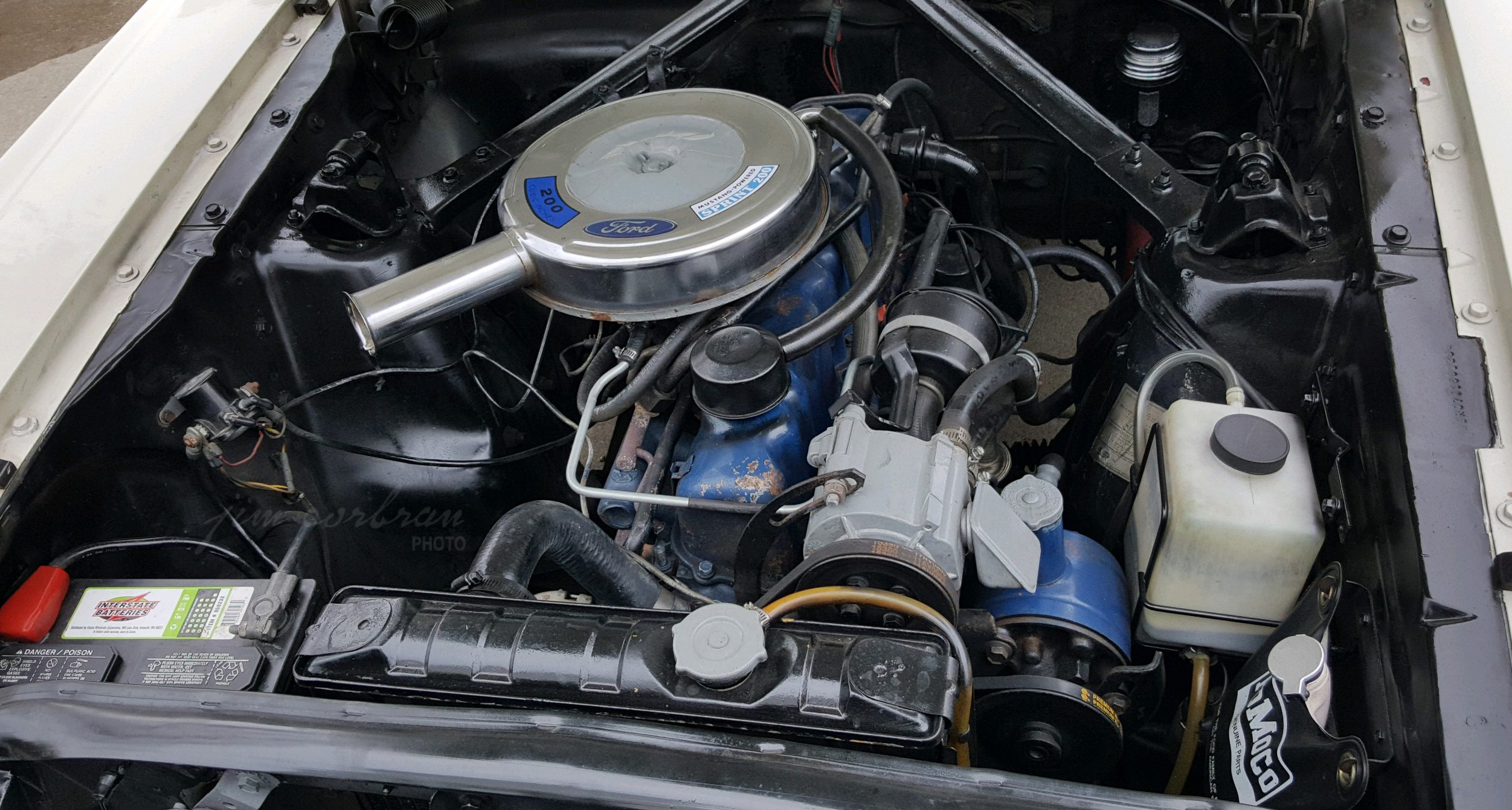 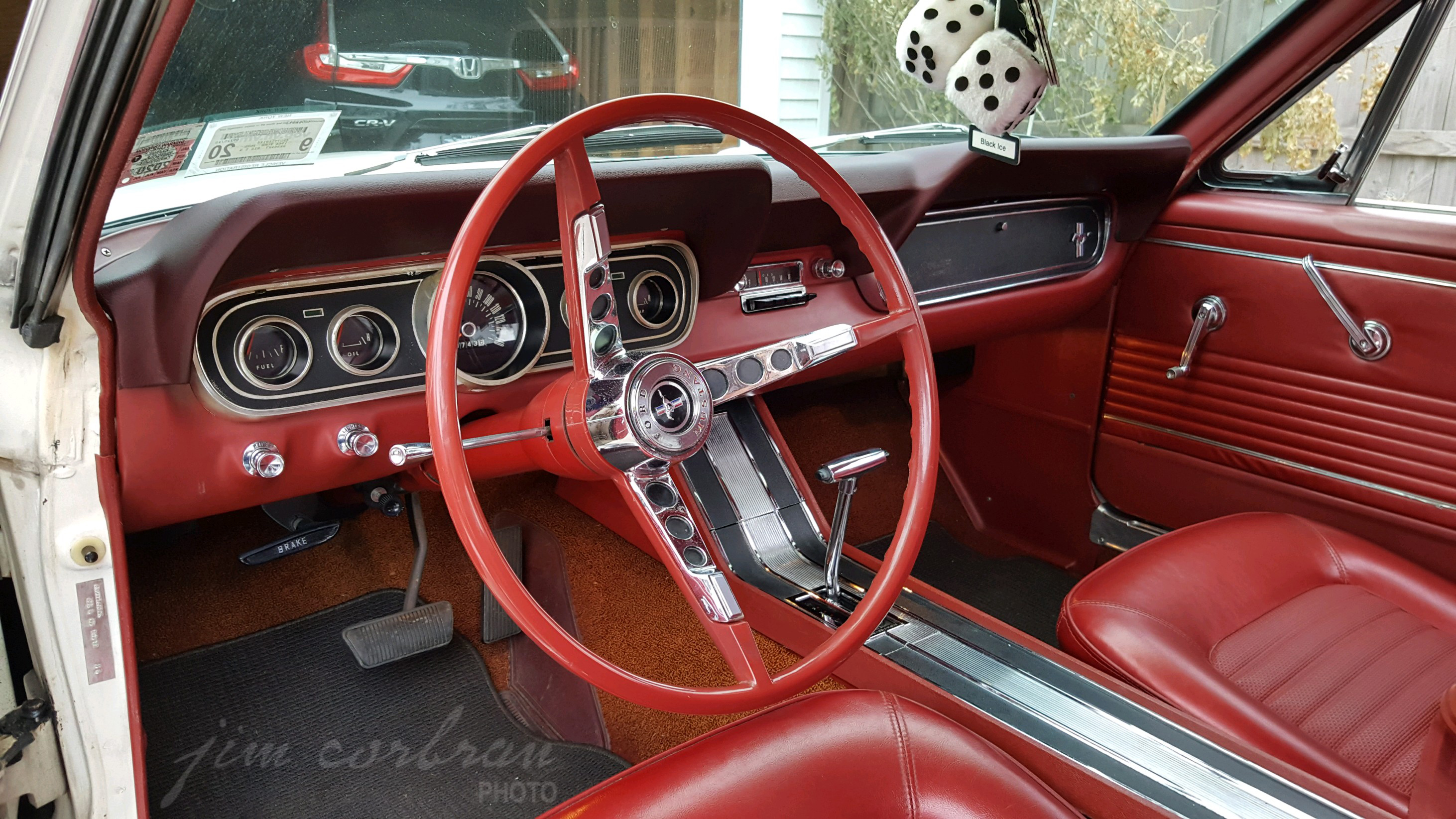 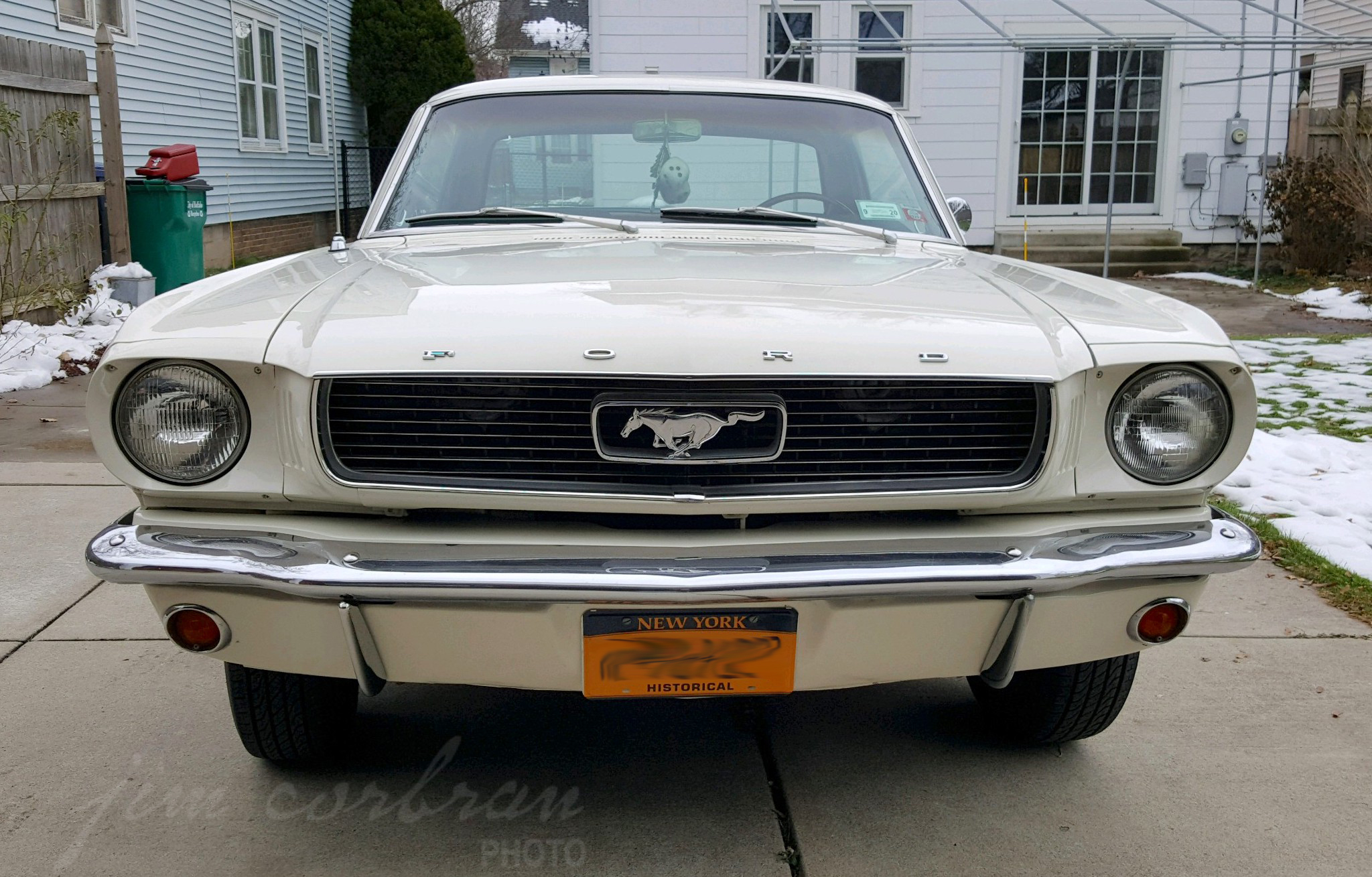 This 1966 Mustang Sprint was seemingly one of those special models which used to be regularly trotted out by Detroit to move iron during slow sales periods. Back in 1969, Dodge had their White Hat Specials; Buick had the 1984 Century Olympia to celebrate that year’s Olympic Games in Los Angeles; Oldsmobile brought out the Cutlass Supreme Value Package in 1980. The list goes on and on — locally we even had the Azar Olds, in honor of Channel 7 sportscaster Rick Azar (see it here at buffalostories.com blog). But the Sprint’s case was a little different. Seems that most Mustang buyers wanted their pony car with a 289 V8 under the hood, which meant that, a.) there was a shortage of V8-equipped cars on dealers’ lots and, b.) they had an over-abundance of the 200cid straight-six engines taking up factory space. So, the marketing folks came up with the Sprint 200. The package included a body accent stripe, chrome air cleaner, wire-style wheel covers, center console, and the safety equipment group. All pretty much for the same price as a Mustang with a six. And they decided, for some reason, to market them especially to women. They already had one campaign going for the six-cylinder cars with the tag line “Six and the Single Girl,” (see below) so I guess this just fell in line with that. Today’s RealRide was bought this past September by local resident Melissa Babiarz. We first came across her and her newly acquired car at the season finale of the weekly Cruise-In @ the Wurlitzer Building in North Tonawanda. Found in Tonawanda on craigslist, Melissa’s mostly original Sprint (it’s had a respray) has just under 72k on the odometer. These photos were taken earlier this week at her Parkside neighborhood home in Buffalo. 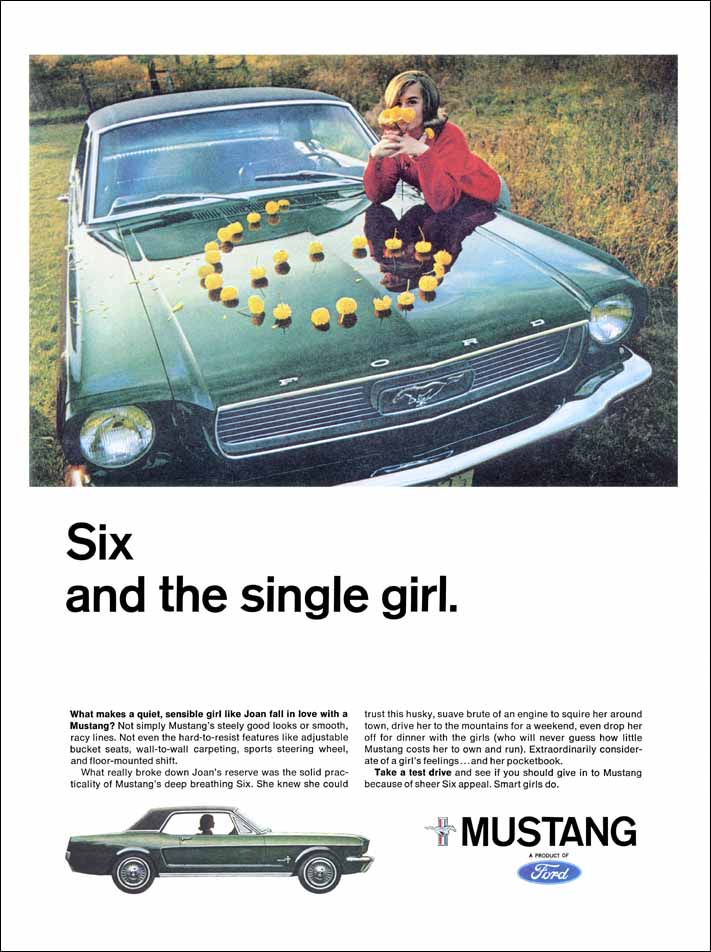