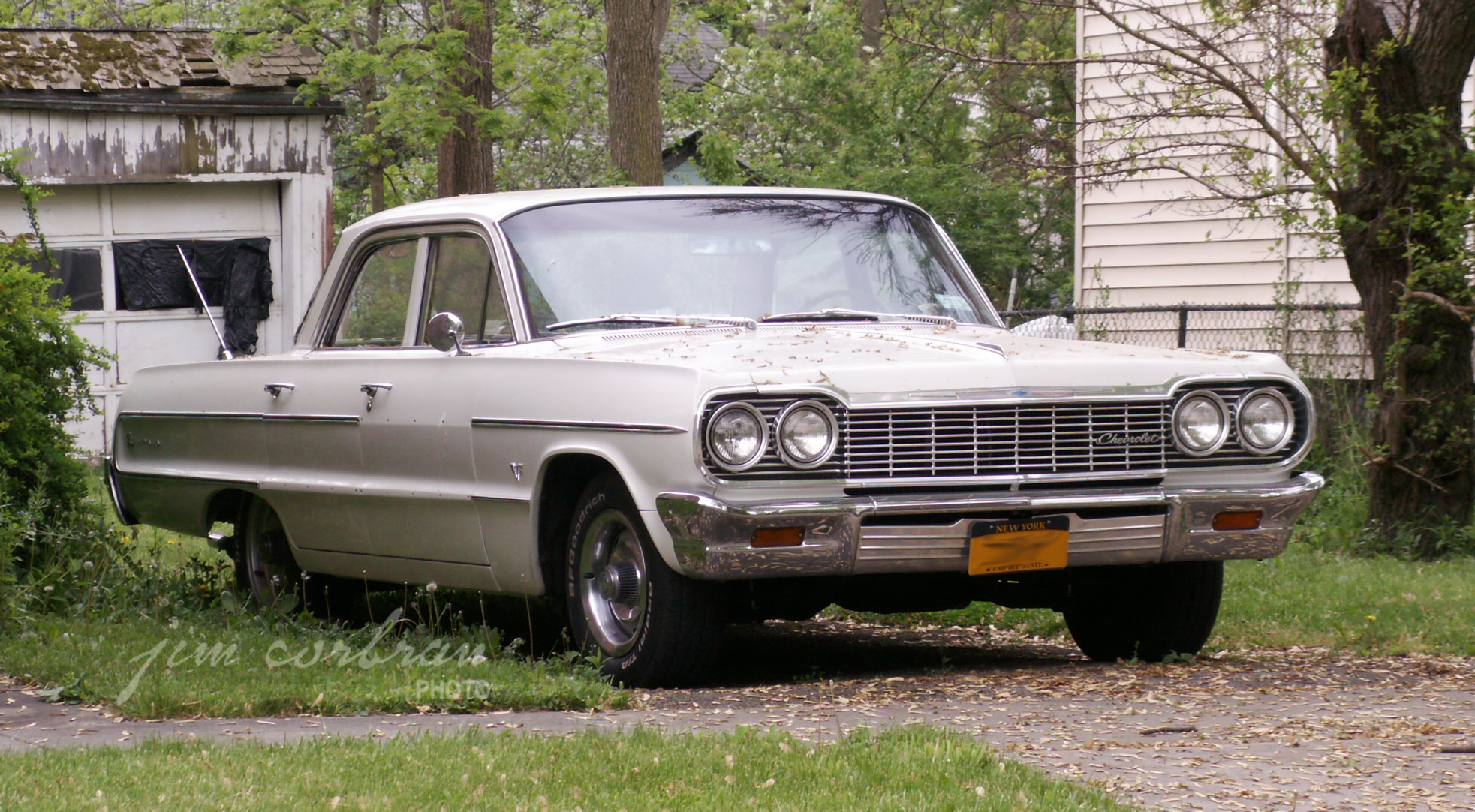 To the casual summer cruise night spectator, it would seem that Chevrolet made nothing but two-door hardtops and convertibles through much of the 1960s. But this 1964 Chevy Impala four-door sedan, spotted a few years ago in Niagara Falls, is proof that the bow tie was indeed attached to the stray family car every now and then, Lol (millions of times!). The Dutch brochure talks about the ’64 Impala in these glowing terms: “De garantie voor jarenlang ongestoord rijkomfort.” The Google translator told me this means “The guarantee for years of undisturbed riches.” Hmm… Anyway, the front fender emblem would seem to suggest that this one is equipped with a V8 other than the standard 283, i.e., a 327 or a 409. Chevy built almost a million Impalas for 1964, with the four-door sedan being the price leader (the Impala two-door sedan was discontinued after MY 1961). With collector car prices going through the roof these days, four-door cars and station wagons, once shunned by the in-crowd, are gaining in popularity. Lang leve de vierdeurs!