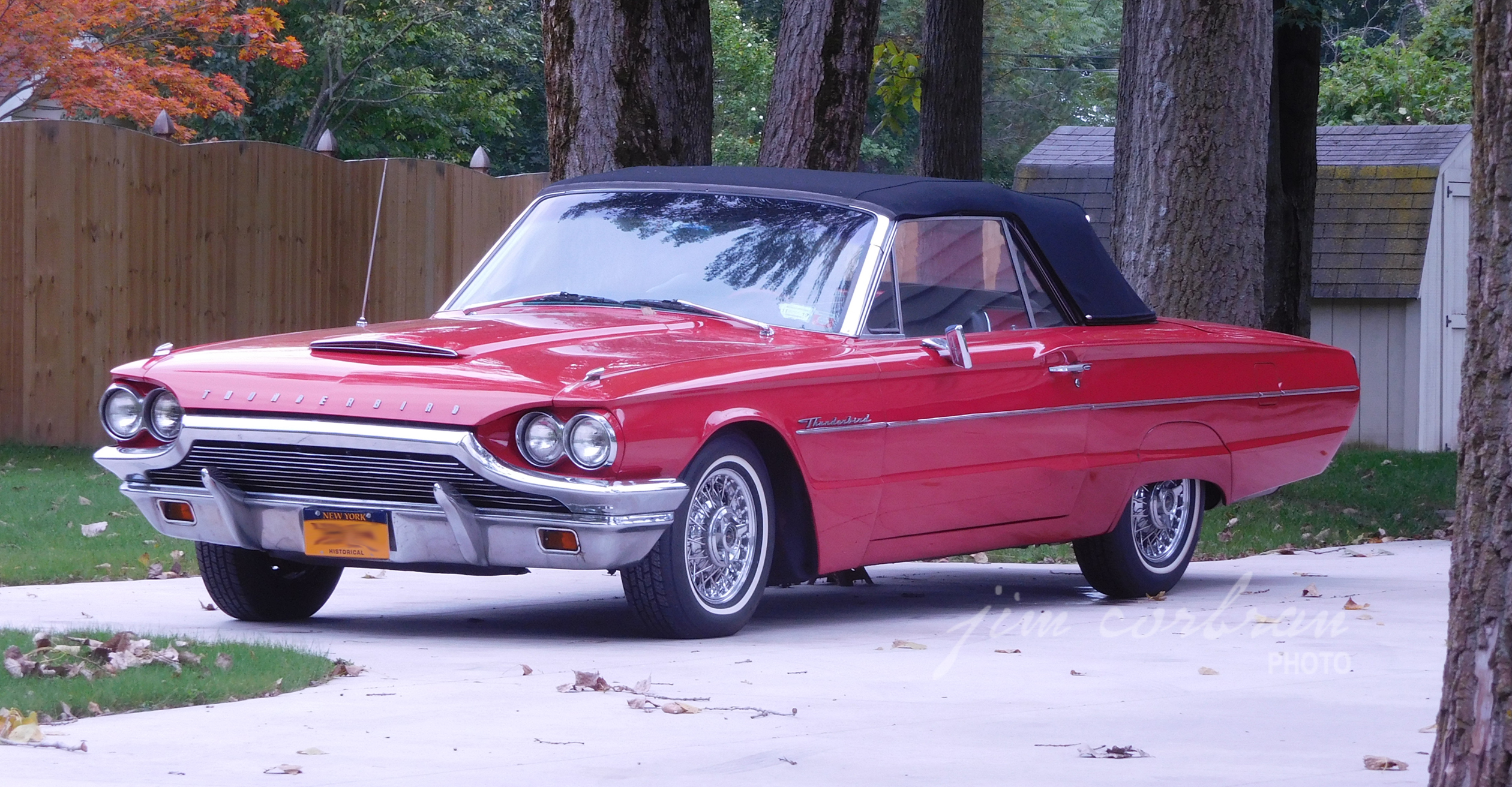 As a lad of 12, I remember a 1964 Ford Thunderbird convertible, similar to this one, which belonged to a friend of my mother. (And to think she traded a 1961 Falcon Futura for the T-Bird. What a difference!) I was fascinated by its swing-away steering column, sequential rear turn signals, and the graceful curvature of the rear seat, with its fold-down armrest. (see below) That back seat design sounded much more exotic in the French Canadian brochure: “Une banquette arrière ‘causeuse’ à accoudoir central.” The top, of course, disappeared into the trunk, and the front seats were a design that Ford called “shell seats,” which they told us “…provided more comfort (plus more rear passenger foot and knee room).” The ’64 models began a new styling generation for the Bird, its fourth, one that would continue for two more years.  Saw this one over the summer in Amherst. 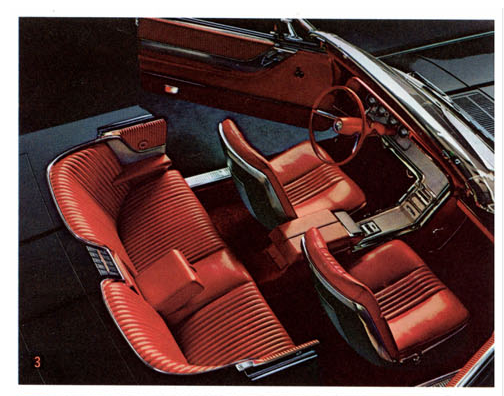