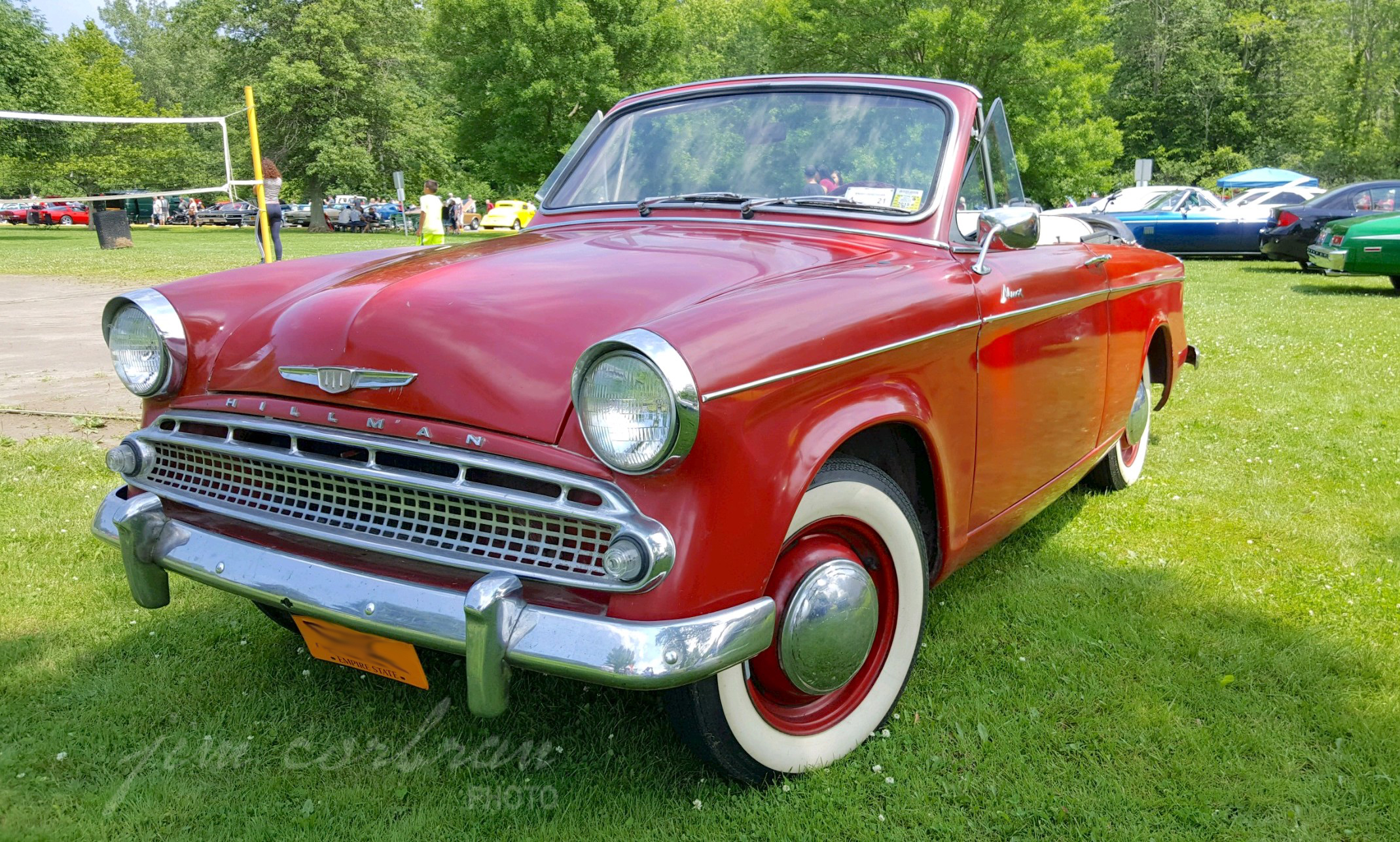 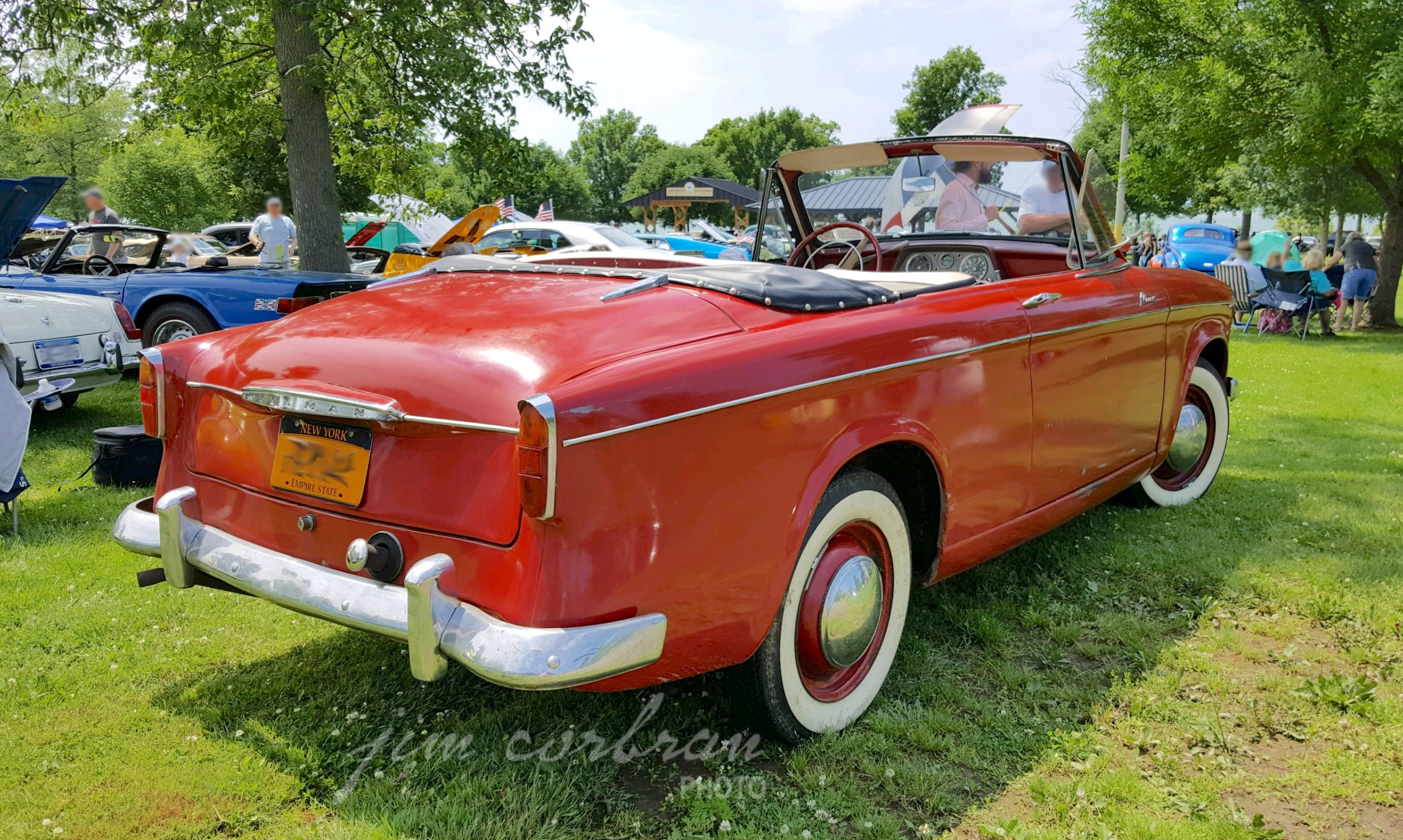 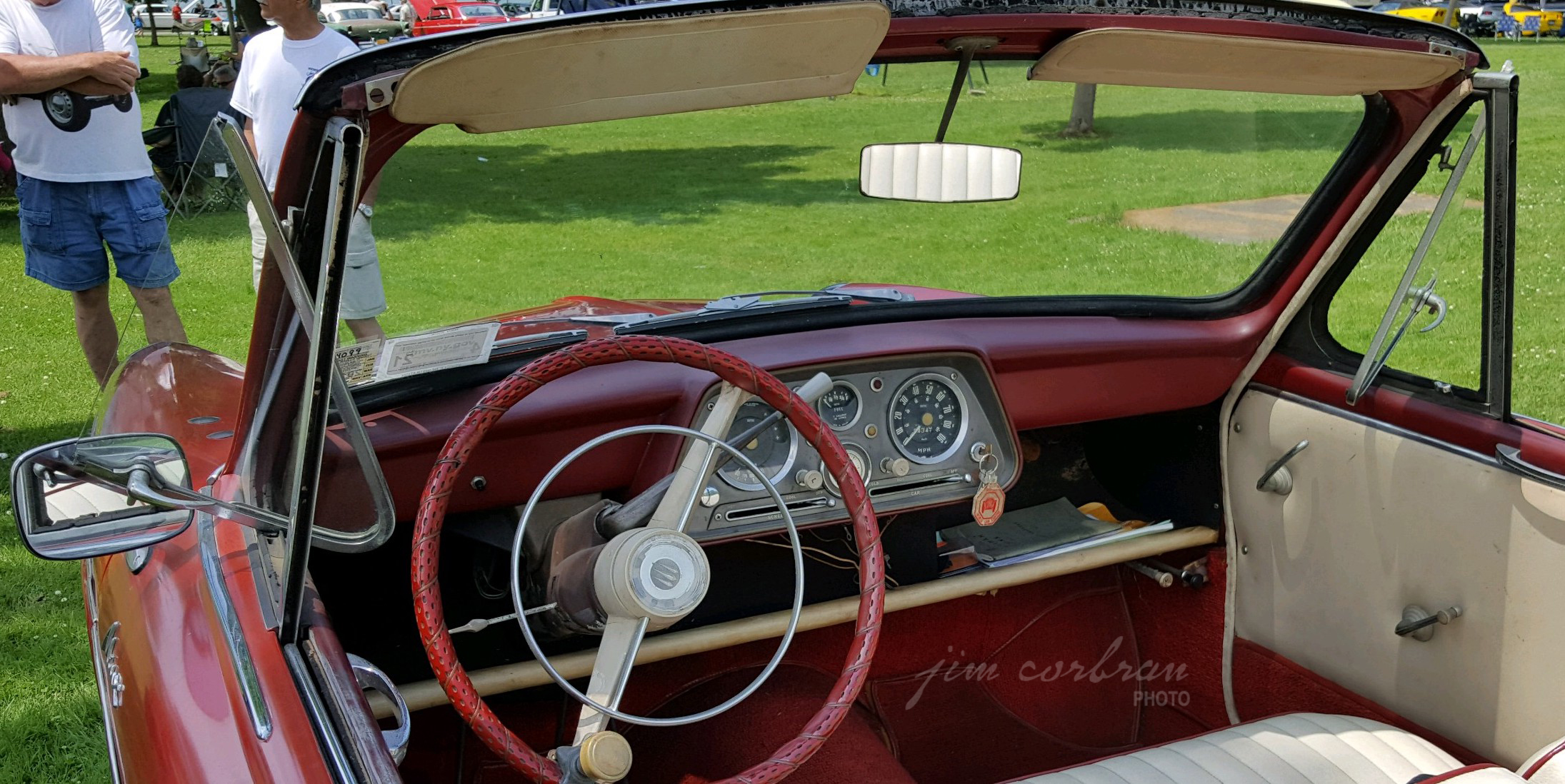 Gowanda’s Steven Botsford brought his 1959 Hillman Minx to this year’s annual Harbor Cruise which was held at Point Gratiot Park in Dunkirk. Don’t feel bad if you didn’t know what this was when you first saw the photos. Not many made it across the pond. Those that did were left-hand drive like this one. As you can see from the dashboard layout, the designers made it pretty simple to locate the steering wheel on either side of the dash. Hillman was a line of cars built in Great Britain by the Rootes Group (which was eventually taken over by Chrysler). And in true British tradition, if the Hillman Minx wasn’t up to your standards, there were badge-engineered (and only slightly different) versions called Singer Gazelle and Sunbeam Rapier. The Minx droptop was advertised by Hillman as the Three-way convertible. The top could be folded fully down or left entirely up, just like most other convertibles of the day. But, it could also be driven “…with the front half of the top folded, [with which] you have the smartest coupé-de-ville.” (Apologies here to Cadillac, I’m sure, Lol.) Scroll down to the bottom of the page to see the folded half-top on a Sunbeam Rapier. A magazine ad from the day pegs the Minx convertible’s starting price at $2,099 P.O.E. —three points to you if you know what P.O.E. stands for.