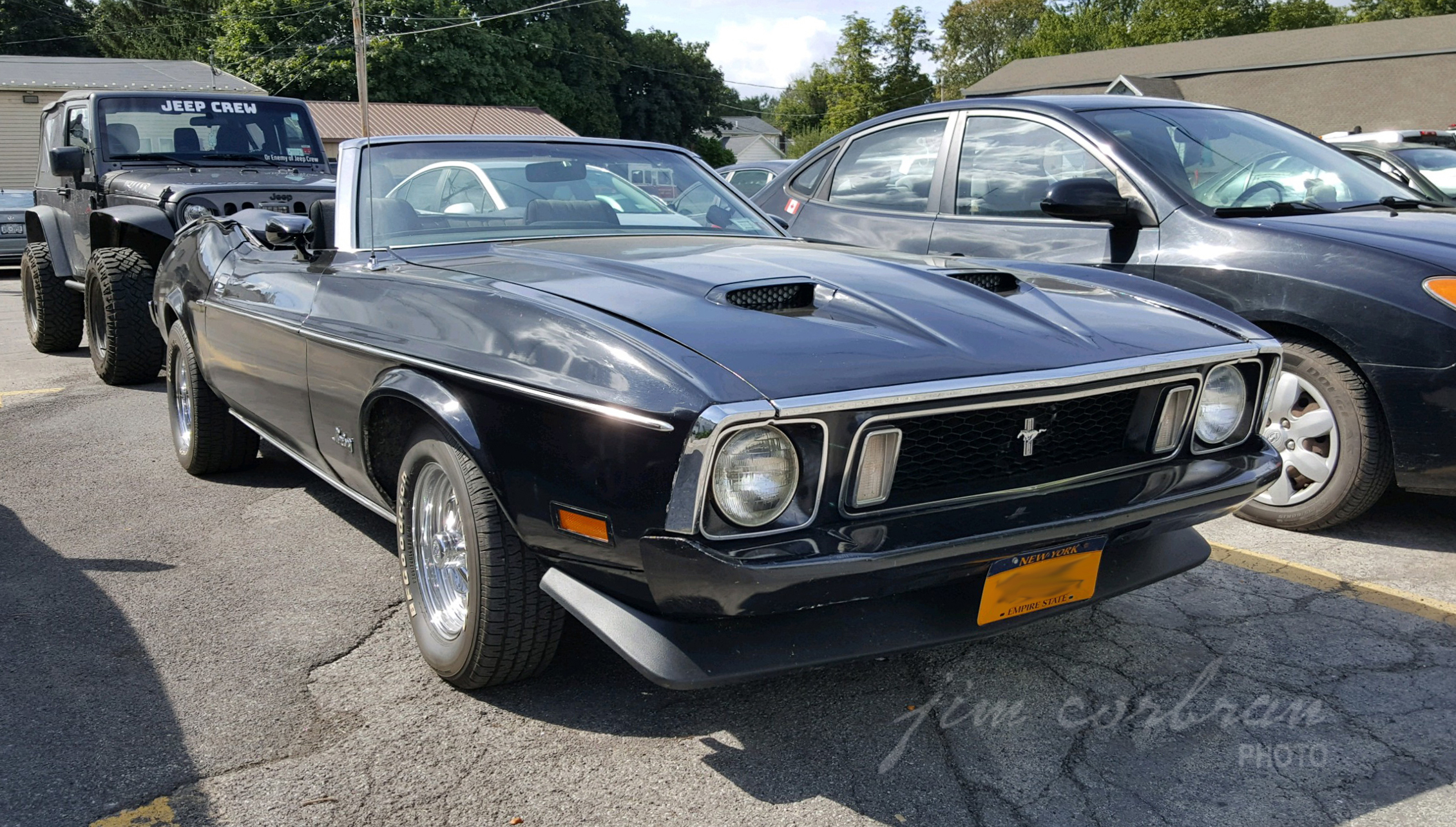 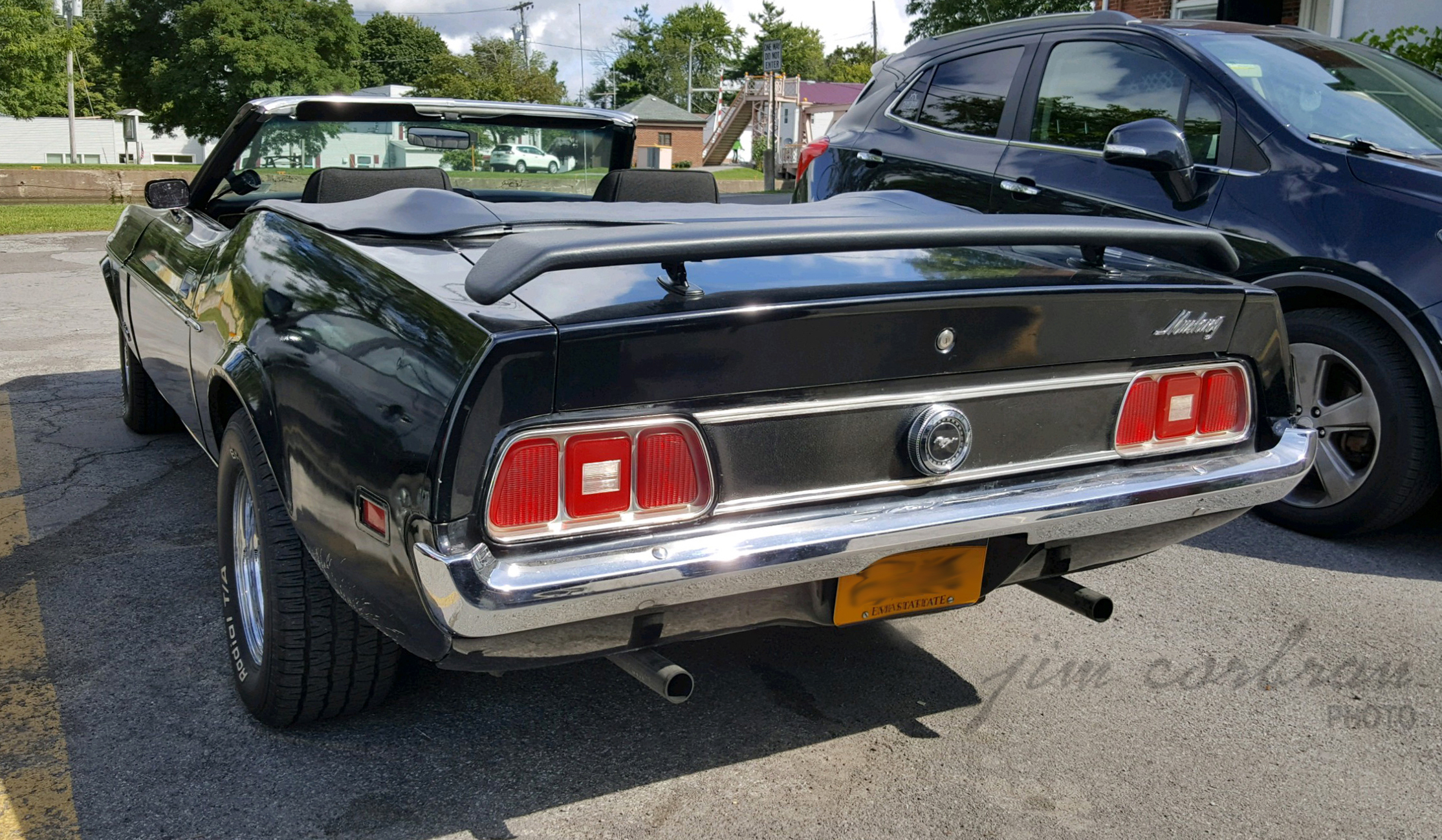 When the 1973 Ford Mustang was new, it was to date the largest Mustang ever sold. And surprisingly, it still is — even with the newly announced 2020 four-door electric Mustang Mach-E, which checks in at about a half-foot shorter than this ’73. Even Ford finally realized this longer-lower-wider game had to stop somewhere, and in 1974 the Pinto-based Mustang II debuted. But, in 1973 there sere still cars to be sold, so the copywriters tried enticing buyers with promises of “Good looks… sporty and sleek,” “Good handling… the low silhouette and compact size make its handling as beautiful as its looks,” and perhaps the most ambiguous — “Great feeling… feels great, looks great.” Sales were actually up by over 9,700 from the almost identical 1972 model. But the new, smaller ’74 cars saw sales increase 286% over the ’73 models. Thank you, OPEC. Saw this nice black convertible last summer in Middleport.