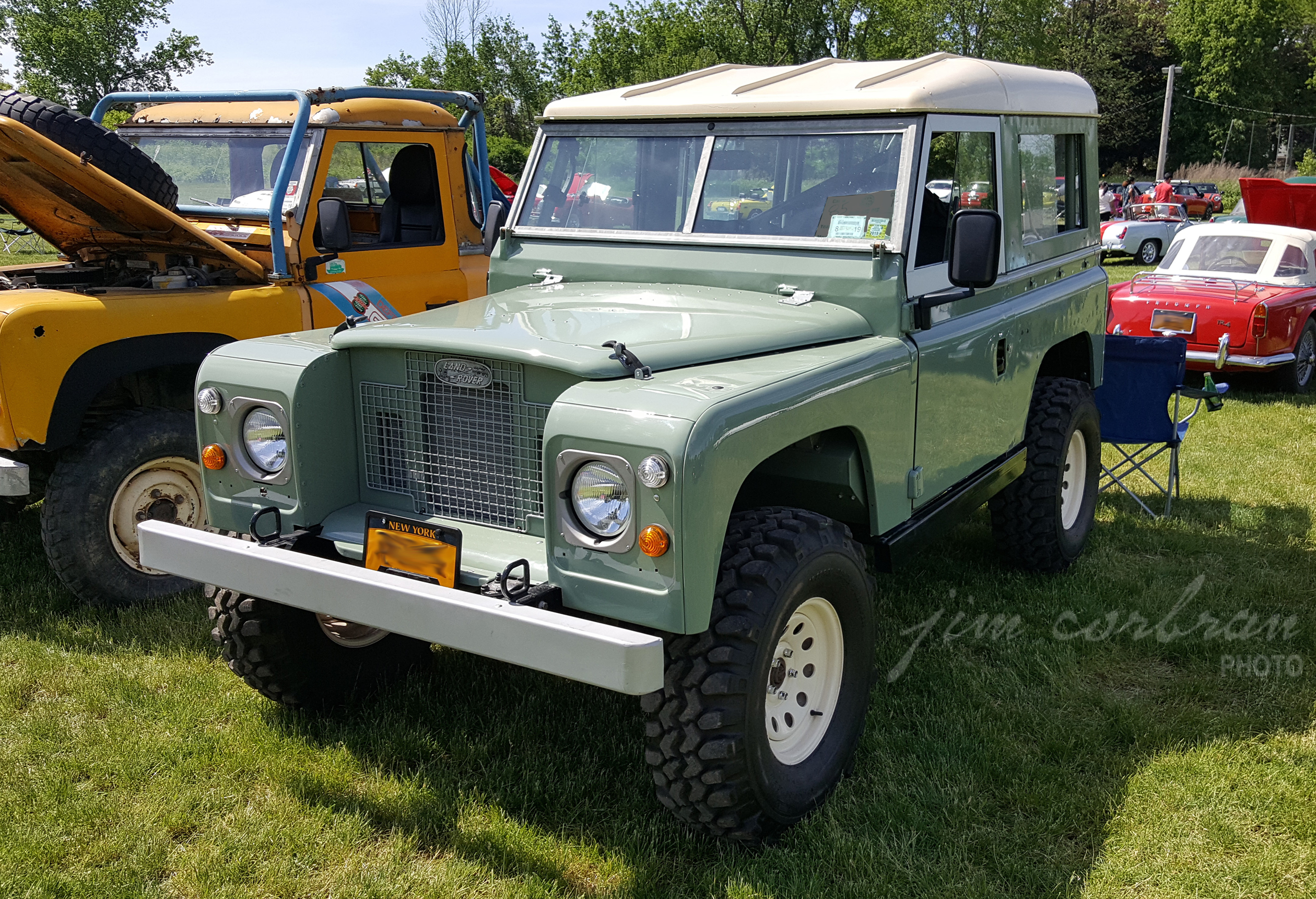 Spotted this nifty 1959 Land Rover over the summer at Euro Car Day at The Angry Buffalo/Rose Garden Restaurant in Williamsville, sponsored by the British Car Club of WNY. Well, at least the registration sticker says it’s a 1959, but the car’s styling would seem to suggest something newer, especially at the front end with the fender-mounted headlights (all 1959 L-Rs I could find had the headlights mounted between the fenders right next to the grille). Perhaps some body parts have been swapped out. The Land Rovers of yesterday were certainly more utilitarian-looking than the Land Rovers of today, which are seen mostly roving around mall parking lots and craft breweries. Available in many body styles to suit many safari party sizes, the Land Rovers of 50 years ago could be had as a long or short wheelbase station wagon, a canvas-topped two door, or an open top Jeep-like vehicle complete with a fold down windshield. According to an article on Hagerty.com, prices of older Land Rovers are continuing on the upward swing, with vehicles in only fair condition commanding prices of over 10 grand. Two-door soft tops, the highest-valued model these days, are selling for close to 60 grand in concours condition! Today’s RealRide certainly looks like it’s been well-maintained over the years — however many years that might be.