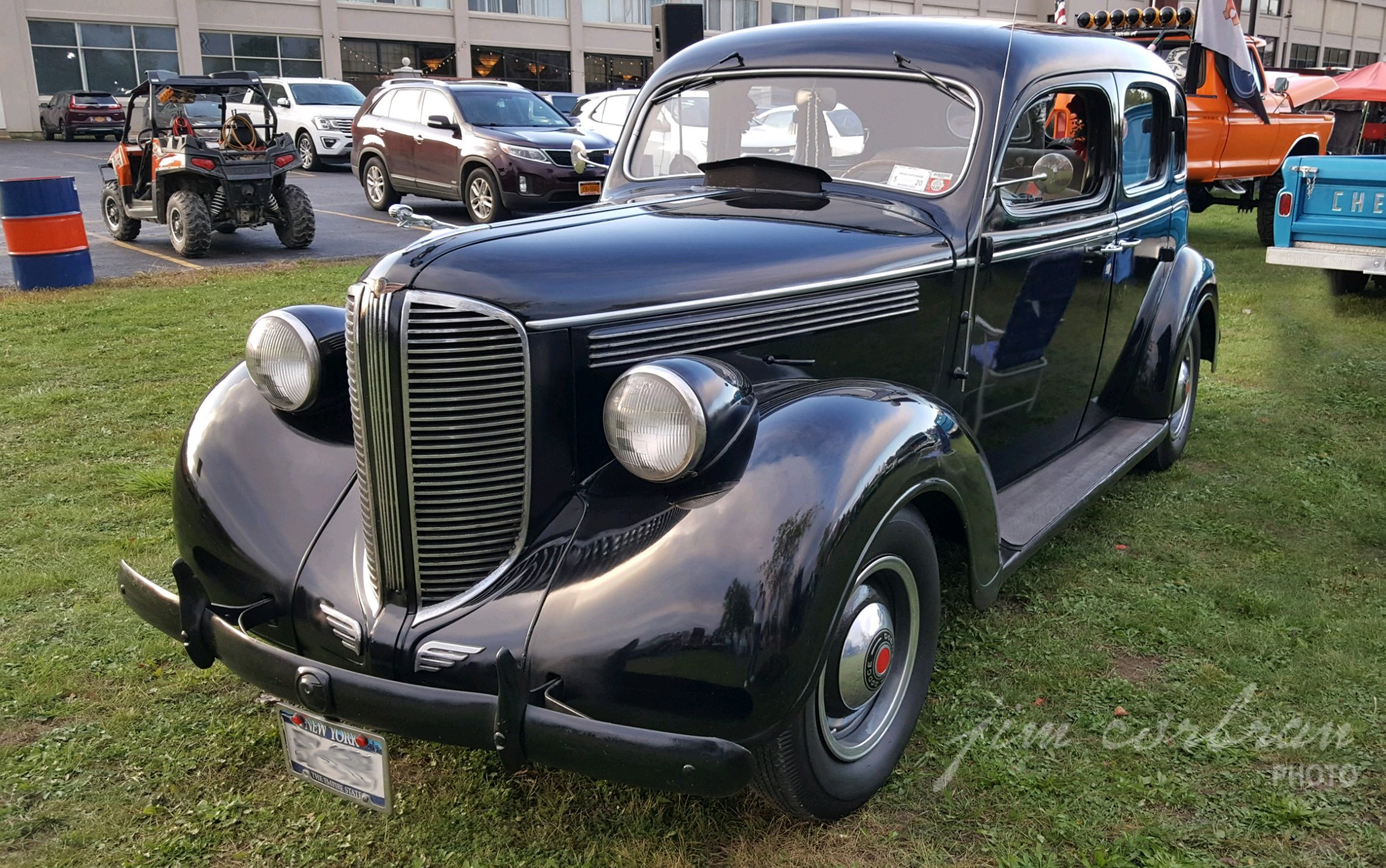 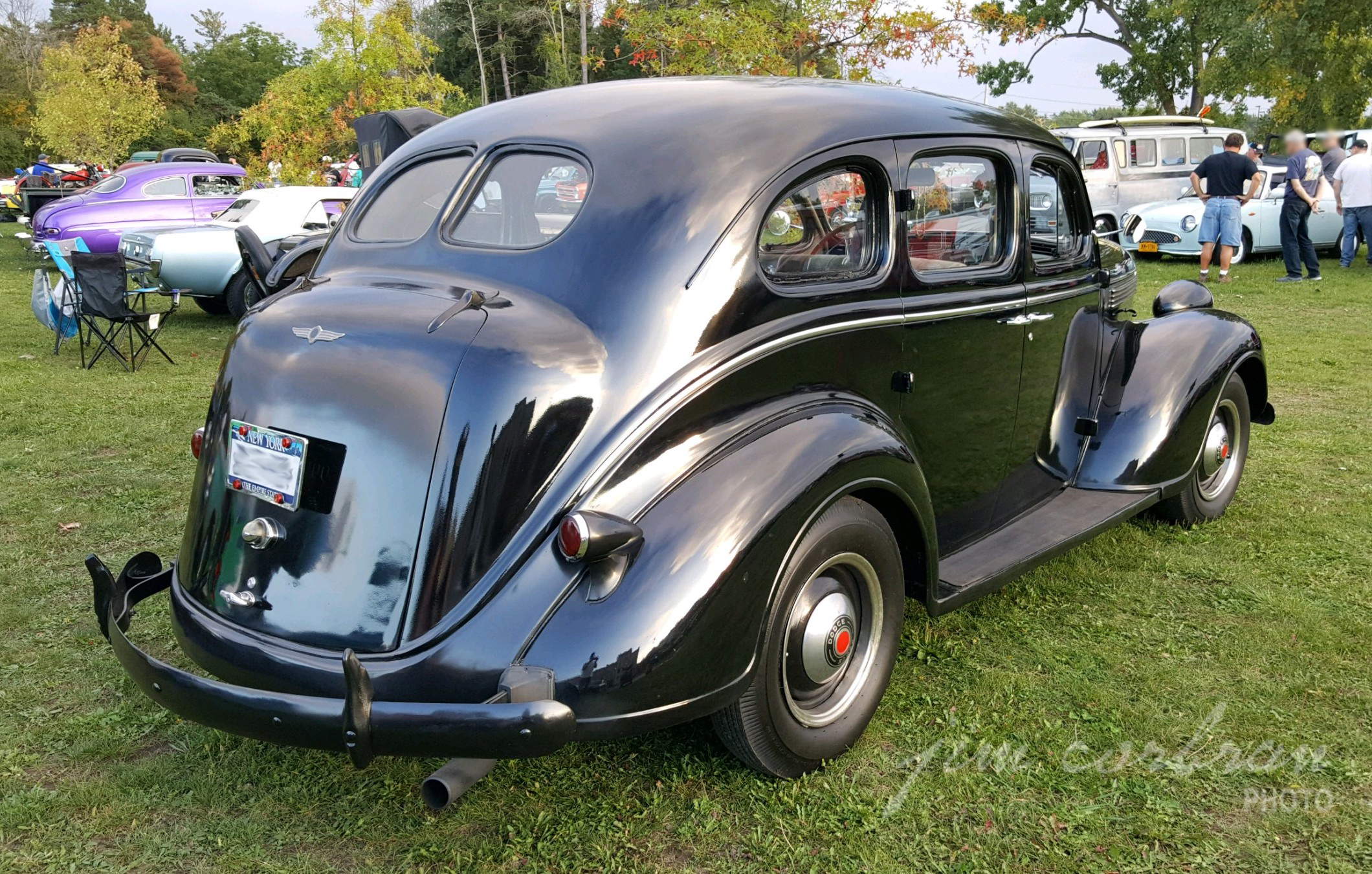 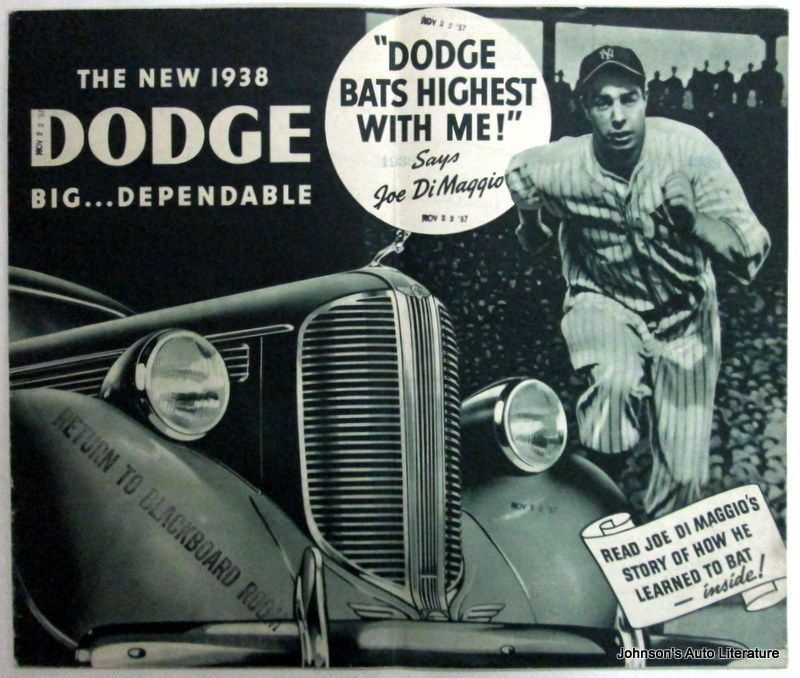 What’s the difference, you may ask, between this 1938 Dodge Touring Sedan and a regular four-door sedan? This one has what Dodge called a built-in trunk, seen in the photo above as the bulge in the rear. Regular sedans’ rear ends went straight to the bumper from the rear window (see the 1937 at the bottom of page).Dodge employed many celebrities to tout their wares in the 1930s — in the ad above we see Joe DiMaggio saying “Dodge bats highest with me!” On the cover of an eight-page newspaper-like flyer, American actress Claudette Colbert “…christens big new 1938 Dodge the ‘American Beauty’ of motor cars!” Visually, the ’38 wasn’t all that different from the 1937 models… but, who are we to argue with Claudette Colbert! Saw this black touring sedan over the summer at a weekly Cruise-In @ the Wurlitzer Building in North Tonawanda.