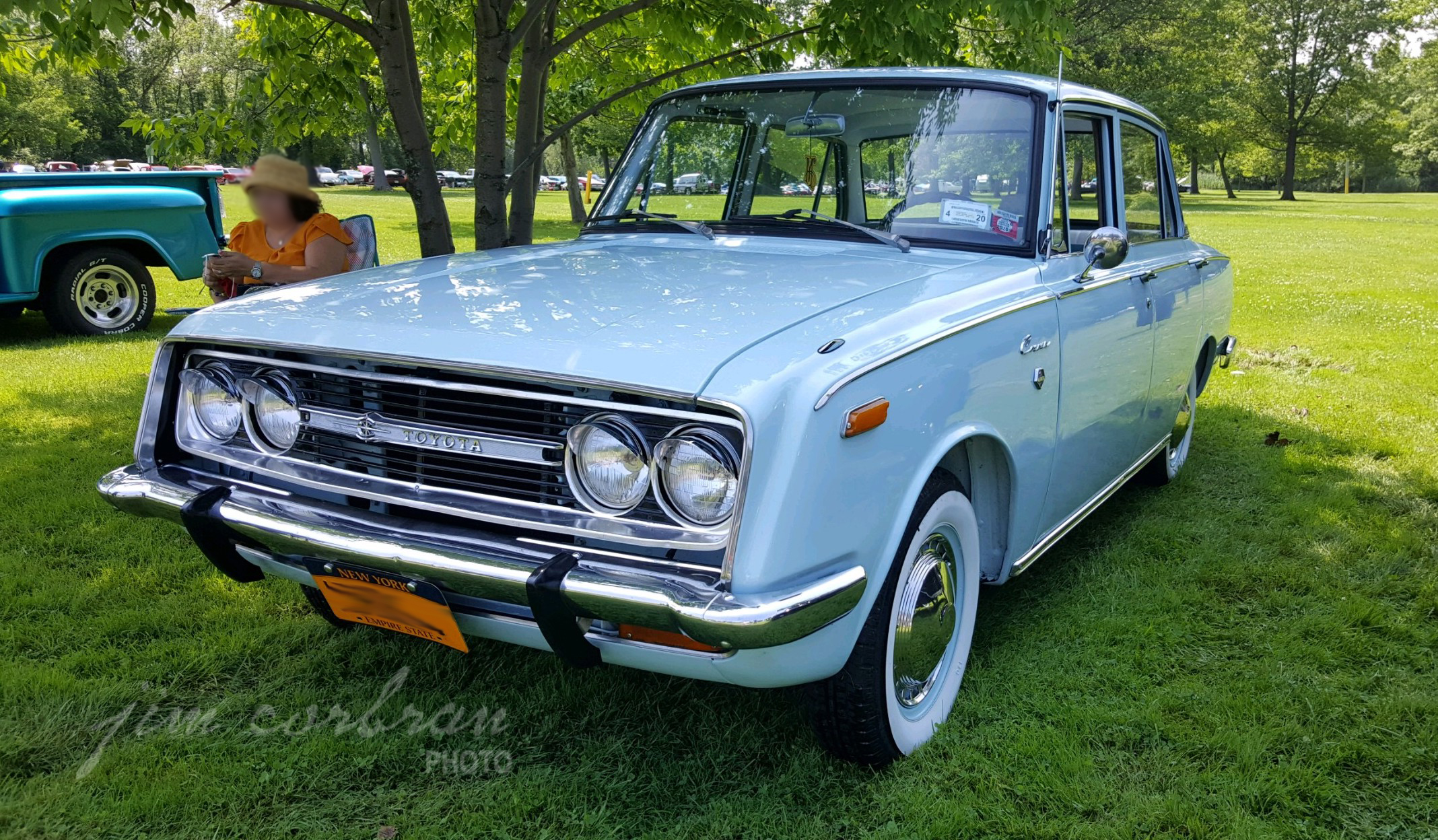 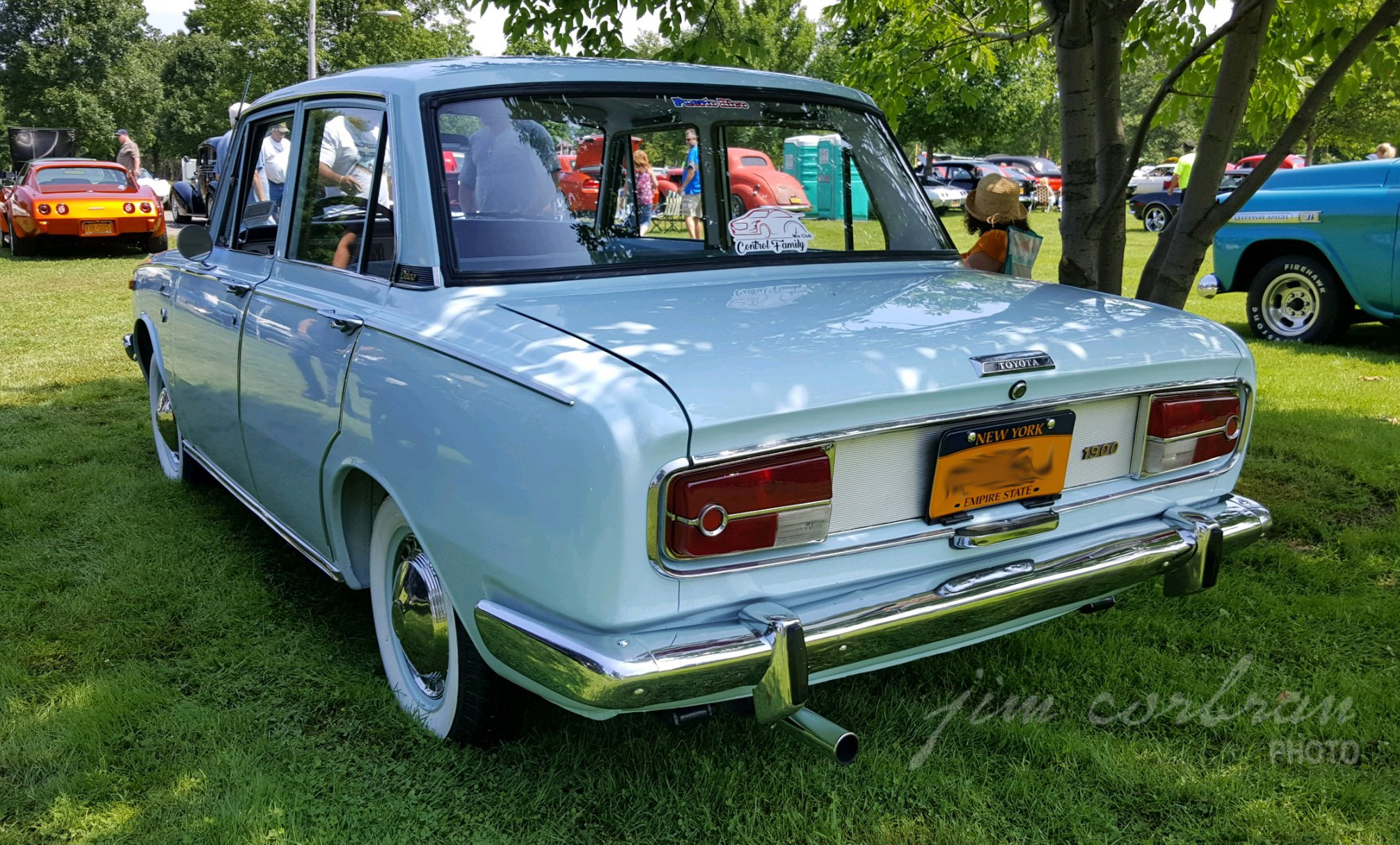 When this 1966 Toyota Corona 1900 hit the showrooms, it helped scrawl the writing on the wall for the demise of Volkswagen’s beloved Beetle. Buyers wanting a smaller, inexpensive, reliable car would no longer have to cram their families into a 30-year-old design featuring hardly any trunk space, an inefficient heater/defroster system, and — let’s be honest — weird styling for the 1960s. The Corona had four doors, a much more usable trunk, was more modern-looking, and could be had with an optional automatic transmission. It was also available in the U.S. as a station wagon and a two-door hardtop. This was the third generation Corona — the one which would introduce Toyota to the masses in America. We found this one over the summer at the annual Harbor Cruise at Dunkirk’s Point Gratiot Park.