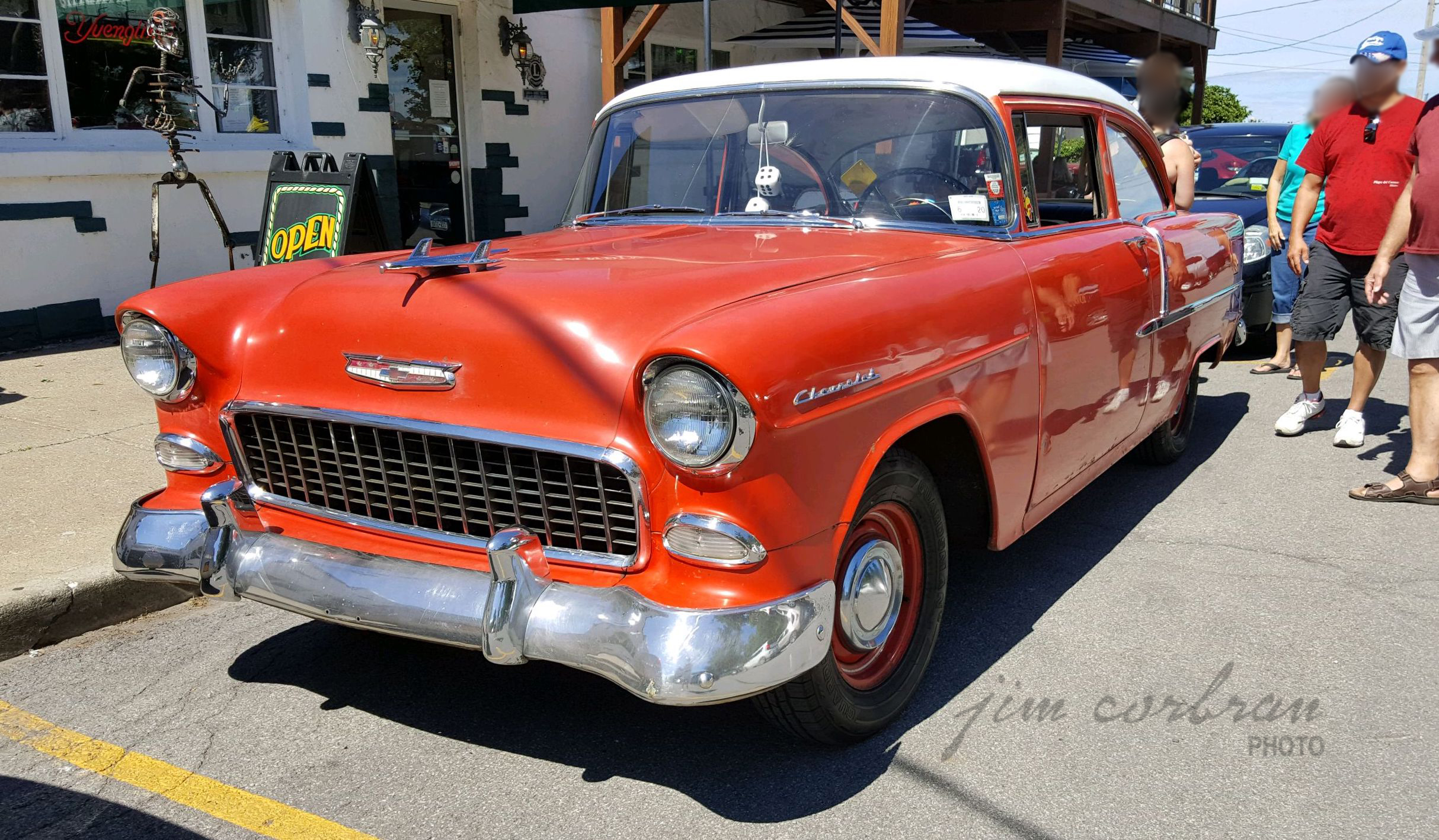 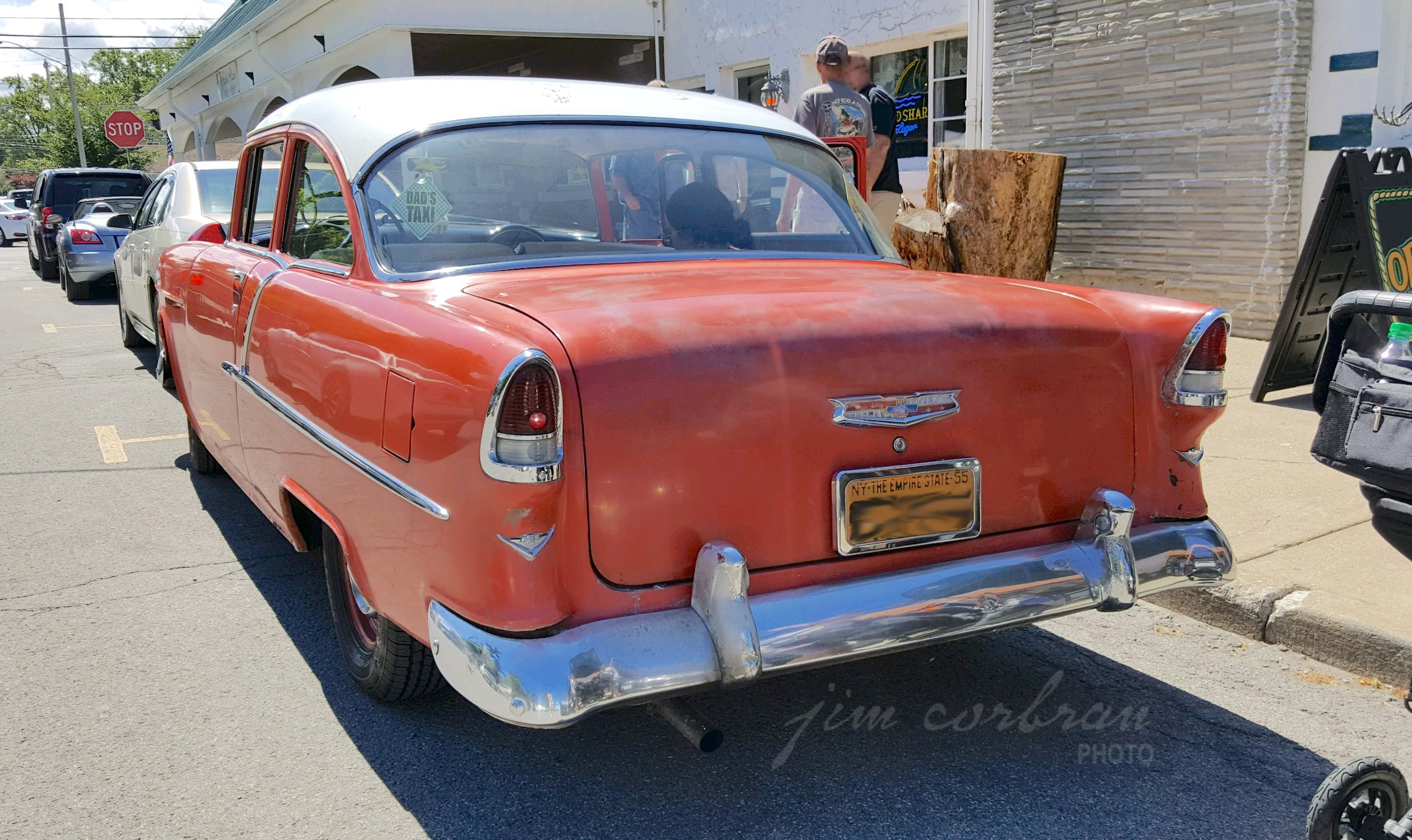 This 1955 Chevrolet Two-Ten 2-door was seen over the summer on the streets of Olcott during the annual Olcott Beach Car Show. The Two-Ten was a notch above the bare bones One-Fifty and just below the spiffy Bel Air. The brochure described its interior thusly: “fashionable two-tone upholstery… smart new appointments… beautifully color-keyed.” The Two-Ten (or as Chevy for some reason kept referring to it as “Two-Ten” with the quotation marks) was also available as a Delray Club Coupe (whose interior featured “…seats, sidewalls and even the roof lining [which] are all of wonderful, washable vinyl,”) and a four-door sedan, two-door hardtop, and two- or four-door station wagon.