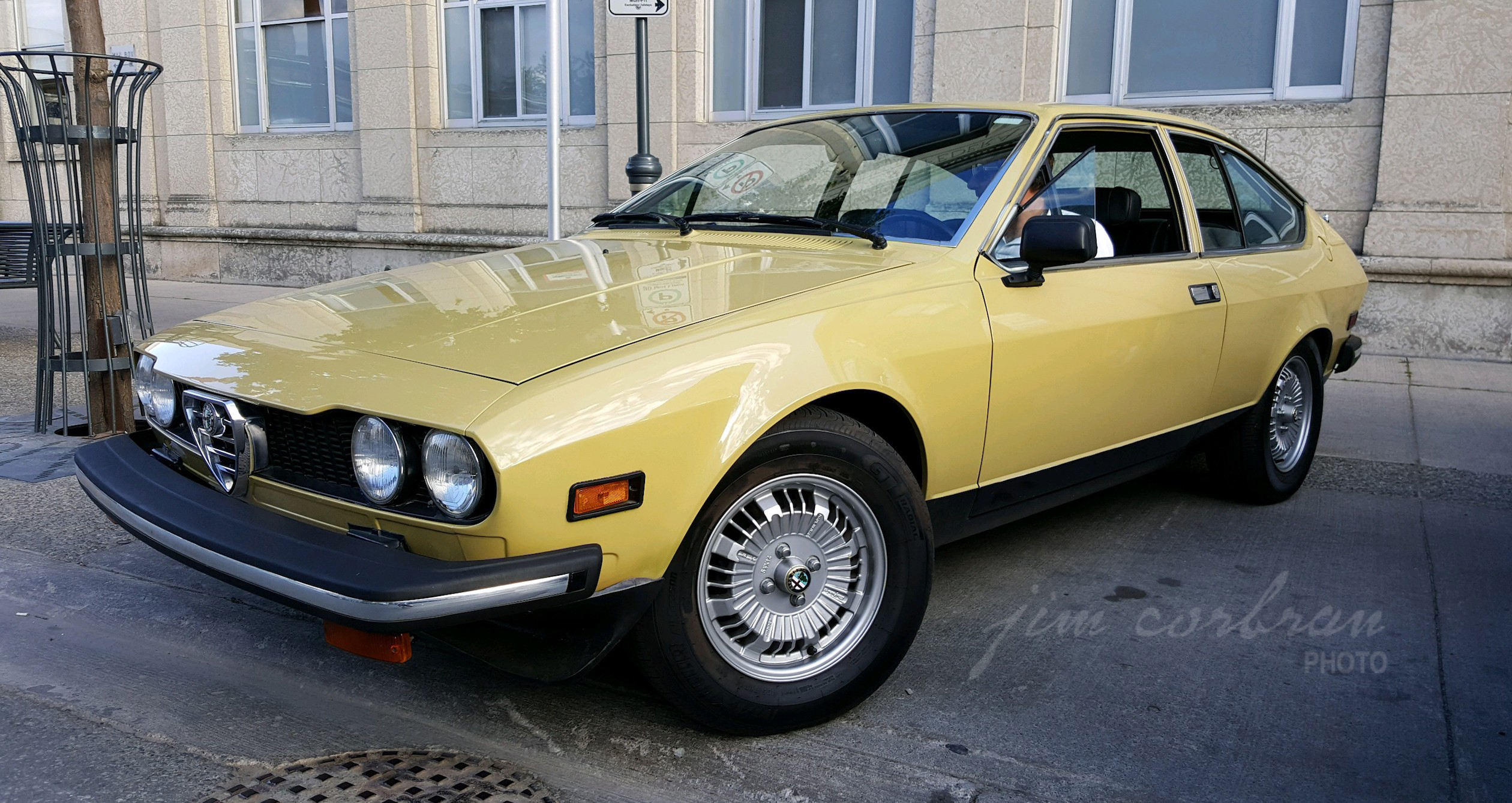 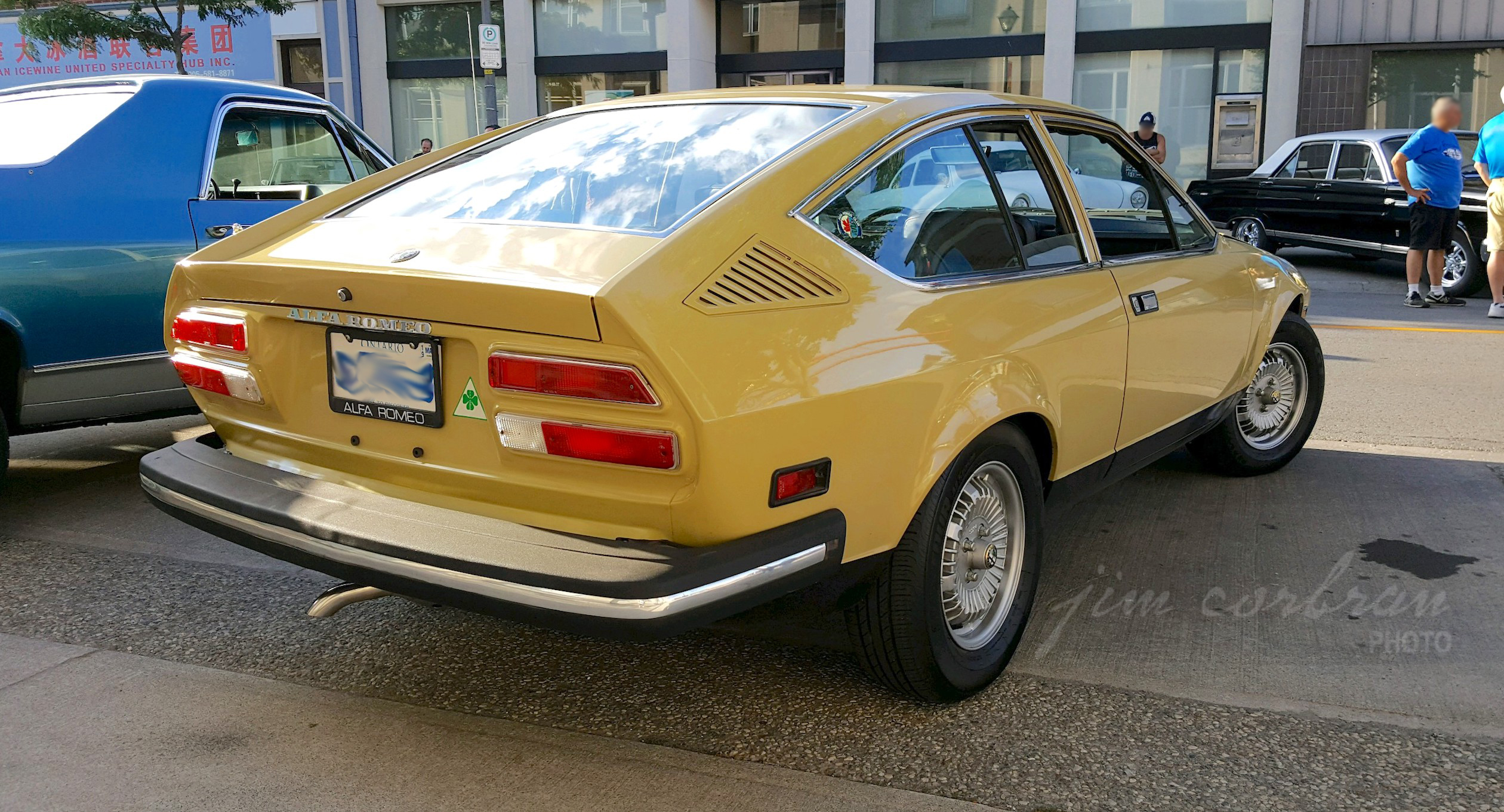 The Alfa-Romeo Alfetta GTV was in production from 1976 to 1982. This one was seen over the summer in Niagara Falls, Ontario on Queen Street at a weekly Cruising On the Q cruise night. We never got a chance to speak to the owner to find out what year this car was, as he (or somebody with a key!) was just pulling away as we approached the car. Alfettas were also offered as a four-door sedan. The GTV was a four-passenger hatchback designed by Giorgetto Giugiaro at Italdesign. Over the course of its lifetime, it was available with engines ranging from 2.0 to 2.6 liters. The Alfetta part of the name was dropped beginning in 1981. From where we sit, this is one of the most handsomely designed cars to grace these pages.