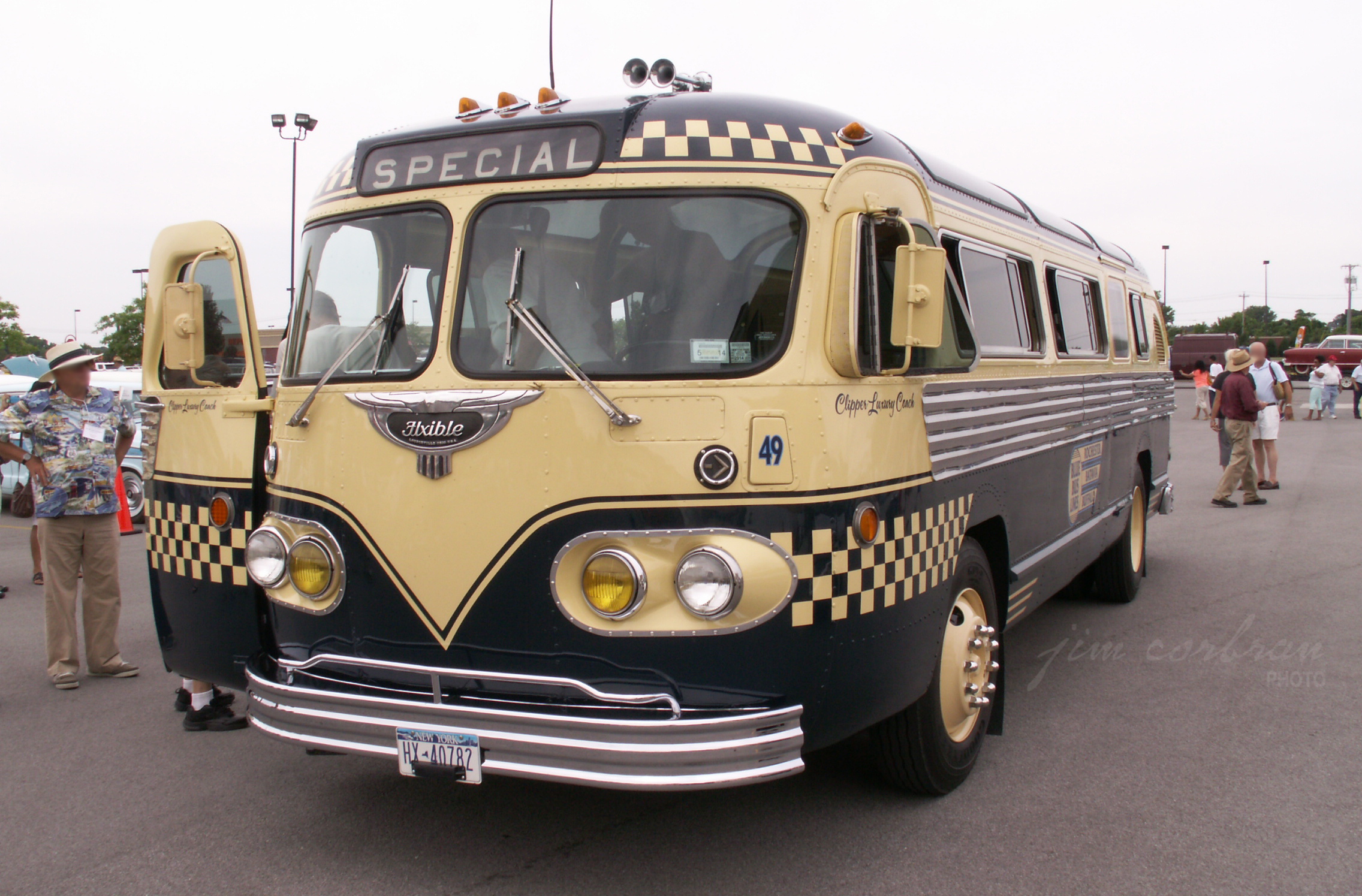 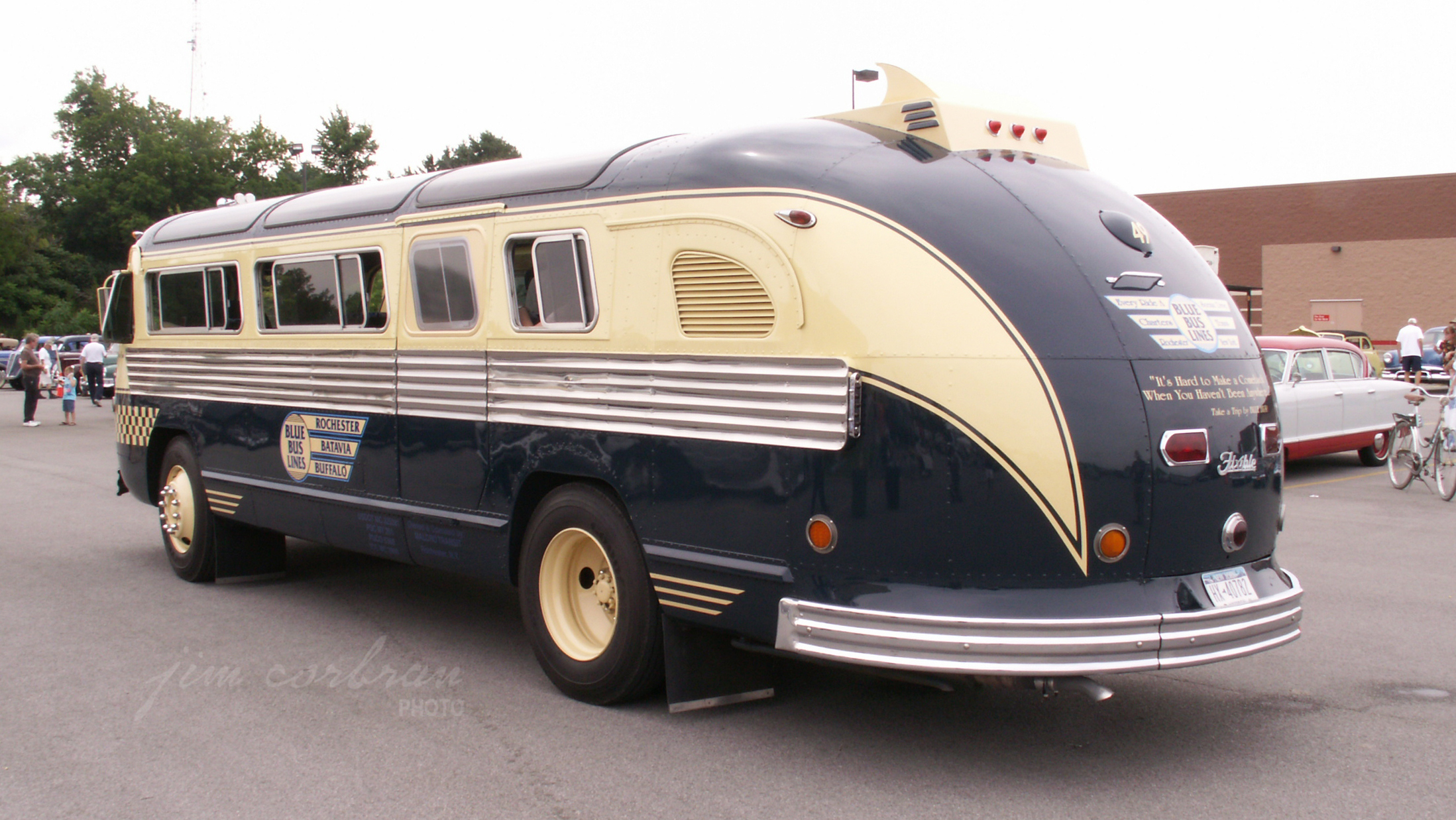 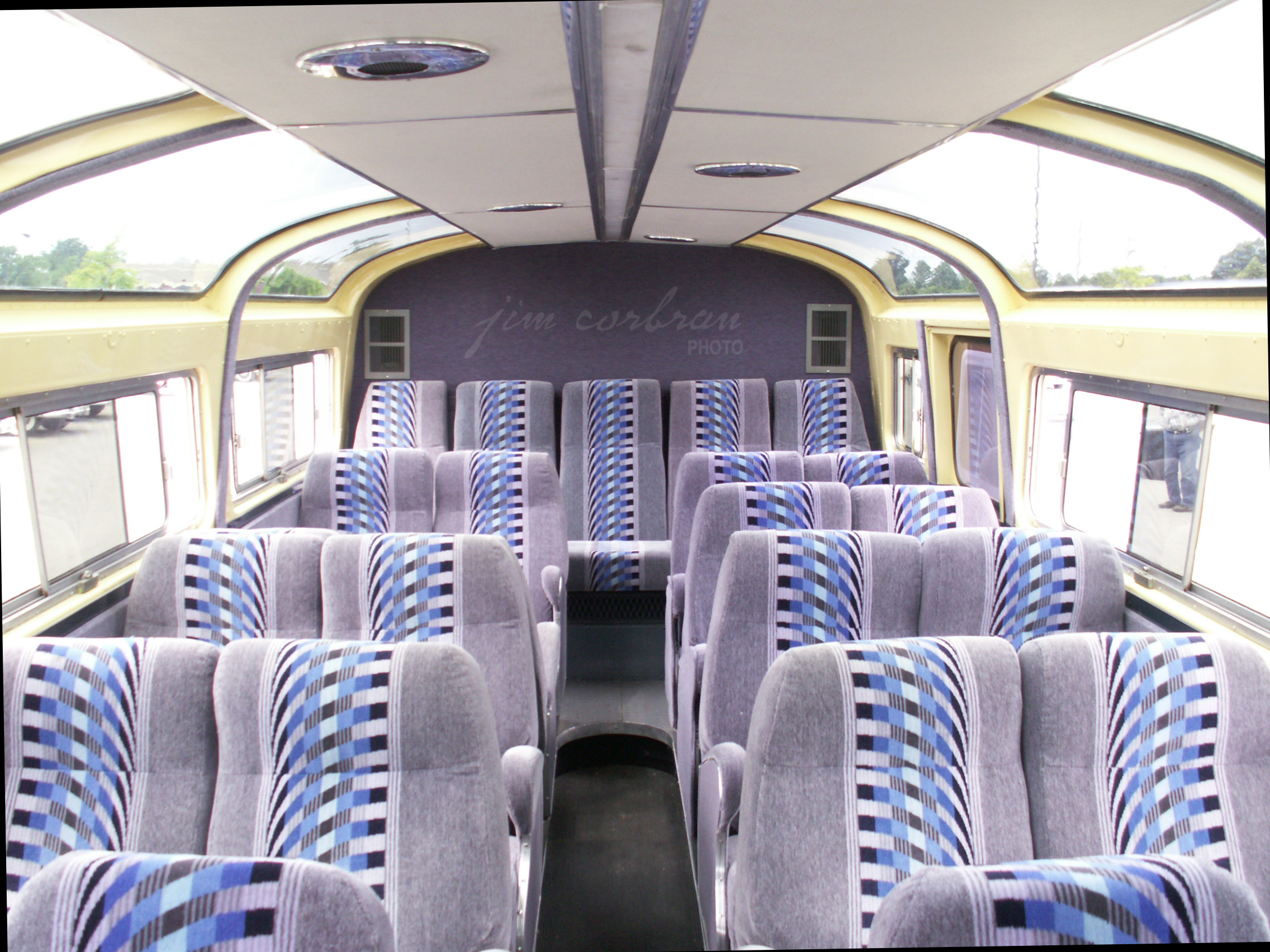 While attending the Grand Nashionals in Batavia back in 2013, I kept seeing this 1949 Flxible Clipper pulling in and out of the parking lot. Eventually I figured that its owner/driver, Rochester’s Bob Malley, was giving free rides to attendees of the Nash/Hudson/Rambler/AMC weekend show. So of course I got in line! Watching Malley go through the gears and steer this behemoth was a show unto itself! A truck and bus lover since boyhood, he found the bus in Kansas and set about restoring it. Originally built for Rocky Mountain Motor Coach of Denver, it’s now festooned in the livery of the old Blue Bus Lines, which ran a Rochester-Batavia-Buffalo route from around 1924 to 1958, when it merged with Valley Bus Lines, eventually joining Empire State Trailways. Malley’s collection is comprised of over two dozen trucks and automobiles. I’d imagine they’re all just as interesting. 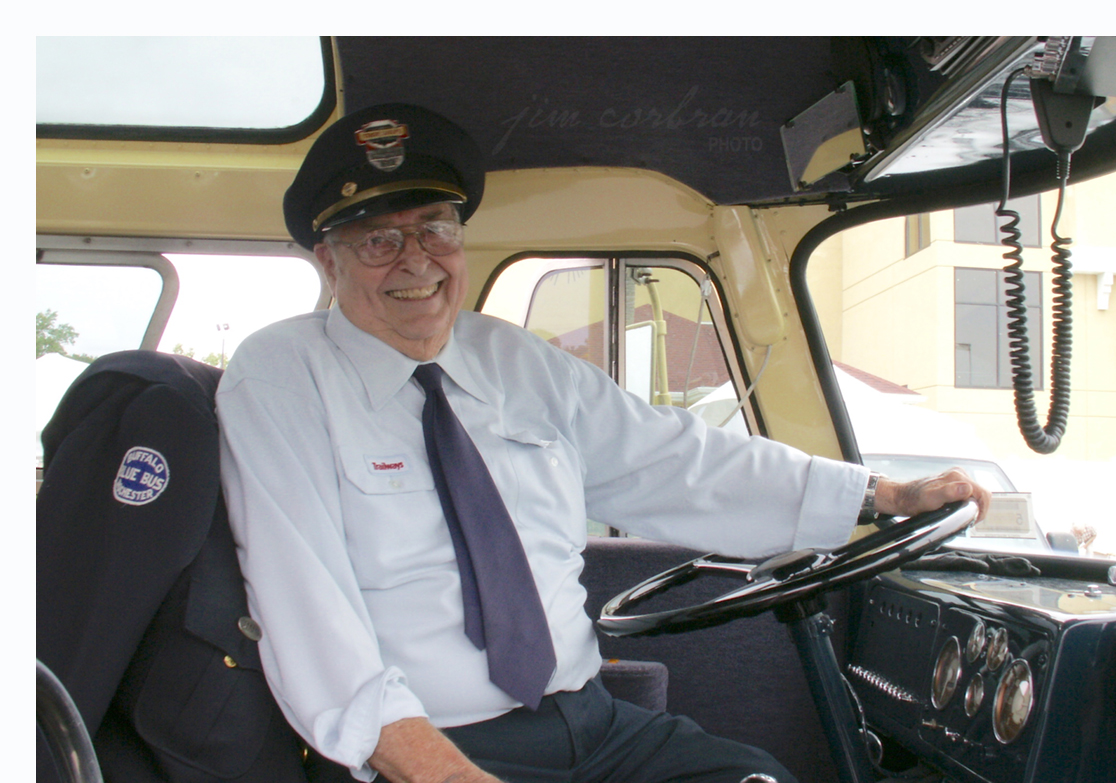