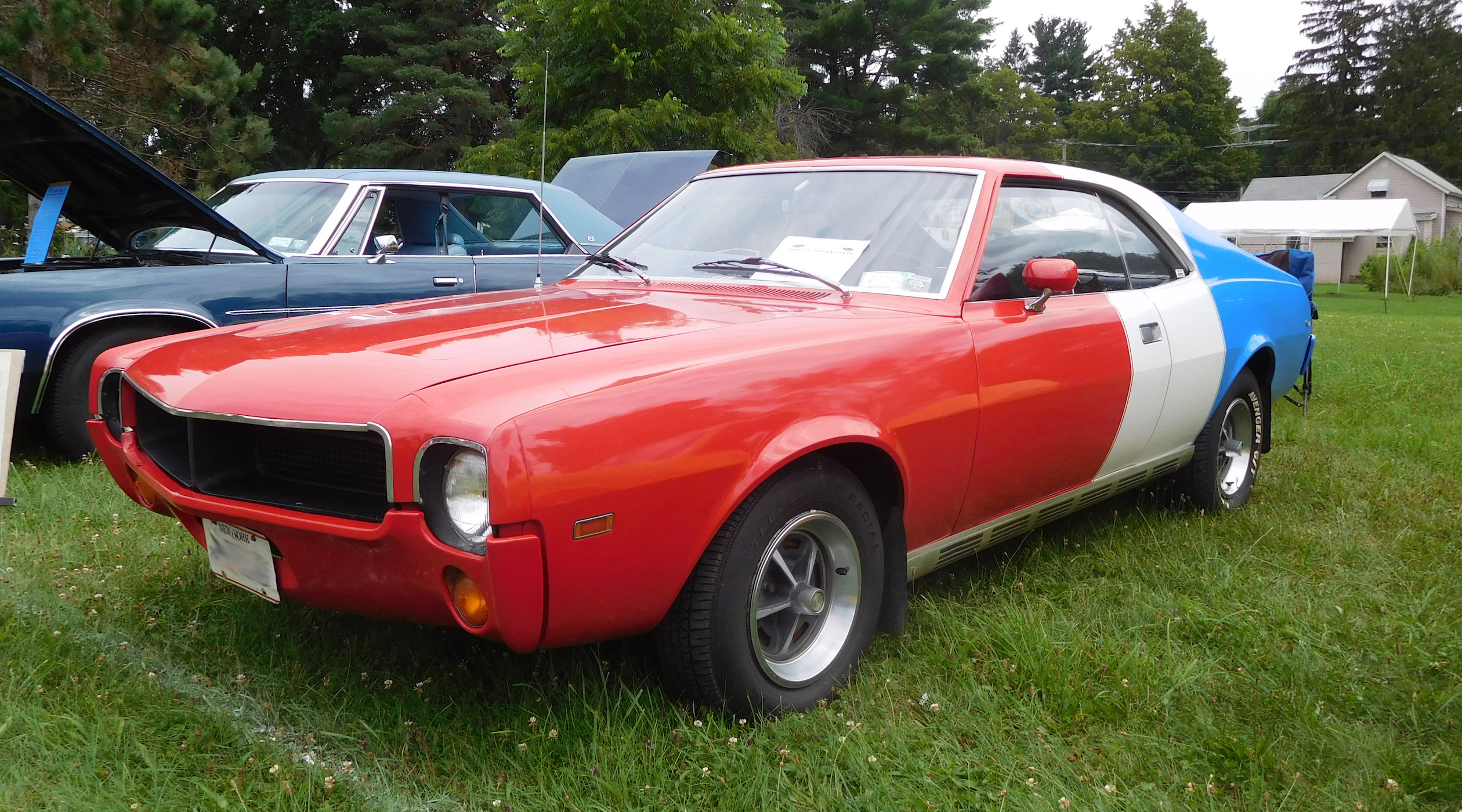 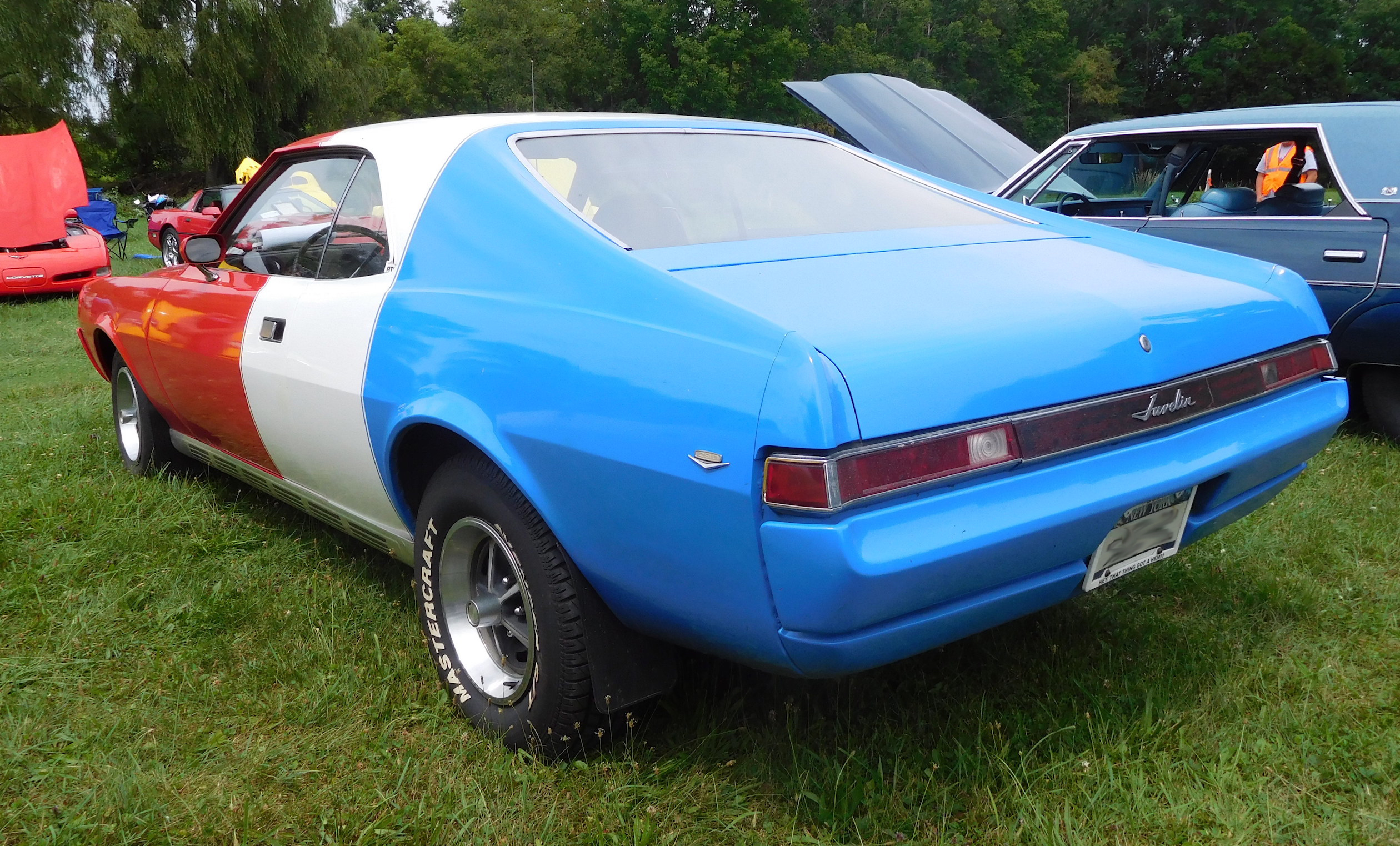 This 1968 AMC Javelin was spotted a few summers ago at the annual car show in Allegany held at the Fireman’s Park. About that paint job: AMC was for a time involved in Trans Am racing, and they wanted their team cars to really stand out on the track — thus the distinctive red, white, and blue paint scheme. Apparently, it wasn’t always exactly the same, as some cars were red, white, and blue from front to back, while others were red, white, and blue back to front. The blue paint also varies from the lighter blue seen on this car, to a darker navy blue. For MY 1970 AMC produced 100 specially equipped Trans Am replicars for the general public (see ad at the bottom of page), to help celebrate the Javelin’s racing success and the signing of Roger Penske and Mark Donahue to represent them in that year’s SCCA race season. 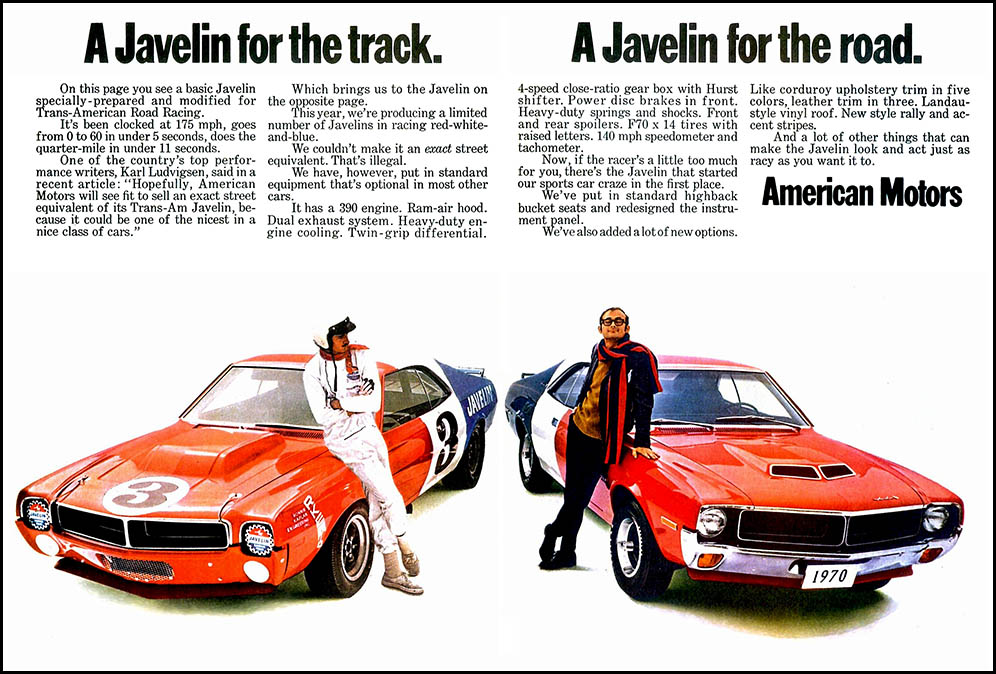